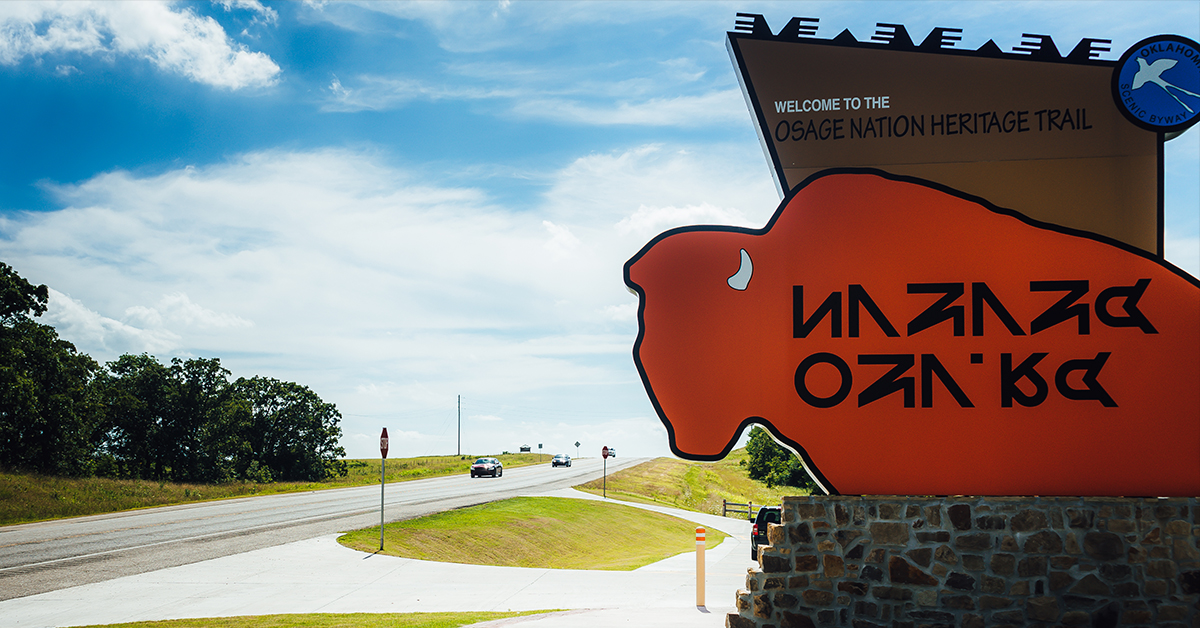 Photo caption: A street-side view of the Bartlesville parcel off of Highway 60 that was approved for federal trust status for the purposes of gaming on June 26, 2020. CODY HAMMER/Osage News

The Osage Nation’s land-into-trust applications for two parcels at Pawhuska and Bartlesville are now approved and published in the Federal Register, allowing the Nation to pursue expanded gaming and hotel plans at both sites.

“With these approvals, the Osage Nation will be able to build and operate new Osage Casino/Hotels in prime locations on highway property in Pawhuska and Bartlesville. The lands are 100% paid for,” the Office of the Chiefs said on social media. “This is great work by Osage Nation employees, Osage Casino staff, attorneys and others from Osage Nation who worked with federal officials to overcome numerous challenges to make this happen.”

The Osage County land tracts at issue include approximately 125 acres located two miles west of Bartlesville just south of U.S. 60 and 63.1 acres in Pawhuska at the three-way intersection of State Highway 99 and U.S. 60 across from the El Vallarta restaurant. The applications were first submitted to the Bureau of Indian Affairs (BIA) in 2014 and 2016, respectively.

Expanded gaming and hotel amenities on the new trust lands means the current long-time Pawhuska and Bartlesville locations will eventually relocate. The Pawhuska casino opened in 2003 located on the Pawhuska Indian Village property and in 2006, the Bartlesville casino opened on country property located approximately five miles west of State Highway 123 and four miles south of U.S. 60.

“With this action, the Osage Nation can now move forward on its economic development plans and enjoy the benefits of its lands,” Sweeney said in a July 17 statement. “I congratulate Principal Chief Standing Bear and the Osage people on this achievement. Your success is a testament to your determination to bring greater prosperity to the Osage Nation now and for generations to come.”

In the joint statement, Standing Bear said: “Land is central to the Osage way of life. We are celebrating today because the approval of our Pawhuska and Bartlesville trust applications returns some of our land to us with full tribal authority. Interior Assistant Secretary Tara Sweeney, her deputy, Mark Cruz, [Office of Indian Gaming] Director Paula Hart and Deputy Director Maria Wiseman each deserve high praise for their diligent and prompt action to approve our applications after they languished for nearly a decade in the dust bins of the federal bureaucracy. Now the Osage Nation will begin at once to turn dirt and construct new amenities on these parcels that will help boost our region’s economic recovery from this COVID-19 pandemic.”

For the Bartlesville land, Sweeney’s statement notes: “The Nation proposes to construct a casino of approximately 57,400 square feet and a hotel with 150 rooms and approximately 11,800 square feet of meeting space. The (Interior) Department is taking the property into trust pursuant to Section 5 of the Indian Reorganization Act (IRA) and under a determination that the trust parcel is eligible for gaming pursuant to Section 20 of Indian Gaming Regulatory Act (IGRA). The Department also determined that the parcel is eligible for gaming pursuant to the “Oklahoma Exception” of Section 20 of IGRA, which authorizes gaming on lands acquired by the Secretary in trust for the benefit of an Indian tribe after October 17, 1988.”

Sweeney also said, “the Nation will move its existing Pawhuska Osage Casino to 17 acres on the site and eventually replace it with a proposed casino and hotel project that will be located approximately 300 feet directly across Highway 99/60.”

On July 17, both Pawhuska and Bartlesville land acquisitions were published in the Federal Register, which is the daily journal of the U.S. government.