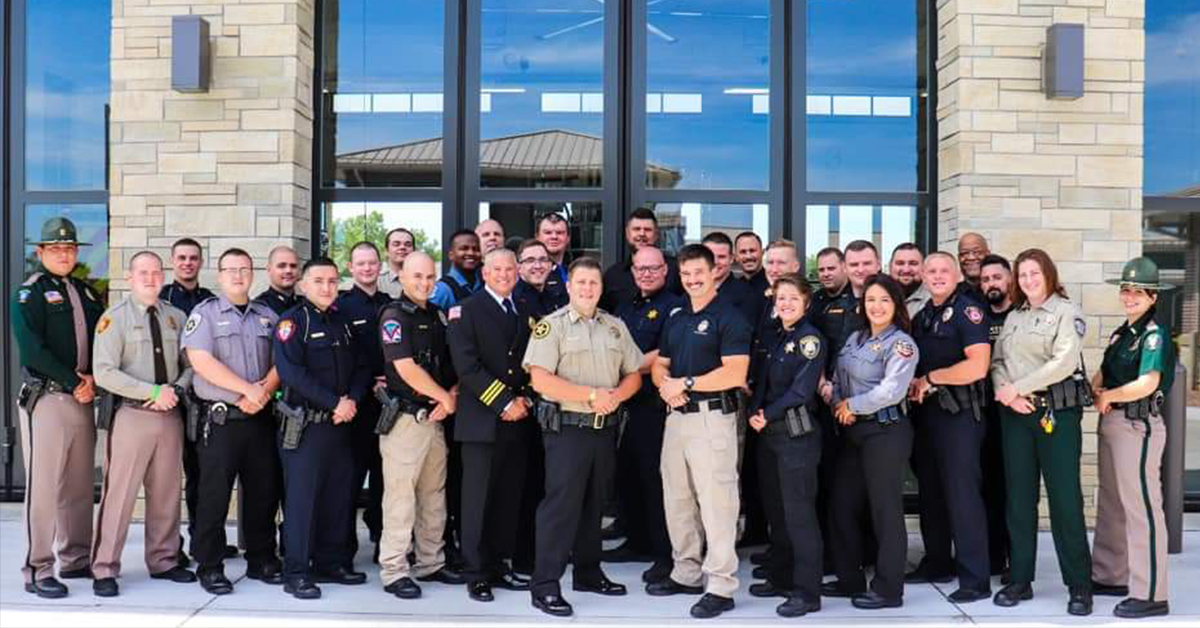 Berbon K. Hamilton and Lauren BigEagle are now certified police officers in the state of Oklahoma after completing the Oklahoma CLEET Academy in June.

CLEET, which stands for the Council on Law Enforcement Education and Training, is the certification requirement for any peace officer in Oklahoma. To become CLEET certified, individuals must take 576 hours of basic training that ranges from driving tests, firearms and safety training, technology, criminal investigation training, domestic violence and sexual assault training, defensive tactics training and a written exam.

Hamilton, 21, is a member of the Osage Nation and a citizen of the Cherokee Nation. He graduated from Sequoyah High School in 2017 and began a career working in security at gaming establishments for both the Cherokee and Osage. He began working for the Osage Nation Police Department in December of last year.

“I plan to enlist in the Air National Guard and have considered continuing my education in Criminal Justice,” he said. “I look forward to serving the Osage people.”

Hamilton is the former Drumkeeper for the Pawhuska District and belongs to the Hamilton, Pryor and Strike Axe families. He said while serving as Drumkeeper, he saw first-hand how precious Osage culture is and how it needs to be protected.

BigEagle grew up on military bases, as her stepfather was in the military.

“When I was in high school, I originally planned to make a career out of the military myself. However, when I was still in high school, my family moved back to Oklahoma. Even with all of the places I have lived, I decided to make Oklahoma home for my adult life,” she said.

She started her career in law enforcement in 2018 as a detention officer. In December of 2019, she began working with the ONPD.

In her free time, she enjoys spending time with family and she is a proud mother of a “handsome little boy who loves going out to look at the buffalo herds on the prairie.”

“I am honored to have the privilege of serving the Osage Nation.”