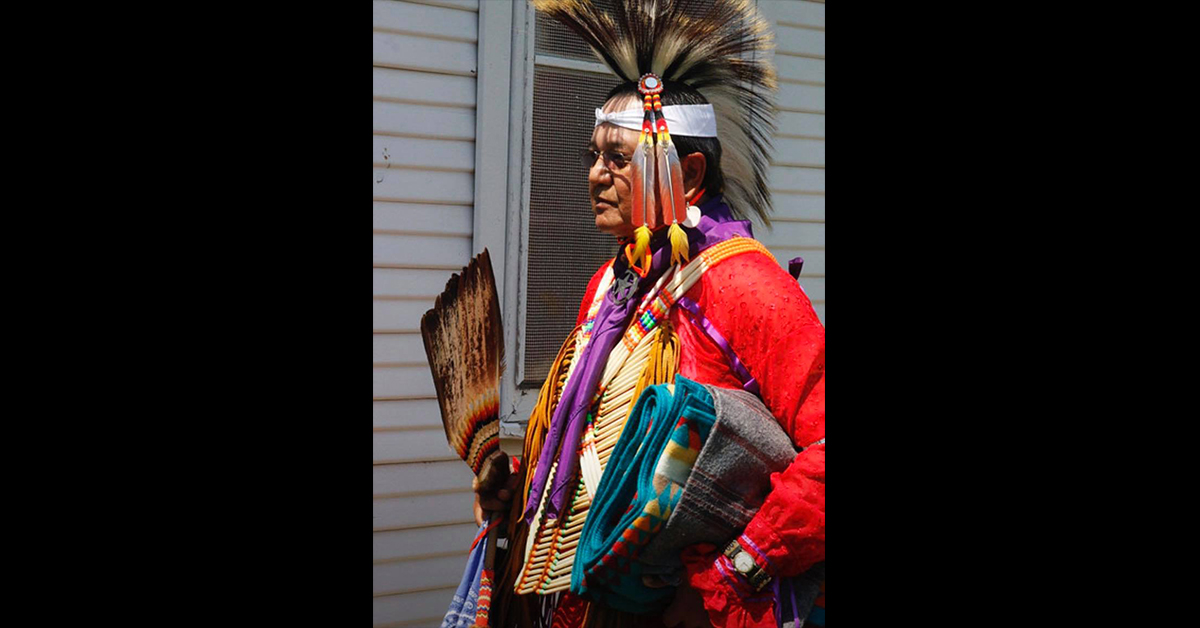 On August 13, 2020, at 5:37 p.m., Milton Joseph Cunningham peacefully passed away in the company of his dearest loved ones in the comfort of his own home.

Milton Cunningham grew up going to the Immaculate Conception Catholic Church and lived most of his life in Pawhuska. He has raised three daughters and has been blessed to celebrate the life of three grandchildren. Milton was of the Ponca Peace Maker Clan. His Osage name was Wa.Ska.Tse. He enjoyed praying, relaxing, spending time with his wife, daughters and grandchildren, fishing, dancing, singing, and traveling - these were some of his pure joys. Milton led a traditional life attending the June Inlonshka Dances, learning his traditional language, singing, dancing, and was a member of the Native American Church.

Milton has been a strong fighter against cancer since 2006. Throughout Milton's battle, he had courageously found the energy level to continue dancing for many years. Milton enjoyed serving as a Tail Dancer for the Wa.Xa.O.Li Pawhuska District for the families of Bruce Cass and George Stabler Jr.; he had also served as a water boy in his younger years and served on the committee in his older years. Milton has also had the honor of singing under all three district arbors. Milton would prepare physically for June all year long despite the ailments of his body. June was his favorite time of year because of his love for his traditions, culture, and people.

Traveling was one of the many aspects of Milton’s life that always brought a glimmer to his eyes when he spoke. Milton has traveled across the United States and Canada to both sing and dance. He was original in his fashion and style of dance. His originality and style have captivated the attention of many across the country. Milton traveled to nineteen powwows in one summer and took home prize money from seventeen of them - something he was proud to accomplish. Milton’s years of singing paid off in the dancing world as he could catch every trick song thrown his way.

Milton has been through many trials and tribulations, from getting in a car wreck that put him in a coma which led to him having to learn to walk and talk again, to losing a baby girl, and on to battling cancer. Through each trial and tribulation, Milton found strength in his faith in God, Jesus Christ, and the Holy Trinity. His life was the living proof of the power of prayer.