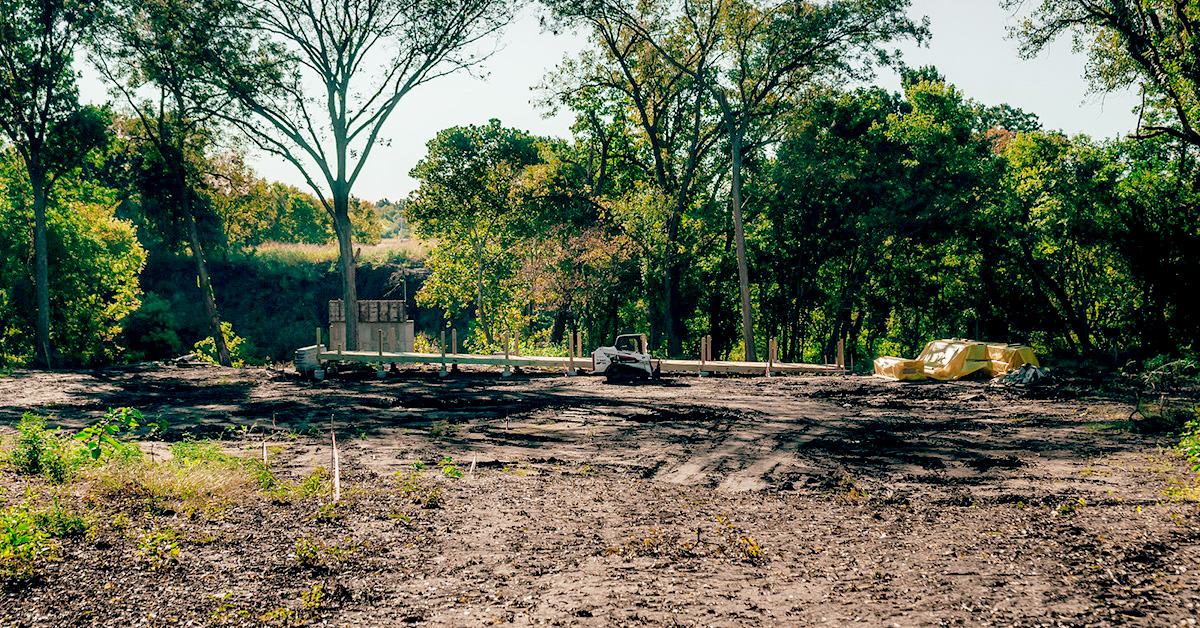 Photo caption: A view from Main Street in Pawhuska shows the construction of a new bridge that will be part of EcoPark. The park will be open for the community in 2021. CODY HAMMER/Osage News

The former Communities of Excellence department received a $1.2 million grant in 2015 to begin construction on Eco Park, a community park the likes Pawhuska had never seen.

Architects were hired, blueprints and renderings were made, but after employee turnover, a change in leadership and priorities shuffled, the project stalled.

Nearly five years later, the task has been given to Jann Hayman, director of the Department of Natural Resources. She said the contract date for completion of the trails and bridges is Dec. 28. The project has cost $1.7 million and will have approximately 5,000 linear feet of nature trails and approximately 1.5 miles of ADA accessible trails.

“The plans have shifted from what was originally proposed, but we are working to keep a lot of the same features in a more functional way,” she said.

The park is located on 70 acres on the Nation’s Bird Creek Farms and will be open to the community but will display specific signage related to Osage culture and language throughout the park, Hayman said.

Bird Creek Farms is located off of Lynn and Midland avenues, along the bank of Bird Creek. Visitors to the park will enjoy water features such as small rapids, rocks and trees, and possibly areas for fishing.

“I anticipate there being a ribbon-cutting, for both the park and the farm,” she said, once the new buildings are also completed for Bird Creek Farms. “Both of these developments create a tremendous opportunity for our Osage people to be part of not only our food security endeavors but also to showcase the importance of the land to our people.”