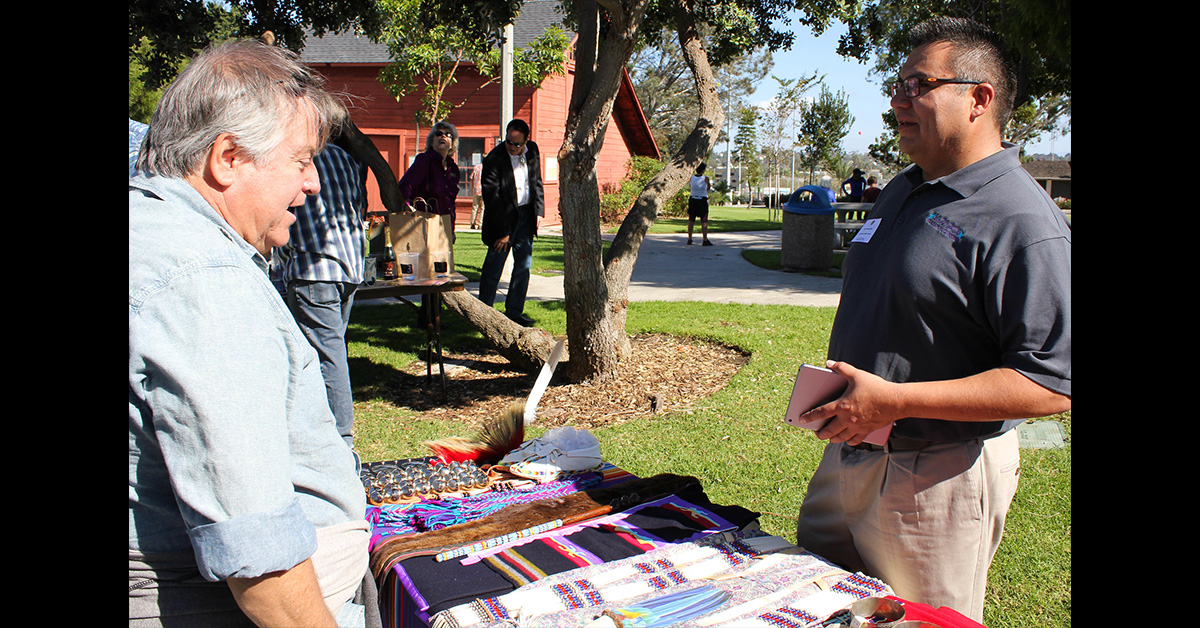 The Regional Gathering Fund has created a lot of discussion among Osages recently.

The fund, established in 2011, offers grant funds to Osage organizations to help with meeting costs, no matter where they gather in the United States. According to the law, organizations can receive up to $2,500 per meeting, twice a year. The funds can be used for space rental, meals, audio/visual equipment, honorariums for nonemployee speakers, supplies, materials, nonalcoholic refreshments and other costs of the gathering.

Organizations such as the United Osages of Southern California, Northern California Osage, Texas Osage Association, Osage Shareholders Association and others have used the fund. ON officials and ON employees often attend the meetings and make either political or cultural presentations. During election years the organizations can host forums for candidates.

Citing an uncertain financial future due to the COVID-19 pandemic, and the economic whiplash after the Osage Casinos temporarily closed, Speaker of the Congress Angela Pratt sponsored ONCA 20-84, an act to repeal the Regional Gathering Fund. She stated her request for the repeal was not a statement about whether the organizations should meet, but rather save the Nation money.

It was not perceived that way.

Discussions about discrimination, local Osages versus out-of-state Osages, cultural Osages versus non-Cultural Osages, began happening in both Congressional committee meetings and on social media. Congressional members argued and voices rose, Osage citizens argued online. The bill became a rallying cry for some out-of-state Osages and those who feel they haven’t been included in the Osage culture.

Pratt said she felt the money to pay for the meetings should be an annual donation instead of a fund set in law. She was also concerned about the rising costs for meetings because the Executive Branch sends ON employees from various departments to give presentations at the meetings.

ON officials from the Executive Branch, the Legislative Branch, and the Osage Minerals Council regularly attend the out-of-state meetings, and some pay their own expenses, and some don’t. ON employees from the following departments have attended the meetings in the past and travel is paid for: Language Department, Wahzhazhe Cultural Center, Constituent Services, Historic Preservation, Social Services and employees from Osage Nation Environmental Services. Employees from Osage Casinos have attended the meetings. The Osage News also attends the meetings and provides coverage of them.

A report on how much it takes to send ON employees to the meetings was not given to the Congress before they voted on the repeal. However, the News tallied up a travel estimate since News staff has traveled to the meetings.

For example, an employee to attend a meeting in California, the Nation pays for their airfare, luggage costs (and fee if there is more than one checked bag), possible fees for flight changes, rental car (if they request one), hotel stay and stipend for food, taxi, uber, etc. This equals about $1,500 to $2,000 per employee per round trip. If there are 10-12 attendees from the Nation at a meeting in California, and their travel was paid for by the Nation, that amount equals to approximately $25,000.

If there are four meetings each year in California, which typically the NCO and UOSC hold spring and fall meetings, that’s roughly $100,000 the Nation is paying in travel costs, give or take $10,000. That doesn’t include the meetings that could also happen in Texas, Colorado, Kansas and New Mexico.

Also, factor in that the cultural departments buy supplies for the meetings so they can teach ribbonwork, yarnwork, beadwork, and other arts and crafts. They also have to transport those supplies with extra luggage. However, the NCO pays for shipping costs of supplies, said Addie Hudgins, Wahzhazhe Cultural Center director.

During a Nov. 8, 2019, Traditional Cultural Advisors meeting, Pratt raised the issue of the rising travel costs to send ON employees to the out-of-state gatherings. She sought their counsel on whether they felt the employees should be sent to the meetings.

Advisors present at the meeting were Chairman Norman Akers, Liz Ricketts, George Shannon, Jerry Shaw, and William Fletcher. The advisors told Pratt they did not agree with spending the Nation’s money to send ON employees to make presentations on culture and language. They felt if out-of-state Osages wanted to learn about an Osage way of life, then they should come home and learn. They felt that the departments could easily hold online classes for Osages living away from the reservation.

“Do we have the task of teaching people how to be Osage?” Akers said. “This is our community; this is our home … it’s a complicated issue.”

Shannon said Osages living out-of-state should come home to learn, not the other way around.

Shaw said that the money made in Osage County needs to stay in Osage County. “Eating our food doesn’t make you an Osage. You only learn by listening to those that came before you.”

In the end, when it came time to vote on the appeal on Sept. 30, many statements were made. Members of Congress told stories about their experiences going to the out-of-state meetings and noted that Osages have been meeting in California for decades. The meetings have changed over the years and many of the Congress members have had good experiences from the meetings and spoke on the connections they made there.

Second Speaker Jodie Revard: “Repealing this program does not say that any of these organizations cannot gather. What this bill does is eliminate grant funds provided to these organizations for certain expense items. What this act has caused is an increase in travel in our governmental budgets. This act allows that tribal officials can attend these gatherings and it’s justified as Nation business, and I’m not okay with that.”

Congressman Eli Potts: “These gatherings are important. Each time we gather, information is shared, stories are told, and our language is spoken, and we as a nation grow stronger. The Regional Gathering Fund facilitates those bonds and we shouldn’t make it harder for people to meet. I’m aware that [this bill] doesn’t mean they can’t meet, but it certainly makes it just a little bit harder, a little bit more difficult.”

[Editor's Note: This article was updated on Oct. 2, 2020, to note that the Regional Gathering Fund was established in 2011.]