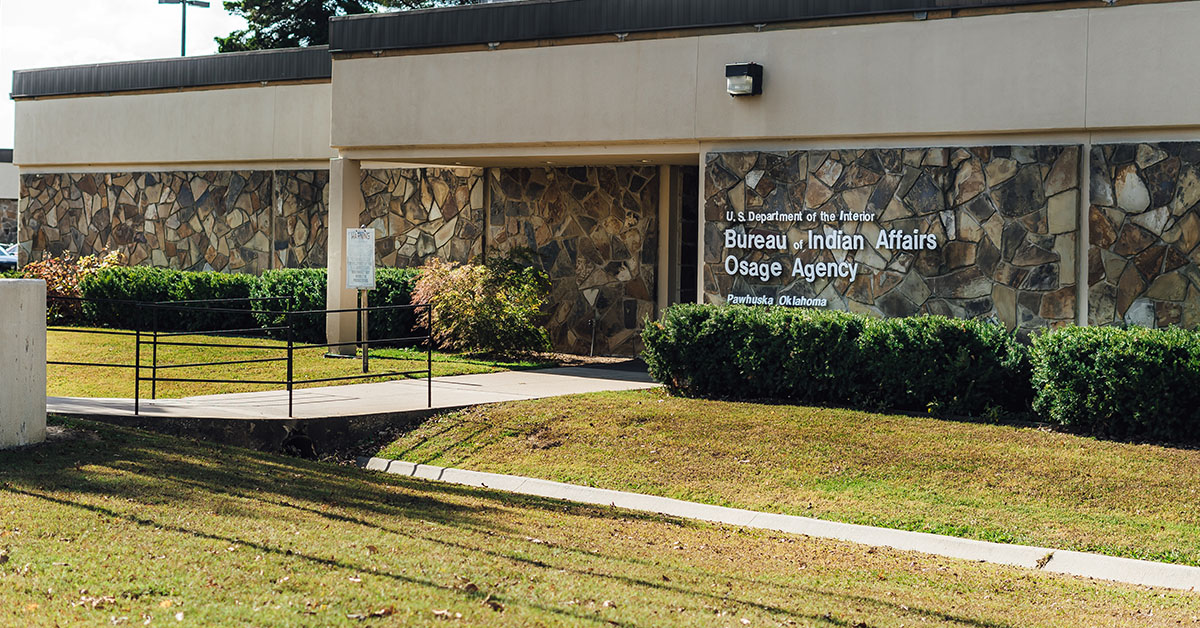 The Bureau of Indian Affairs has released the final version of an environmental impact study on Osage County’s oil and gas operations.

Published in the Oct. 16 edition of the Federal Register, the study looked at the long-term potential impacts associated with drilling permits, workover permits and oil and gas leases approved by the Osage Agency under certain scenarios.

The four alternatives included in the study offered a range of industrial and environmental focuses, some with a heavier emphasis on oil and gas development while one with heightened protections for environmental concerns.

As per the published version, the BIA’s preferred management option, also referred to as a hybrid, takes into account the density of well pads in an area before allowing new drilling permits, with fewer issued for sections with 17 wells or more.

Sections with a lower well density would be subject to spacing regulations, including buffer zones of at least 130 feet around culturally significant sites. Site-specific environmental assessments will still be required for drilling or other operations that require new ground disturbance.

It also includes a ban on drilling permits for areas within municipalities, near sensitive water supplies, near public water supply wells or near “highly vulnerable” groundwater supplies as designated by the Oklahoma Water Resources Board.

Other scenarios contemplated in the study include no new action by the Osage Agency, which would allow for up to 4,671 new wells to be permitted by 2037 or one that would call for the agency to offer up a suggested list of best management practices to lessees while waiving most of the conditions of approval for workover and drilling operations.

A fourth option, which would implement more stringent environmental regulations and ban permits for ground disturbing activities near state parks and U.S. Army Corps of Engineers lakes, would limit the number of new permitted wells to 3,095 by 2037.

Among the alternative options specifically ruled out were the possibility of handing over leasing authority to another entity or basing plans on the number of active leases within the county. The former was discarded because it was beyond the study’s scope. The latter was dismissed because having an active lease does not automatically guarantee the site will be used for petroleum production at any given time.

The possibility of basing any plans on the price of oil was also eliminated, as it is a variable beyond the BIA’s control.

At the Oct. 21 Osage Minerals Council meeting, Chairman Andrew Yates announced that the council would hold off on a public statement about the BIA’s preferred option while its members and legal counsel continue to review the document and prepare comments in response.

Along with the rest of the public, the council has until Nov. 16 to provide any feedback before the statement can potentially take effect via a signed record of decision from the BIA.

When or if the statement does take effect, it will allow the Osage Agency to replace its current leasing and workover programmatic environmental assessments with a single document that is compliant with the National Environmental Policy Act.