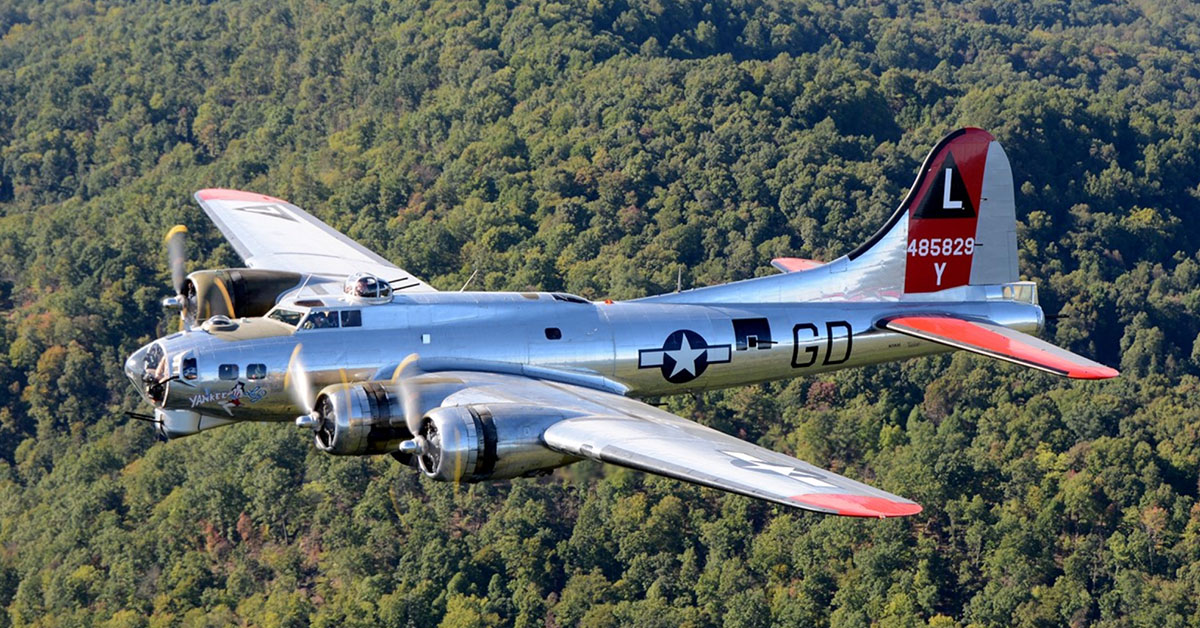 Sponsored by Osage Casino and Hotel, the museum is showcasing the B-17G Yankee Lady, a four-engine heavy bombardment aircraft, commonly called a Flying Fortress.  The plane, which is based at Willow Run Airport in Michigan, is making the stop as part of its World War II Salute to Victory southern tour, according to a prepared release.

The B-17G Yankee Lady is expected to arrive at Tulsa International Airport by 10 a.m. Oct. 23. The plane will be parked at the museum and will stay through the day, offering tours and Air Adventure rides until 6 p.m., according to the release.

About the B-17G Yankee Lady

The B-17 is the type of four-engine heavy bomber that initiated daylight strategic bombing in World War II.  Its purpose was to fly high and deep into enemy territory striking high-value targets such as munitions factories, oil refineries and military installations, according to

“There may be only ten airworthy Boeing B-17s left in existence, so it’s quite a thrill for us to have an award-winning example visit Tulsa,” Blansett said.

According to Blansett, 12,731 of these stout aircraft were built between 1936 and 1945. With a crew of ten and defensive armaments of up to 13 fifty caliber machine guns, the B-17 became known as the Flying Fortress. More than 5,000 were shot down over Europe during the historic air war, according to the release.

“This year marks the 75th Anniversary of the End of World War II and I encourage everyone to come out and see this award-winning, historic aircraft,” said Dave Callanan, B-17 Public Affairs Executive in the release. “Touring the plane or even better, flying on it, will give you a deep appreciation of what our World War II airmen did for us. It is an unforgettable experience.”