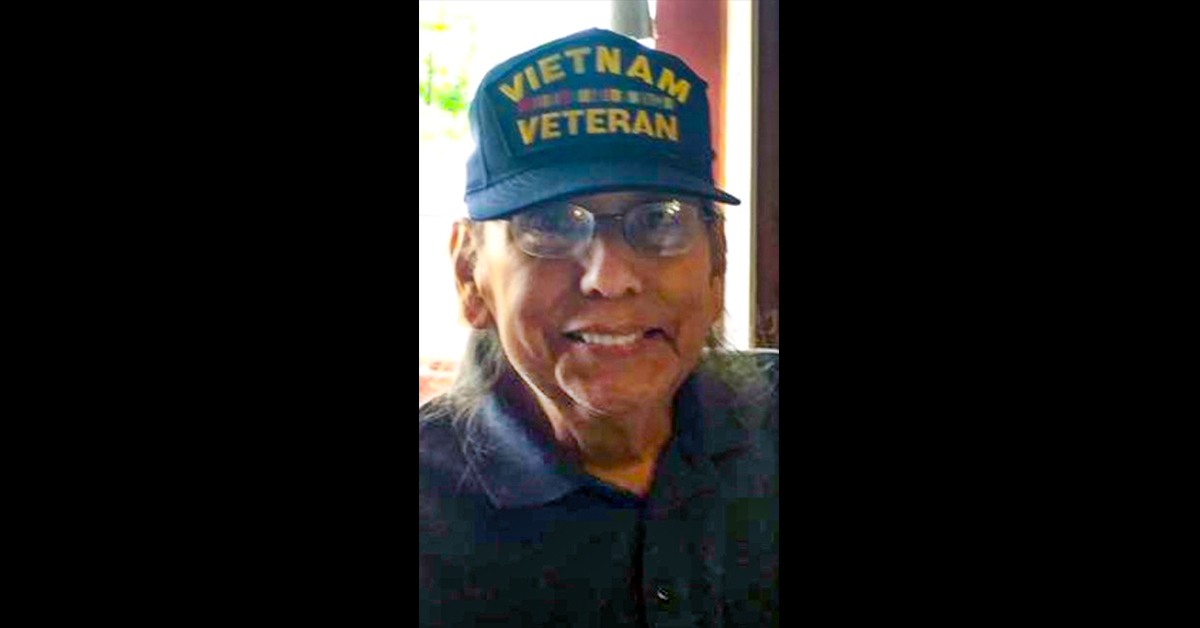 He was the eldest child of Billie Louise Williams Webster and William Earl “Bill” Tiger. He was a kind and loving father, grandfather, uncle, and brother. He was a graduate of Cascia Hall and was a welder by trade and later became an instructor at Tulsa Community College. In his younger years, he was a fancy dancer and later participated in the Osage Inlonshka as a member of the Hominy District. He enlisted in the Navy as a Seabee in 1966, served in Vietnam based in Danang as well as a boxer. He received medals for the Fleet Marine Force Combat Operations Insignia, National Defense Service Medal, Vietnam Service Medal, and Vietnam Campaign medal.

Native American Rites were given by Jeremy Olsen. Graveside services were held on Nov. 3, 2020, and interment was in the Tall Chief Cemetery in Quapaw, Okla.