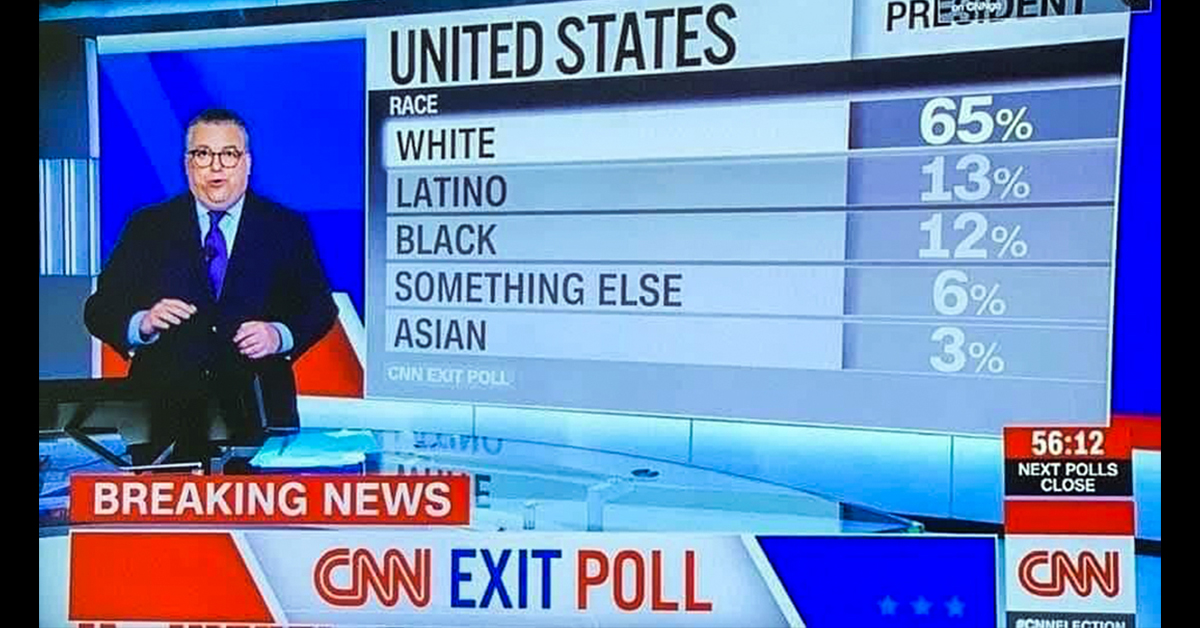 Photo caption: A CNN anchor discusses results from an Exit Poll on Election Night Nov. 3. The graphic lumps Native Americans into the "Something Else" category, angering many within Indian Country. Courtesy Photo

On CNN’s live election night coverage, an on-air graphic used the phrase “something else” to refer to voters who are not white, Latinx, Black or Asian. This type of language continues the efforts to erase Indigenous and other voters who don’t neatly fall into the race categories listed in the graphic.

In 2006, CNN supported the development of young Indigenous reporters by donating $50,000 to NAJA’s scholarship program. This type of investment signifies that CNN understands the importance of supporting Indigenous journalists.

NAJA demands CNN issue a public apology and is willing to meet with senior editorial staff to discuss how to improve the network’s coverage of Indian Country.