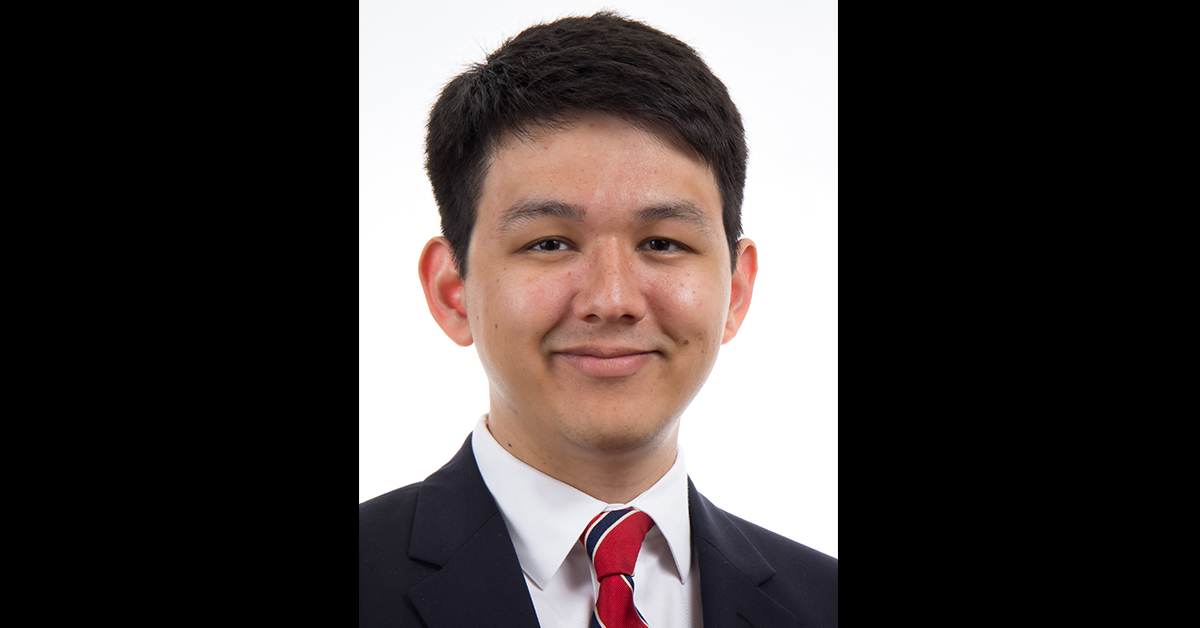 Dr. Layton Lamsam has been named to the 2020 class of Native American 40 Under 40 award recipients.

The National Center for American Indian Enterprise Development recognizes 40 emerging American Indian and Alaska Native leaders each year under the age of 40 from across Indian Country. Nominated by their peers, the recipients have exemplified leadership, initiative, and, especially during COVID-19, resiliency and dedication towards their communities and businesses, according to a news release. The fields of academia, the medical field, government, non-profit organizations, legal and more are represented in this year’s class.

“The Native American 40 Under 40 awards recognize the hard work, dedication, and perseverance of our best and brightest,” said National Center President and CEO Chris James in a news release. “Every year I am impressed by the wide range of accomplishments of our 40 Under 40 winners. The 2020 class shows us what young Native American and Alaska Native leaders are capable of – and what they are already accomplishing. Just as the 40 Under 40 honorees continually inspire all of us here at the National Center, we hope the award continues to inspire generations of Indian Country leaders who will one day be a part of this esteemed group.”

The recipients will be announced virtually in the coming weeks on the National Center’s social media pages. Award recipients will also be honored at RES 2021 which will be held March 15-18, 2021, in Las Vegas, Nevada. The 2020 class joins over 400 previous winners that have been honored over the last decade.

“Each year I nominate a high-performing Osage from our community. Dr. Lamsam nomination story was special during the pandemic as he is on the front lines combating this terrible virus and working on an average of 20 hours a day in the hospital,” said Margo Gray, Osage Minerals Councilwoman. She nominated Lamsam for the honor. “His knowledge of the impacts and effects neurologically of the brain during and after COVID-19 will be vital to research. Currently, we know that he is the only Native American Neurosurgeon in the country.”

Lamsam, 28, is currently a resident physician in neurological surgery at Yale School of Medicine in New Haven, Connecticut. He lives in New Haven with his wife Sarah, who is a Registered Nurse, and his mother Teresa Trumbly Lamsam and his grandparents Joe and Arlena Trumbly. He is of the Grayhorse District and participates in the Osage Inlonshka dances.

A former Udall Scholar, Lamsam completed his bachelor’s degree in biology at Stanford and was the only Indigenous student in his medical school class at the Palo Alto, California, university.

In April, when COVID-19 was ravaging the East Coast, Lamsam and his colleagues were adapting their practices to support those medical workers on the front lines of the outbreak. He said of his experiences that the emotional toll on patients and their families was an unanticipated effect and it was a time to live out your values, safeguard elders and the sick and prioritize your family.

For more information on the NCAIED Native American 40 Under 40 award recipients, visit https://www.ncaied.org/