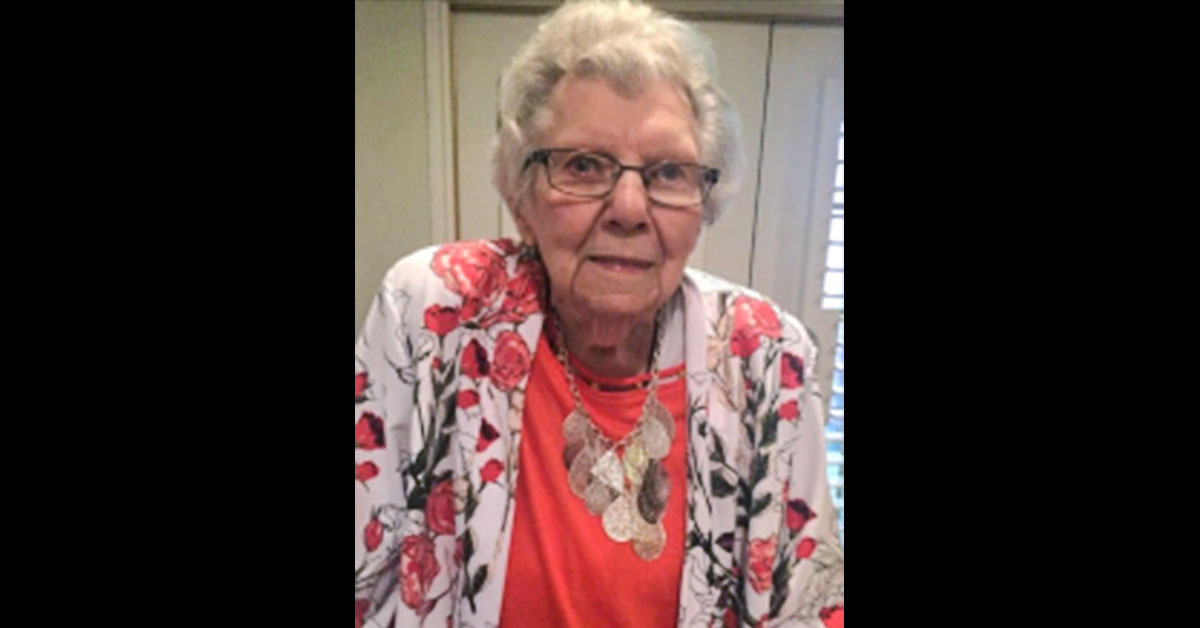 Frances Lorraine (Perrier) Lane, 102, was born in Ochelata, Oklahoma, on Aug. 3, 1918, and passed away Tuesday, Nov. 3, 2020. She graduated from Ochelata Schools with the class of 1936 followed by Bartlesville Business College. Her first job was in Bartlesville working for the Tag Agent. She then went to Miami to work for the Agricultural Department and then for Skelly Oil.

Frances and Joe moved to Vinita in 1946 and owned and operated Lane Oil Company for 20 years. Following Joe’s death in 1964, Frances worked for Eastern State Hospital as a Field Agent covering 25 counties. She then transferred to the Department of Human Services in Pryor where she lived for 23 years, retiring in 1980. Frances also worked for KITO Radio in Vinita and was office manager for Goodies Convenience Store in Langley.

She was involved in community activities as a member of Vinita Business & Professional Women, Beta Xi Chapter of Epsilon Sigma Alpha, and served as a Senator in District 2 with the Silver Haired Legislature.

Frances was a member of St. Martin’s of Tours Episcopal Church in Pryor. She was proud of her Osage heritage and was a great representative of the Osage Nation.

Traveling was a great pleasure for Frances and she always wanted to be “on the GO.” She never met a stranger and leaves many friends that enjoyed her birthdays each year. For the past several years, Frances has been presented the Oldest Settler Award at the Old Settlers Reunion.