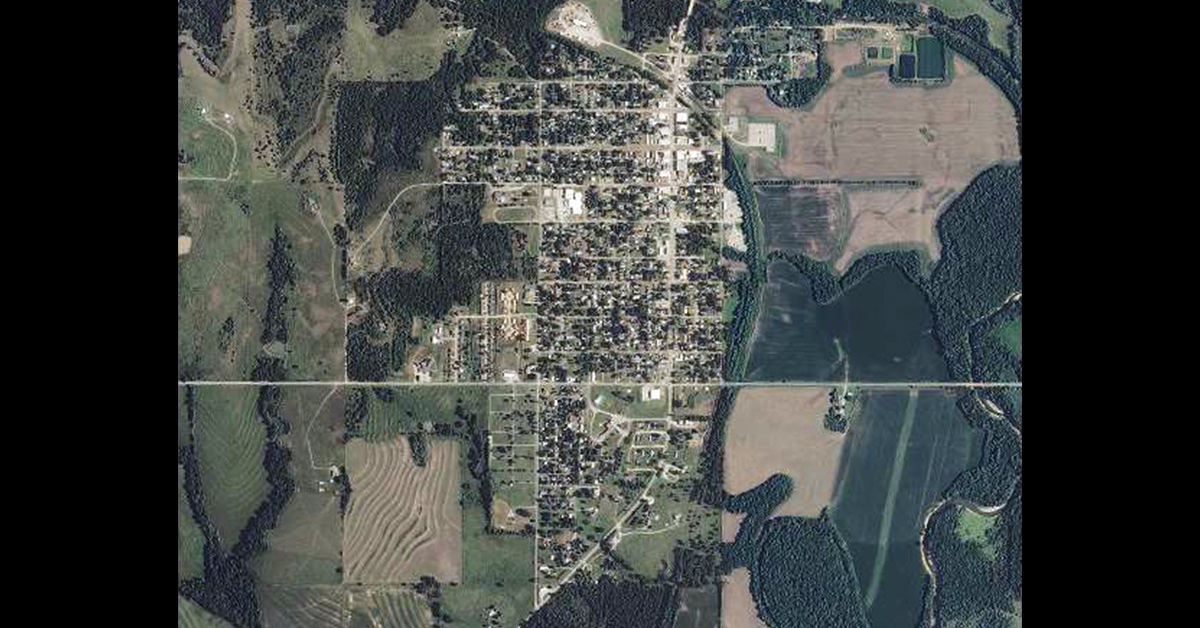 Photo caption: A 2015 aerial view of the city of Fairfax. In 2018, the U.S. Census Bureau reported the population of Fairfax was 1,280. Courtesy Photo/Landsat.com

The Osage Nation is moving toward establishing senior housing in Fairfax after the Seventh ON Congress unanimously voted to appropriate $57,000 for property purchase efforts.

During the Dec. 15 special session, the Congress passed ONCA 21-12 (sponsored by Congresswoman Brandy Lemon) to appropriate the $57,000 to the Nation’s real property purchase fund “to carry out the purposes of purchasing real property.”

The Congress initially considered Lemon’s legislation in the November special session, but she withdrew the bill pending more information she needed at the time. During that special session, Lemon said the funding would come out of the Nation’s general treasury and sought to purchase property adjacent to the former Boys and Girl’s Club building.

Congresswoman Jodie Revard asked what plans would be pursued for building costs at the site. Principal Chief Geoffrey Standing Bear told the Congressional Commerce, Gaming and Land Committee on Nov. 17 that the Nation is looking at federal Native American Housing Assistance and Self Determination Act (NAHASDA) funding under the U.S. Department of Housing, but noted it’s unclear whether funds would be available and if not, a request for tribal funds may be needed to cover the project costs.

Casey Johnson, Executive Branch Director of Operations, said the Nation would also use its federal grant funding awarded to the Roads Department to cover street and sidewalk costs. He also added the property is away from areas in the city prone to flooding as was experienced in spring 2019 impacting the recently-built Fitness Center.

Before the vote, Lemon reiterated the bill is the initial step in purchasing land “for a future sight for senior housing,” adding the efforts “are near and dear to my heart” as she grew to enjoy working with elderly patients during her professional tenure as a registered nurse. “I encourage your support to see a future for our elders in a place in a community type of living area in our Fairfax/ Grayhorse area.”

The Congress voted 12-0 in favor of ONCA 21-12 during the single-day December special session. For more information regarding ON Congressional regular or special sessions, filed legislation and Congressional committee meetings, visit the Legislative Branch website at www.osagenation-nsn.gov/who-we-are/legislative-branch