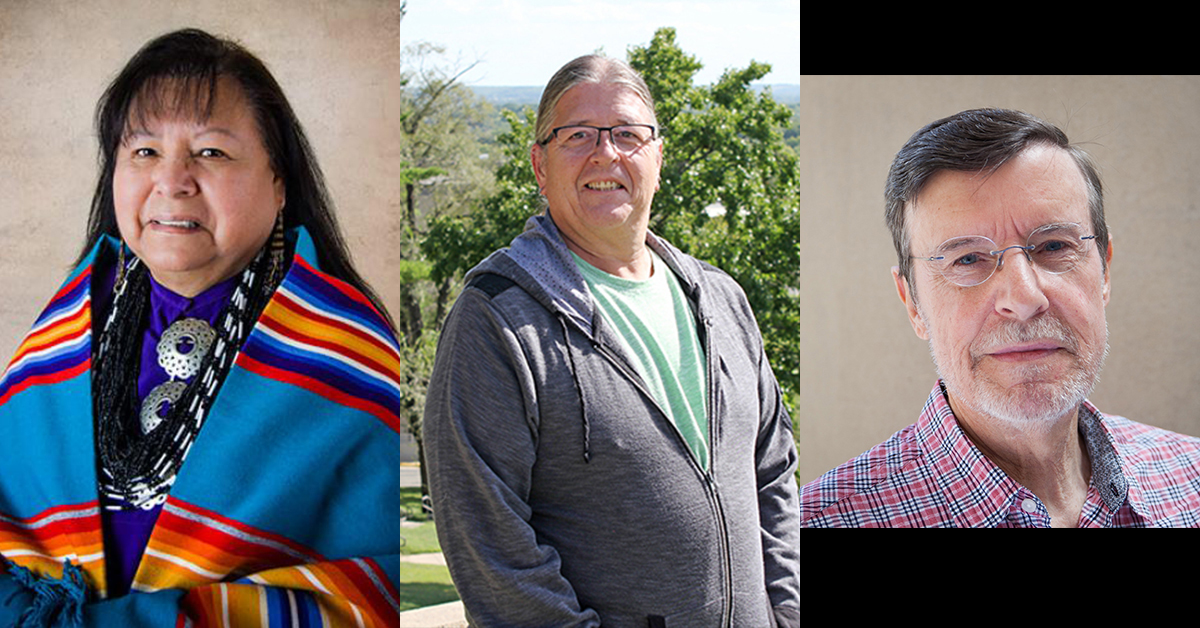 Three Osages confirmed to Editorial Board for service, alternate board positions

Three Osages received confirmation votes to serve on the Osage News Editorial Board for one seat and two alternate board member positions during the 2020 Tzi-Zho Session.

Warrior and McAuliffe previously served on the Editorial Board and now as alternate board members, they would assume a board position in the event a sitting board member needed to recuse oneself from board business. They are the first alternate board members to serve after the Nation’s Independent Press Act was amended by Congressional vote in 2019 establishing the alternate positions.

On Oct. 2, all three received confirmation votes from the Seventh ON Congress and are scheduled to participate in an Oct. 30 electronic swearing-in with an ON tribal judge administering the oath. Due to the COVID-19 pandemic, the Judicial Branch and tribal courthouse in Pawhuska is open by appointment only and judges are holding hearings and proceedings by electronic means through Dec. 31, 2020, per an administrative order.

Branstetter has served on the Editorial Board since 2012 in the at-large board position (selected by the two other board members each appointed by the Executive Branch and Congress) after those board members nominated her to the position and she received Congressional confirmation votes to serve prior full terms in accordance with the law. Branstetter is a former ON Congresswoman who served a six-year term, served as Congressional Speaker and is retired from working for the Oklahoma state government. She also sat on the Osage Government Reform Commission, which was instrumental in developing the 2006 Osage Constitution approved by voters that year.

Warrior is currently the Hall Distinguished Professor of American Literature and Culture at the University of Kansas. He served on the ON Editorial Board from 2010 to 2012 and his prior academic work includes seven years as American Indian Studies director at the University of Illinois-Urbana Champaign and one year as Native American Studies interim director at the University of Oklahoma, according to his professional biography. As a journalist, Warrior started as a sports assistant at the then-Wichita Beacon- Eagle and later as a freelancer for publications including the Lakota Times (now Indian Country Today), Akwesasne Notes, Mother Jones and the Village Voice. In the education field, Warrior has co-edited the academic journal Native Americans and Indigenous Studies and edited a book series called Indigenous Americas at the University of Minnesota Press.

McAuliffe is a seasoned Washington Post editor who works remotely as a copy editor and previously served as night editor, overnight editor and assistant foreign editor, according to his resume. He served from 2008 to 2012 on the ON Editorial Board and taught journalism at the University of Montana and University of North Carolina-Chapel Hill. McAuliffe also taught journalism at the former American Indian Journalism Institute held during summer sessions at the University of South Dakota and mentored several Native American journalism students he met through academic networking. He served as a journalism student recruiter as a Traveling Fellow for the Freedom Forum, which operated the AIJI program. McAuliffe also wrote, “The Deaths of Sybil Bolton” (1994), which is a story about McAuliffe’s self-discovery after he learns about his Osage ancestry and begins to unveil the clues surrounding his Osage grandmother’s death in 1925.

Per the Independent Press Act amended in 2019, should one of the three current members be unable to temporarily serve on the board without the appearance of a conflict of interest, then one of the two alternates would step in. The Nation’s Election Board is also comprised of three sitting board members and two alternates on standby should a current board member have a conflict of interest, per the Nation’s election code.

Like the current Editorial Board members, the alternates are required to have at least five years of newsroom experience and adhere to the professional ethics guidelines published by both the Society of Professional Journalists and the Native American Journalists Association. The Executive Branch nominates one alternate and the other nominee comes from the Legislative Branch.

On Oct. 2, the Congress voted 12-0 to confirm McAuliffe and Warrior for the alternate board positions. Branstetter received an 11-0 confirmation vote with Congressional Speaker Angela Pratt, niece to Branstetter, abstaining from the vote.