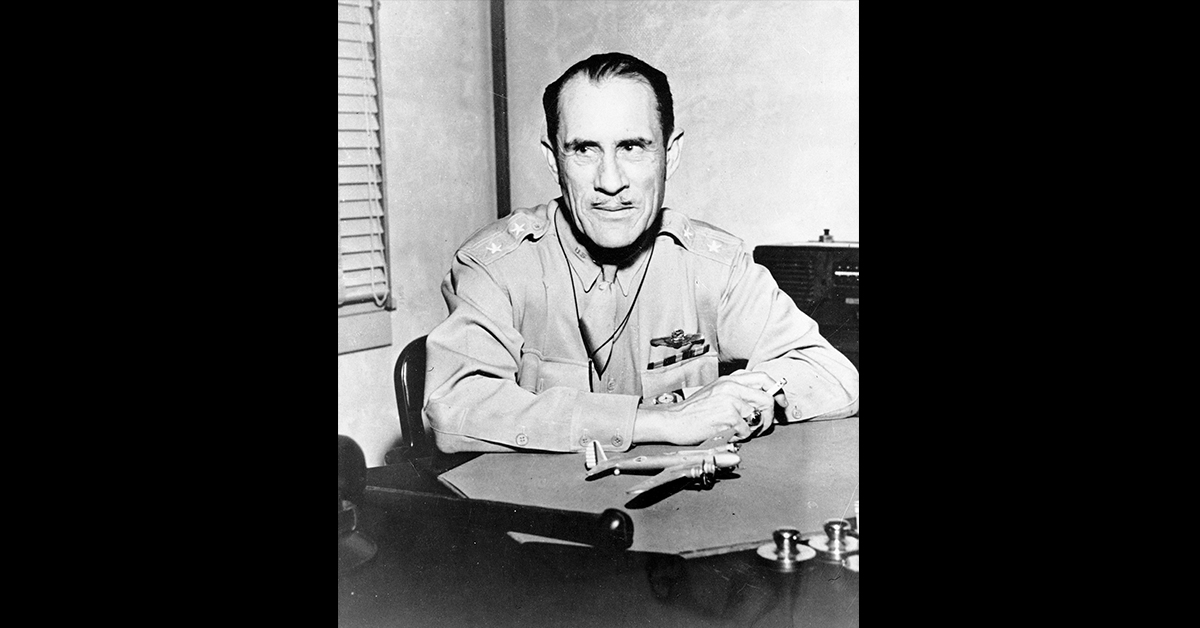 Photo caption: Tinker Air Force Base is named for the late Maj. Gen. Clarence Tinker, an Osage born just north of Pawhuska who perished in action during World War II.

With the ongoing COVID-19 pandemic continuing to impact public gatherings and special events, the 2021 Tinker Air and Space Show is canceled.

This year’s show was scheduled June 19-20 at Tinker Air Force Base named for the late Maj. Gen. Clarence Tinker, an Osage born just north of Pawhuska who perished in action during World War II. Last year, the air force base announced the 2021 show would’ve featured the U.S. Air Force Thunderbirds as part of the show demonstrations.

In a Jan. 11 statement, the base announced: “Due to the continued battle against COVID-19 and the high number of cases in Oklahoma that continues rising every month, Tinker Air Force Base officials have made the difficult decision to cancel the 2021 Tinker Air and Space Show.”

The cancelation comes one year after the United States reported its first positive COVID-19 in January 2020. As of Jan. 25, the CDC reports a total of 25 million positive cases in the country with 417,936 deaths since it started tracking nationwide COVID-19 data.

In Oklahoma, the state’s Department of Health reports there is a total of 374,853 positive COVID-19 cases since the state’s first case was reported in March 2020. The state’s death toll stands at 3,293 as of Jan. 25, according to the OSDH.

“We explored a number of alternatives, but after careful consideration, we simply cannot execute a worthwhile event that would not potentially endanger both the community and members of Tinker Air Force Base,” Installation Commander Col. Paul Filcek said in a message to the workforce. “We understand what the air show means to Tinker and the surrounding communities, making this decision difficult. Thank you for your unwavering support and understanding.”

In 2017, the Osage Nation provided transportation for a group of Osage children to attend that year’s “Star Spangled Air Show” at the airbase located east of downtown Oklahoma City.

After the December 1941 Japanese attack on Pearl Harbor, Tinker was appointed Commander of the Air Forces in Hawaii to reorganize the air defenses of the island. According to an August 2013 Air Force News Agency article, Tinker died on June 7, 1942, when his B-42 Liberator disappeared through a formation of clouds over the Pacific Ocean during a mission on Wake Island that he chose to personally lead. Neither the plane nor the eight crew members were ever found. Tinker received the Distinguished Service Medal posthumously for leading the mission.

On Oct. 14, 1942, the Oklahoma City Air Depot installation was designated as Tinker Field at the direction of Gen. Henry H. “Hap” Arnold, Commanding General of the Army Air Forces.