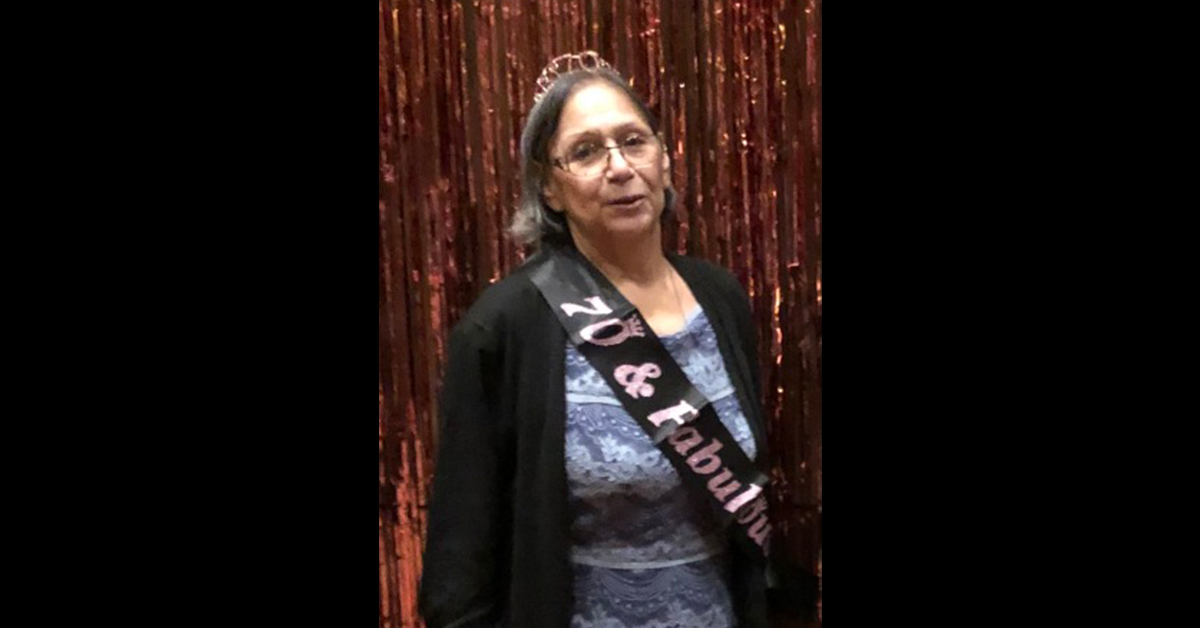 Rosie was born January 28, 1951, in Pawhuska, OK the daughter of Jess and Julia (Pryor) Burris. She was a 1965 graduate of Immaculate Conception Catholic School. On June 16, 1969, she married Virgil Andrew “Sonny” Malone, Jr. in Miami, OK. He preceded her in death April 24, 1999. Rosie was retired from the Million Dollar Elm Osage Casino. She enjoyed bowling, cooking, going to concerts and playing Bingo. She also loved watching her grandkids participate in their sporting events. Rosie served as the Head Cook for the Wah-xa-ko-li District from 1980 – 1984, and many other cultural events. She learned her cooking skills from her grandmother, Lorena Pryor.

Rosary was recited Sunday, January 24, at the Indian Camp Chapel, Pawhuska. Traditional Services were held Monday, January 25, at 8:00AM, also at the Chapel. Mongrain Lookout officiated. Mass followed at 10:00AM at the Immaculate Conception Catholic Church of Pawhuska. Father Sean Donovan officiated. Interment was in the Pawhuska City Cemetery.

Kendrick McCartney Johnson Funeral Home was in charge of arrangements.

To send flowers to the family or plant a tree in memory of Leona Rose (Burris) Malone, please visit their floral store at https://www.kendrickmccartneyjohnsonfh.com/obituary/Leona-Rose-Malone/sympathy