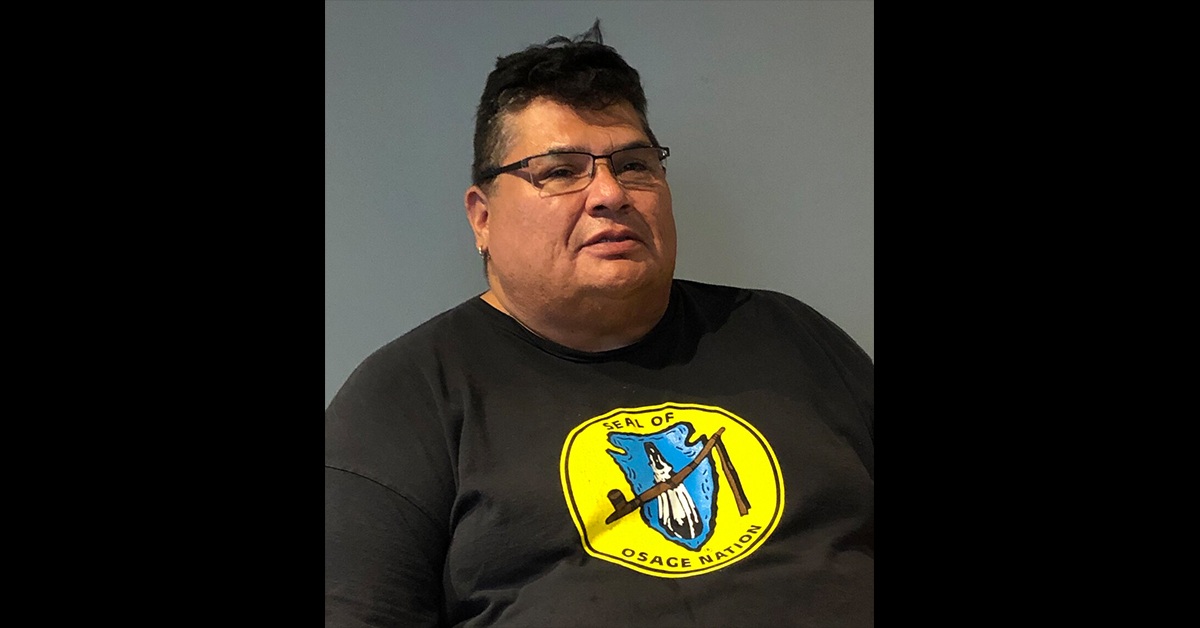 The First Peoples Fund, one of the oldest national organizations dedicated to supporting Native American artists and culture bearers, named Francis “Rock” Pipestem to their class of 2021 Cultural Capital Fellows.

According to the announcement, Pipestem’s drum-making inspiration comes from his Osage and Otoe-Missouria people’s ceremonies and traditions. His father, F. Browning Pipestem Sr., made a way for Rock to make drums through teaching from Ponca drum-maker and singer Henry Collins. Through his father’s teachings and Pipestem’s innovations, he has had the honor of repairing the sacred drums of the Grayhorse and Hominy Inlonshka and the Kiowa Black Leggings Society.

In 2005, along with his son Kingston, he demonstrated his drum making at the National Museum of the American Indian in Washington, D.C. The traditional drum he created is kept at the Smithsonian Institute in its permanent collection, according to the announcement.

Pipestem receives a $7,500 project grant, technical support, and professional training over the course of a year. The awards are aimed at increasing the artist’s capacity to succeed and create an impact in their communities. The fellowships place emphasis on supporting individuals whose work focuses on passing down ancestral knowledge.

Pipestem is the son of the late Browning and Sharon Pipestem of the Grayhorse District. He is the father of Kingston, Katelynn, Emma and Jesse. He resides in Pawhuska with his wife Anna. Pipestem is also a licensed minister at the Osage Indian Baptist Church in Pawhuska.

When reached at his home, he gave thanks to God for the blessings and support he’s received and requested only a scripture be printed for his comment:

"Better is one day in your courts than a thousand elsewhere; I would rather be a doorkeeper in the house of my God ... than dwell in the tents of the wicked. For the Lord God is a sun and shield; The Lord bestows favor and honor; no good thing does he withhold whose walk is blameless. Lord Almighty, blessed is the one who trusts in you." Psalms 84: 10-12