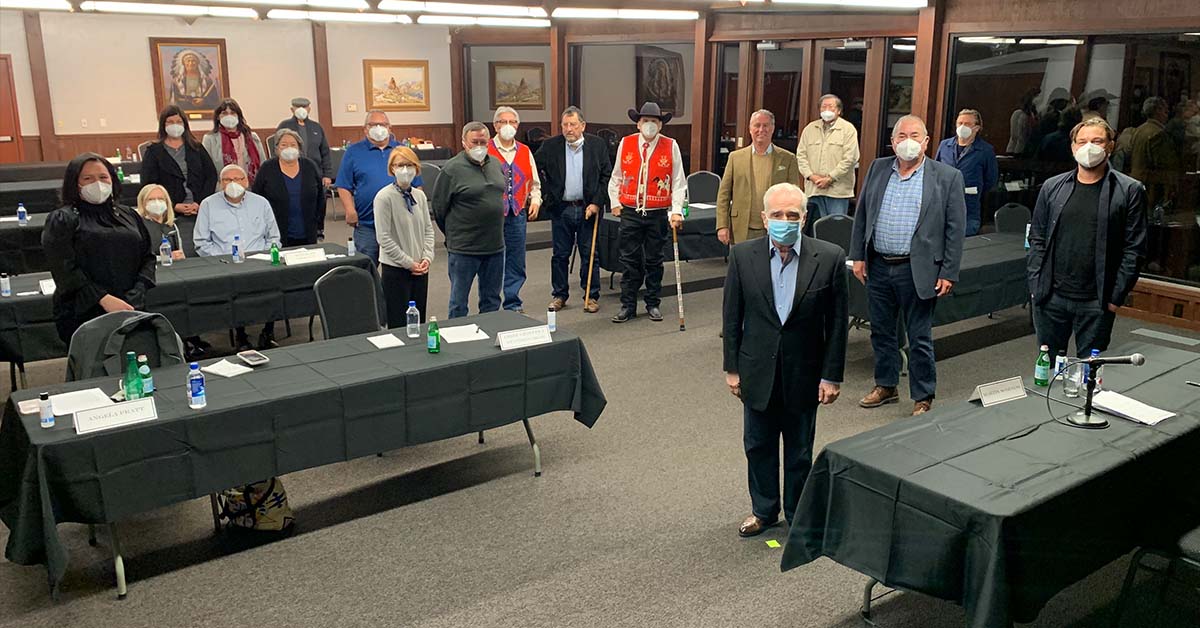 The discussion centered on the film adaptation of David Grann’s bestselling book, “Killers of the Flower Moon: The Osage Indian Murders and the Birth of the FBI.” Principal Chief Geoffrey Standing Bear and Chad Renfro organized the meeting, according to a prepared release. Renfro is the Osage Nation’s ambassador to the film.

The meeting marks Scorsese’s return to Oklahoma after the film was put on pause last year due to the COVID pandemic.

According to the release, Scorsese gave a brief introduction at the meeting and Osage elder Mongrain Lookout said a prayer in the Osage language.

All attendees signed a non-disclosure agreement and are not allowed to speak about the meeting or the film.

“Mr. Scorsese made a presentation of the overall intention of the film, particularly highlighting the themes of trust and betrayal, how ultimately the story of Mollie Kyle and Ernest Burkhart is a microcosm of the wider betrayal of the Osage people,” according to the release.

Scorsese also spoke of his plan to include details of Osage culture to paint a full, truthful picture of the time and the people. Scorsese and his team are currently working with advisors from the community, and plan to engage with more as the preparation work gets seriously underway, according to the release.

DiCaprio and Scorsese both spoke about the story’s continuing relevance as America faces a “reckoning with our past” and that it was necessary to face the facts of the story honestly, according to the release.

“Several members of the community spoke, sharing their concerns, stories and thoughts with the film team,” according to the release.  “Mr. DiCaprio asked several questions which sparked thoughtful conversation that will inform the script and his character.”

Scorsese and DiCaprio seemed grateful for the opportunity to hear from the community.