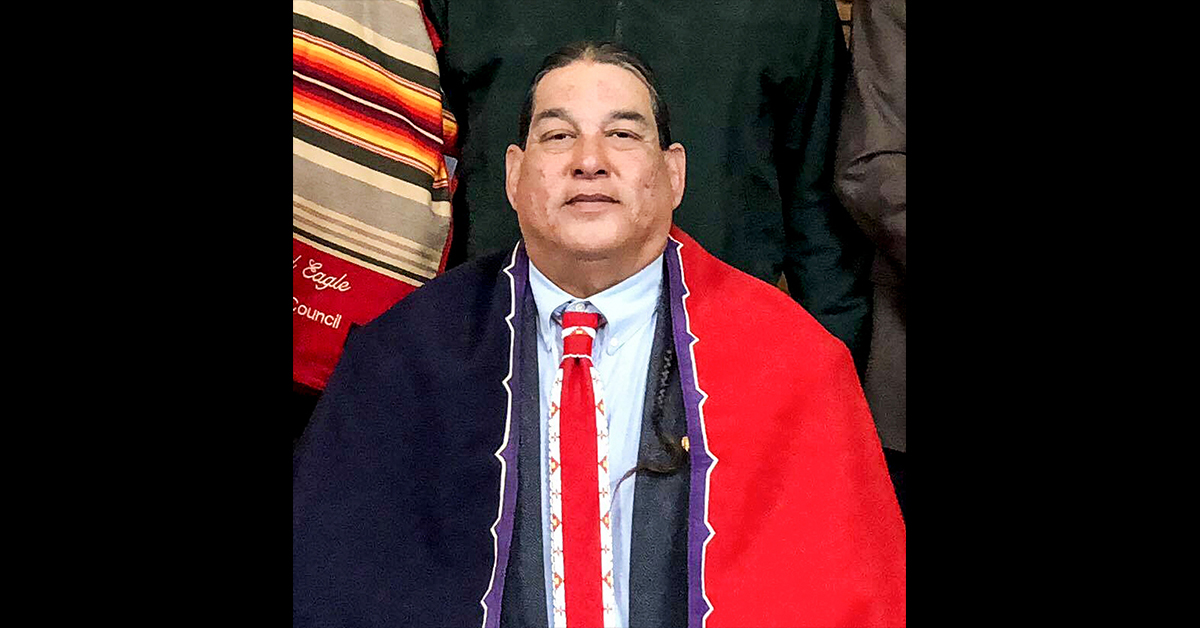 OMC members met for a Feb. 26 special meeting held via electronic means to consider the Chairman position with all seven members present. The special meeting was held via Zoom and its meeting date also comes nearly one year since the eight-member OMC last met in-person before the COVID-19 pandemic reached Oklahoma.

Waller will hold the Chairman position until July 2021. Per the OMC bylaws (last approved in 2018), the council shall elect a Chairperson and Vice Chairperson during the first July meeting of each year.

Waller, who is serving a second OMC term, has previously served as Chairman of the Third Osage Minerals Council and also served as chairman after his colleagues elected him in a 2018 special officer election.

Myron Red Eagle, who was vice chairman while Yates was Chairman, assumed acting Chairman duties, per the bylaws in the absence of the Chair-person, shared some comments on Yates before calling the meeting to order.

“He was a good man, I’ve been around him all of my life,” Red Eagle said of Yates. “He was a sound and responsible man, he was a good Chairman the way I looked at it, we all knew him and respected him. He knew the territory, he knew the county and the Minerals Estate like the back of his hand, so at this time I would like to observe a moment of silence.”

After the moment of silence, the formal special meeting started with roll call, and Councilman Talee Redcorn delivered the opening prayer in both Osage and English.

Red Eagle then called for nominations for the Chairman position. None of the six fellow council members offered nominations, so Red Eagle nominated Waller. Councilwoman Susan Forman seconded the nomination.

Waller said, “I am overwhelmed by all of the prayers and contact for our brother that we just put away. I think the direction of the council is spot-on, I think we’re in tough territories, I’ve been here before and I’d like to say the emotions run high in a loss ... I’ll do my best – Wash kon ... I want to thank my council for all the hard work we’ve been doing.”

Principal Chief Geoffrey Standing Bear said he supports the Minerals Council, noting there’s lots of work to do and “this is an important time in our history we’ve got to be together.”

Red Eagle continued to preside over the special meeting at Waller’s request. “We’ve been doing an excellent job I think, as far as our work is concerned, it concerns many facets of U.S. government as well as production too, so I ask you to stand behind Chairman Waller and I’m asking that with respect and gratitude.”

For more information on the Minerals Council and meeting information, visit: www.osagenation-nsn.gov/who-we-are/minerals-council

CORRECTION: This article was corrected on March 3 to reflect the abstention by Councilwoman Marsha Harlan on the vote to elect a new chairman.