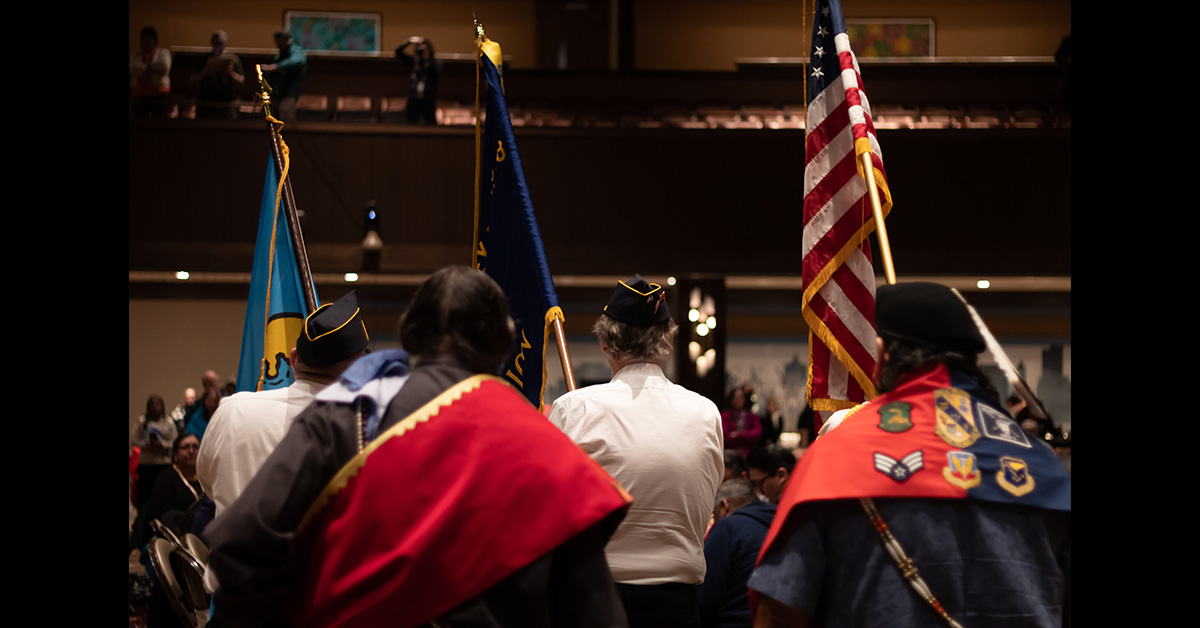 Photo caption: The last Osage Nation Sovereignty Day Dance was held in 2019. It was canceled in 2020 due to the novel coronavirus pandemic and again in 2021. Osage News File Photo

The 2021 Osage Nation Sovereignty Day Dance is canceled due to the ongoing COVID-19 pandemic, according to Principal Chief Geoffrey Standing Bear.

A Sovereignty Day Dance has been an annual celebratory event to commemorate the Nation’s 2006 reformed three-branch government. The last Sovereignty Day dance was held in 2019 in the newly opened Skyline Event Center at the Tulsa Osage Casino Hotel, which opened the prior year.

This year, the Nation’s Sovereignty Day Holiday will be observed Friday, March 12 with government offices to be closed that day.

Standing Bear announced this year’s dance cancelation during the Feb. 20 virtual gathering hosted by the United Osages of Southern California. Standing Bear spoke to the virtual attendees of the Zoom meeting also held due to ongoing California social gathering restrictions due to the pandemic.

“We are all affected by what’s been going on and we responded well, in my opinion, we supported each other (those in grief), it’s been stressful and I’m very proud of us here back home about how we continue to stay vibrant,” Standing Bear told the UOSC virtual gathering attendees. “We need to get back under those arbors, I just again canceled the Sovereignty Day Dance that was going to be held March 13 as a (pandemic) precaution again.”

The dance cancelation also comes as the Nation’s Wah-Zha-Zhe Health Center in Pawhuska amps up its COVID-19 vaccine efforts with the vaccine now available to Osage and other Native American patients who are age 18 and older. The WZZHC expanded its vaccine age eligibility on Feb 25 and the vaccine is available to those eligible patients at the ON Civic Center, 1449 W. Main St. in Pawhuska, weekdays from 7:45 a.m. to 4:30 p.m. For more information, the WZZHC COVID-19 vaccine hotline can be reached at (918) 287-0076.