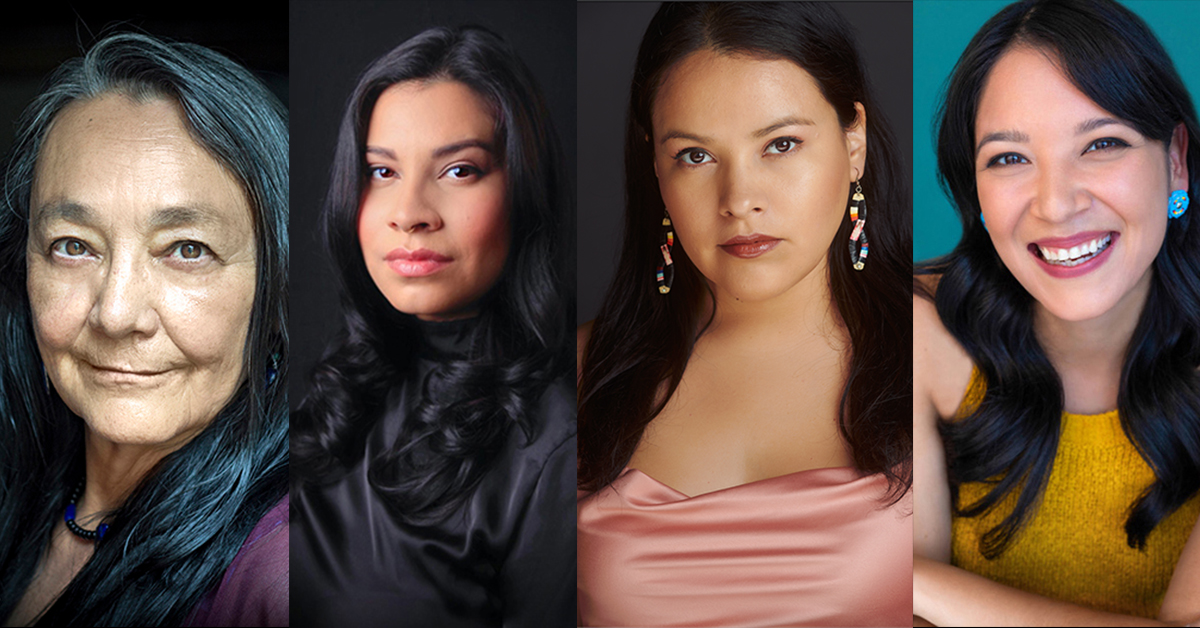 The wait is over. For months, Osage tribal members have wondered who will portray Mollie Burkhart’s mother and three sisters in Martin Scorsese’s upcoming film, “Killers of the Flower Moon.”

The four actresses will portray four Osage women who were murdered in the 1920s during the Osage Reign of Terror, a period of time when Osages were systematically killed for their oil wealth or inheritance. “Killers of the Flower Moon” is based on David Grann’s bestselling book by the same name. The book unveils a dark period in U.S. history when greed and evil surrounded the Osage.

The film’s lead actress is Lily Gladstone (Blackfeet/Nez Perce), who will portray Mollie Burkhart. Leonardo DiCaprio is the lead actor and will portray Mollie’s white husband Ernest Burkhart. Robert De Niro will portray the main villain, Ernest’s uncle William “Bill” Hale. Jesse Plemons will portray Tom White, the Texas Ranger sent to investigate the murders on the reservation. White and his team of undercover agents become the first agents of the Federal Bureau of Investigation.

No one outside the film production has seen the screenplay for the film, but if the film is anything like Grann’s book, the storyline will center around Mollie and her family.

Mollie’s 27-year-old sister Minnie was the first to be murdered. In 1918, she was slowly poisoned to death in what doctors called “a peculiar wasting illness.” In 1921, the oldest sister Anna was shot, and her body later found in a ravine near Fairfax. Their mother Lizzie died weeks later, poisoned by the same “wasting illness.” The third sister, Rita, was killed when her Fairfax home was blown up in 1923. The oil wealth and inheritance from all four women passed to Mollie, who had not suspected her husband Ernest or his uncle Bill until it was nearly too late.

Cardinal, a veteran award-winning actress, is one of the most well-known actresses in Indian Country. She will portray Mollie Burkhart’s mother, “Lizzie Q.” Cardinal was born in Ft. McMurray, Alberta, and is of Dene, Cree, Metis and Nakota heritage. She has appeared in more than 100 motion picture and television films including “Dances with Wolves,” “Loyalties,” “Legends of the Fall,” “See,” and “Stumptown,” according to the release.

Cardinal became a member of the Order of Canada, the country’s second-highest civilian honor, followed in 2020 by The Governor General's Arts Award, the highest civilian honor of the Arts in Canada. In 2017, she was awarded the Academy of Canadian Cinema and TV Earle Grey Award for Lifetime Achievement, according to the release.

Myers will portray Anna Brown, Mollie’s older sister. Myers is an enrolled member of the Wichita Tribe. Born in Phoenix, Arizona, Cara was raised in the small Arizona town of Prescott Valley. She has appeared on film and TV in “Rutherford Falls,” “Masters of Fear,” “This is Us,” “Hermione Granger & The Quarter Life Crisis” and “Ward of the State,” according to the release.

Collins will portray Rita Smith, Mollie’s younger sister. Collins is an enrolled member of the Fort Peck Assiniboine and Sioux Tribes from Poplar, Montana but is also half Apsáalooke (Crow). She studied acting at the University of New Mexico under Paul Ford, and later at Upright Citizens Brigade, according to the release. Her film and TV credits include "Longmire," "Fukry," "Kindred Spirit," and "Gunfight at La Mesa."

Dion will portray Minnie Smith, the youngest sister of Mollie. Dion is a Canadian-born actress of Plains Cree, Metis and French-Canadian descent, raised in a Dene/Metis household. After attending an open call during the Gathering of Nations in Albuquerque she was cast in the mini-series “Into the West,” according to the release. Dion has appeared on “Motherland: Fort Salem,” and “Legion.” She belongs to the Saddle Lake Cree Nation.

Scorsese produces and directs “Killers of the Flower Moon” for Apple Studios from a screenplay by Eric Roth. Producing alongside Scorsese are Imperative Entertainment’s Dan Friedkin and Bradley Thomas and Appian Way Productions.

CORRECTION: This article was corrected on March 13. The body of Anna Brown was not found one mile north of Pawhuska, it was found near Fairfax. The Osage News regrets the error.