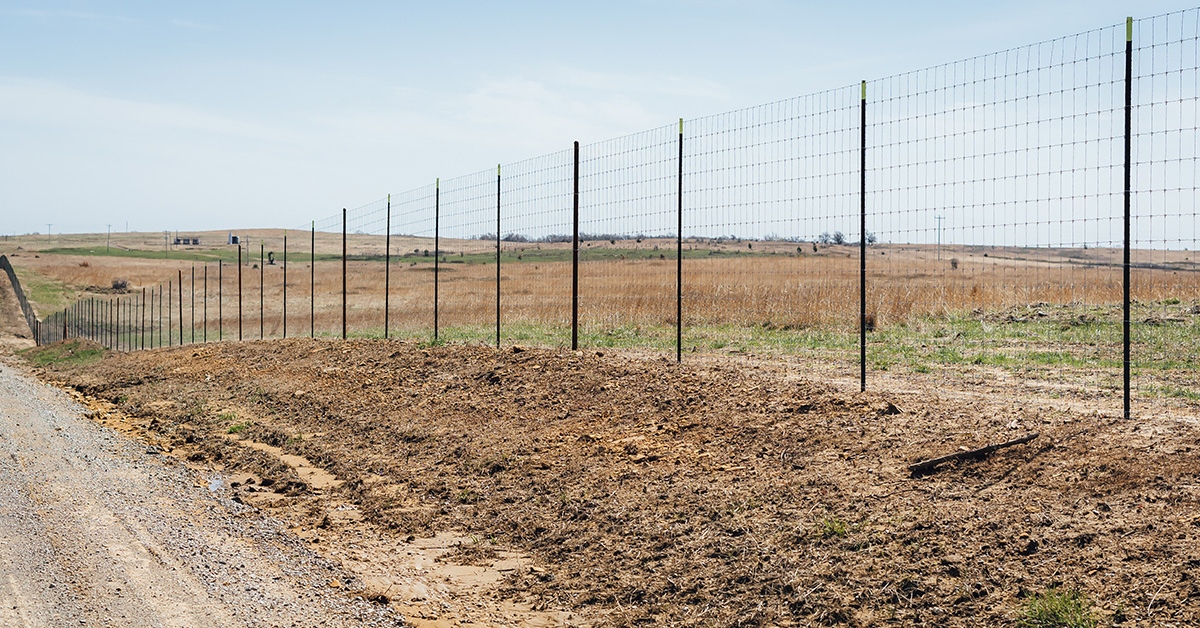 With funds from the Coronavirus Assistance, Relief, and Economic Security (CARES) Act now closed out, the Osage Nation Ranch is looking at a much-improved facility. From fencing to a barn raising, $2.9 million in CARES funding has allotted for the ranch to fast-track much-needed improvements that might otherwise have taken years to execute. Among the expenditures, 24 miles of wire cattle fencing and 18 miles of tall bison fencing, a project that involved rolling and disposing of old fence, as well as clearing and leveling the fence line with a dozer.

“I don’t know how long it would have taken to build that much fence,” said Osage Nation Ranch Board Chairman Galen Crum. “It might have taken 10 or more years.”

The extra-tall bison fencing, in addition to improvements to the working pens and a chute facility, will free up 3,000 acres for bison above the preserves’ existing 600 acres. The increased area will allow the ranch to double the bison herd to as much as 300 head. As the herd grows, Chairman Crum anticipates having enough young bulls to cull for processing.

When prioritizing projects, the primary goal was to increase the carrying capacity of the ranch. While CARES funds could not be used to generate a profit, the increased cattle stock, improved resources, and expanded capacity will likely help with the ranch’s bottom line in the long run.

Aerial spraying alone proved to be a cost-effective way to increase production and clear over 1,000 acres of previously unusable land. The newly grazable section has since been leased out with the 2021 grazing leases.

CARES-funded projects have opened the ranch up to a new level of operation. Previously, the ranch maintained a herd of cattle and sold off calves, producing only enough meat for resident cowboys and to give away for food distribution, as needed.

“We were just a commercial cow-calf operation,” said Chairman Crum. “Now we’ve been able to start meeting the needs of the Osage people directly.”

It was just one year ago when disruptions to the beef supply chain forced the Osage Nation to take aggressive action on food insecurity. In spring 2020, at the same time tribal programs were reporting a meat shortage, the Osage Nation Ranch had cattle available to process but nowhere to send them. Through CARES funding, the Osage Nation acquired 426 cows and 22 bulls. With commodity barn and feedlot improvements, the ranch now has the capacity to retain cattle and feed them for processing. Today, with the addition of the CARES-funded meat processing plant in Hominy, the Osage Nation now has a complete supply chain.