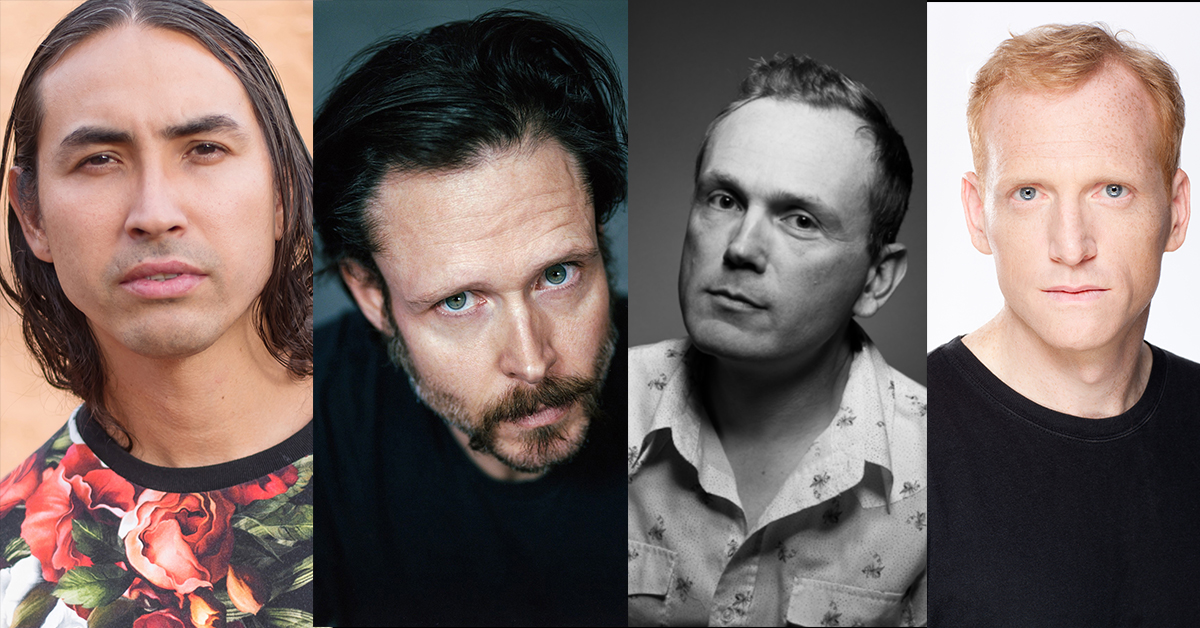 The cast of Martin Scorsese’s upcoming “Killers of the Flower Moon,” is beginning to grow.

The film is an adaptation of David Grann’s bestselling book, “Killers of the Flower Moon: The Osage Murders and the Birth of the FBI.” The book details the true story of the systematic murders of Osage tribal members for their oil wealth in the 1920s. The story also chronicles the investigation of federal agents and the evil they discover lurking on the reservation.

John Wren was possibly the only Native American federal agent in the 1920s. He was part Ute and described as having a “twirled mustache and black eyes.” He was once a one-time spy for Revolutionary leaders in Mexico and was a skilled investigator. He was described as “brilliant,” and he had experience working investigations on reservations. He went undercover as a Medicine Man looking for his relatives.

Frank Smith was a Texan who was recruited by White for his adept hunting skills and mastery of rifle and pistol shooting. He was also an avid outdoorsman, big game hunter and an older, more experienced agent. He went undercover for the investigation.

John Burger was an agent already well known in Osage County and had worked a previous Osage murder case. White recruited him because he had created an extensive network of outlaws that could be used as informants. However, White did not entirely trust Burger as he had already made it known his racial prejudice toward the Osage.

Bryan Burkhart was the last person to be seen with Anna Brown and was eventually implicated in her murder. The younger brother of Ernest, Bryan was often in trouble with his uncle William “Bill” Hale (portrayed by Robert De Niro) and is described as having an unsettling, steely countenance who lacked the good looks of his older brother.

Scorsese produces and directs “Killers of the Flower Moon” for Apple Studios from a screenplay written by Eric Roth. Producing alongside Scorsese are Imperative Entertainment’s Dan Friedkin and Bradley Thomas and Appian Way Productions.

Tatanka Means is an award-winning actor and stand-up comedian from Chinle, Ariz. He represents the Navajo, Oglala Lakota and Omaha Nations. His most recent credits include starring alongside Mark Ruffalo in HBO’s limited series “I Know This Much is True,” directed by Derek Cianfrance. Means performs stand-up comedy throughout the U.S. and Canada. He travels Indian Country spreading laughter and messages of motivation to all ages. Means entertains audiences everywhere from casinos and schools, conferences and colleges, to prisons and rehab centers. The National Indian Gaming Association recently honored Means by naming him the Entertainer of the Year. He currently resides in Albuquerque, N.M., with his wife and children.  Means is the son of Gloria Grant and the iconic American Indian activist and actor, Russell Means.

Michael Abbott Jr. can most recently be seen as the co-star in Bryan Bertino’s horror thriller “The Dark and The Wicked.” Previously, Abbott starred in the A24 dark-comedy Sundance hit “The Death of Dick Long,” directed by Daniel Scheinert. In television, Abbott most recently appeared as Issac in the Season 6 premiere of AMC’s “Fear The Walking Dead.” An ensemble member of John Houseman’s Tony-honored Acting Company, Abbott most recently appeared on stage in a sold-out extended run of the new play “Hurricane Party” at the Cherry Lane Theatre in NYC.

Pat Healy is a film and television actor best known for leading roles in “Great World of Sound,” “Compliance,” “The Innkeepers” and “Cheap Thrills.” More recent film appearances include “Bad Education,” “Velvet Buzzsaw,” “The Post” and “Captain America.” Healy has appeared on television in recurring roles in “Them: Covenant,” “Station 19,” “In Treatment” and “NYPD Blue.” Born and raised in Chicago, Healy began his career with the Steppenwolf Theater. He is the author of two screenplays that are on Hollywood’s prestigious blacklist of respected unproduced scripts. In 2017, he directed his first feature film, “Take Me.”

Scott Shepherd is a film, theater and television actor known for appearances in the features “Bridge of Spies” and “Jason Bourne,” as well as the HBO-TV series, “The Young Pope.” Shepherd began his career off-Broadway with The Wooster Group in “The Town Hall Affair.” He also appeared with the Elevator Repair Company in the play “Gatz” at the Public Theater as well as in several of the Repair Company’s other productions including, “No Great Society” and “Total Fictional Lie.” Shepherd’s other film credits include “First Cow,” “X-Men: Dark Phoenix,” and “El Camino: A Breaking Bad Movie.” Television appearances include HBO’s “True Detective” and “Wormwood” for Netflix.