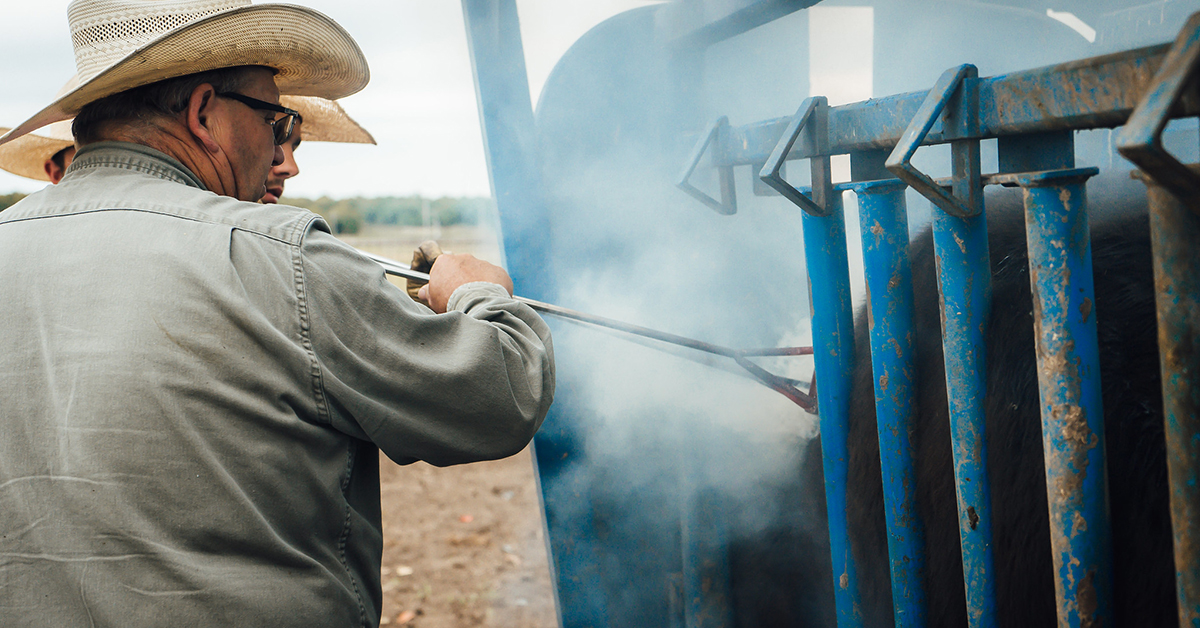 Over a year into the COVID-19 pandemic, the rippling effects have been far-reaching, extending well beyond virus-related illnesses and fatalities. Even individuals who have avoided infection have likely experienced second-order effects such as job loss, academic interruptions, social isolation, supply chain disruptions, and increases in domestic violence. For the Osage Nation, food insecurity was an early effect of the pandemic.

“Our food security problems were bad before COVID and the pandemic’s second-order effects immediately made this situation worse,” said James Weigant, COVID Task Force Coordinator for the Osage Nation.

Closures and slowdowns in the food supply chain across the country were felt acutely in food deserts like the Osage Reservation. Osage Nation's early childhood and elder nutrition programs were unable to source meat protein in the early months of the pandemic as prices spiraled upward. Though the Nation had existing farm and ranch resources, the abrupt disruption led tribal leaders to assess the missing links in the local food supply chain.

Weigant described having great herds of cattle and bison, but no place to process them or get them ready for market; and having fertile river bottom farmland but lacking the infrastructure to produce year-round.

“If we could fill in the missing links of the food supply chain, we would have our own insulated network that is protected from COVID outbreaks and business closures in other parts of the country,” Weigant said.

According to Federal Register guidance, the 2020 Coronavirus Aid, Relief, and Economic Security (CARES) Act called on state, territorial, local, or Tribal governments “to respond directly to the emergency, such as by addressing medical or public health needs, as well as expenditures incurred to respond to second-order effects of the emergency.”

As head of the COVID Task Force assigned to administer the $28.6 million in federal funds allocated to the Osage Nation, Weigant said their first priority was to directly combat the pandemic. Millions of dollars were set aside for the Wahzhazhe Health Center, Tribal Works, and Emergency Management to prepare for and respond to COVID-19. Close to $13 million in CARES and tribal funds were paid directly to Osages nationwide.

Beyond the direct response to the virus, the Task Force identified food security as an important second-order effect to address.

CARES-funded projects included greenhouses, aquaponics and produce processing facilities at the Harvest Land, formerly known as Bird Creek Farms. On the Osage Nation Ranch, wells were dug, feedlot facilities were developed, fencing was built, and hundreds of cattle and bison were purchased to be used as direct inputs for the new meat processing facility, another CARES funded project.

Galen Crum, Board Chairman of Osage Nation Ranch, said the CARES-funded improvements helped change the role of the ranch.

Jann Hayman, Director of the Osage Nation Department of Natural Resources, said they are currently working with the early childhood and elder nutrition programs to understand their needs for meat protein. CARES-funded cattle are slated to be processed and supplied to these programs that originally suffered the meat shortage.

Already, the meat processing facility has had an impact on local ranchers who have struggled to find a place to process their livestock.

“We’re able to get people in now,” Hayman said. “At this moment, that’s the biggest contribution we’re making to the local people.”

Though investment in the farm, ranch, and Butcher House most directly impacts local residents. Hayman says they are aware that people are experiencing these same food security issues throughout the country and they are exploring creative possibilities for serving people off the reservation.

While direct nutrition assistance is difficult to provide over great distances, localized food supply chains do have a ripple effect.

“What we do here takes up slack on a national level,” said Hank Hainzinger, board co-chair of Osage Ranch said at the April 15 meeting.

As COVID-19 variants emerge and outbreaks continue to soar globally in places, the insulated food supply chain is designed to buffer the Osage Nation from the ongoing effects of the pandemic.

“We are better prepared to feed our people regardless of what happens on the national level,” Weigant said.