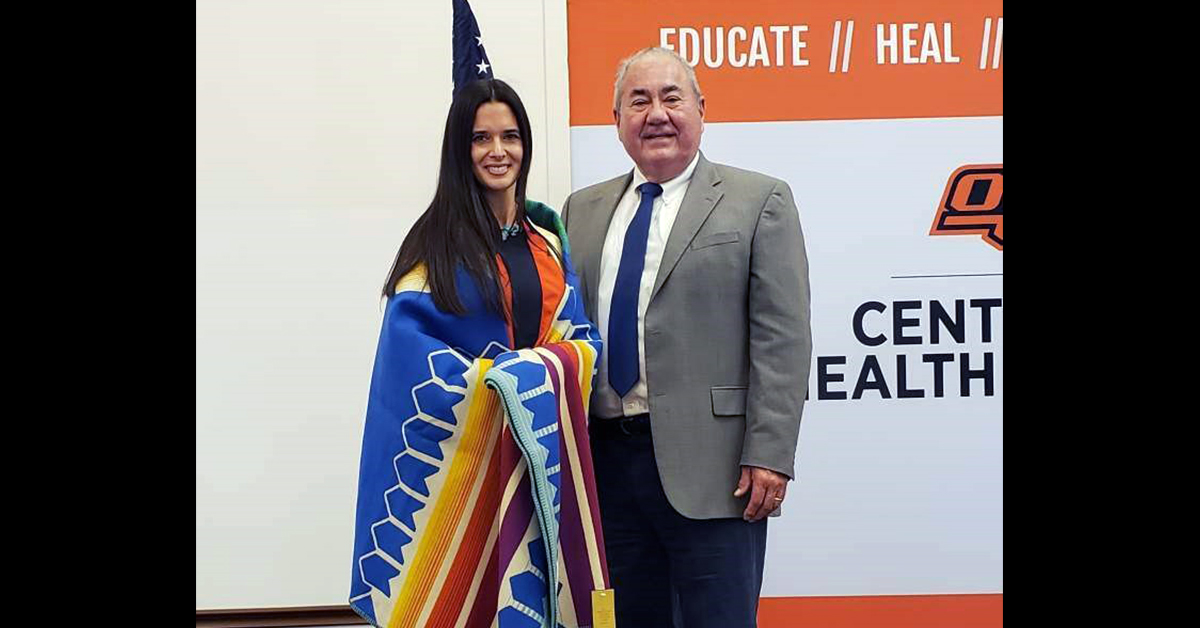 TULSA, Okla. - A former Daposka Ahnkodapi teacher graduated from the Oklahoma State University with a Doctor of Osteopathic Medicine degree and is among several Native American medical students graduating with the Class of 2021.

Piper Long (Osage) participated in the May 6 honoring ceremony for Native students in the Tandy Conference Center and was named Outstanding American Indian Student, according to an Osage Nation press release. Long, who previously taught Kindergarten at Daposka Ahnkodapi, graduated from her studies in Radiology and Diagnostics with a Doctor of Osteopathic Medicine degree. The spring 2021 class included Native students who also come from the Cherokee Nation, Chickasaw Nation, Choctaw Nation, and the Muscogee Nation.

Long left Daposka Ahnkodapi in May 2017 to start her medical studies. She will be completing her residency training in Diagnostic Radiology at OSU Medical Center in Tulsa.

The Office of American Indians in Medicine and Science is OSU Center for Health Sciences’ designated organization for developing Native people as physicians, researchers, and educators. For more information on programs and educational opportunities, visit its website at: www.medicine.okstate.edu/oaims/index.html

For more information on scholarship and other student opportunities from the ON Education Department, visit its website at: www.osagenation-nsn.gov/what-we-do/education-department