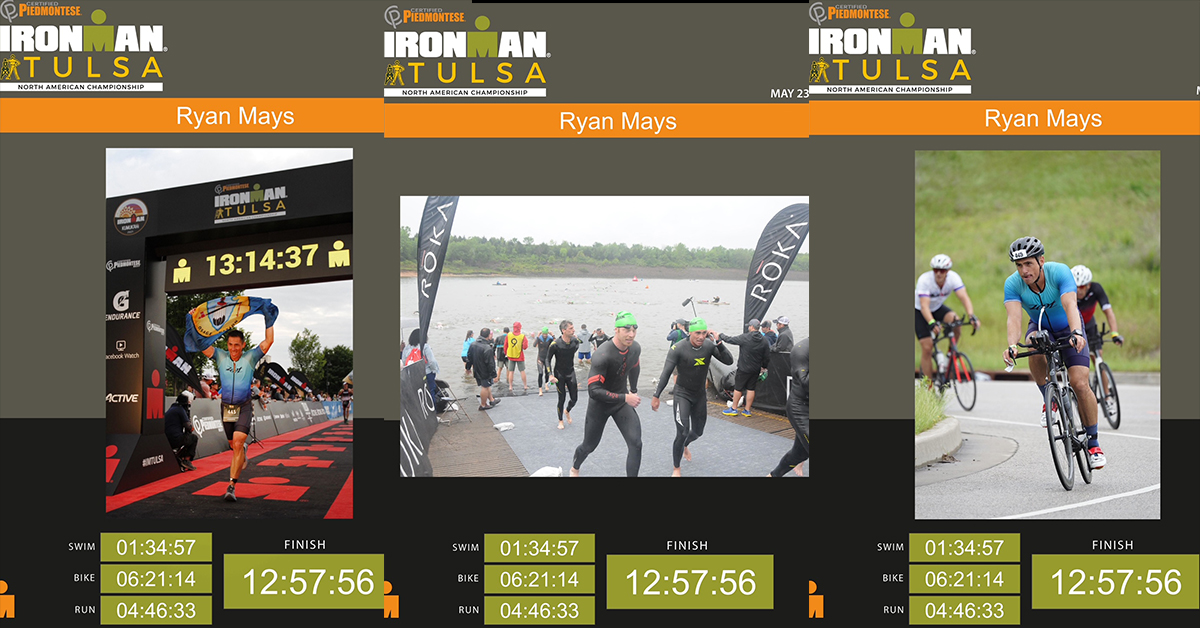 You’d think Osage Nation Member Ryan Mays was a superhero when he crossed The Ironman Tulsa 2021 Triathlon with the Osage flag hung proudly over his shoulders like a cape, and you’d be right.

Anyone who can complete a 2.4-mile swim, 112-mile bike ride and 26.2-mile run that is done consecutively and in less than 17 hours receives automatic superhero status for their elite athleticism. Though he made his time of 12 hours 57 minutes and 56 seconds look easy, Mays humbly admitted it took him about 2 years of training to reach that point.

“My main goal was just to finish,” Mays said. “I think there were a few people who didn’t even finish, and I wanted to get through the whole race. It was about what I expected too — except for the run at the end.”

One of Mays’ largest takeaways from this race was the importance of his nutrition.

“Running is the last part and I was dehydrated and dealt with some pretty bad cramping,” he said. “I was disappointed since that was my strong suit, but I’m prepared for next time.”

Mays hopes to be a source of advice and information for anyone interested in completing a major race like the Ironman triathlons. In fact, he has one protege already.

“My wife got really interested,” Mays said. He explained how they’ve always been runners together but now that they are both signed up for next year’s race and a half-Ironman in Waco, Texas, they can enjoy the training together. Mays also is excited to see other Osages show interest and is happy to extend his help and suggests to anyone interested that they should send him a message on Facebook.

“I think if anyone is motivated, they can do it, they just have to put in the work. Plus, I think a big Osage presence would be cool.”

Mays wanted to make sure everyone knew Osage was being represented when he crossed the finish line and see his pride for the tribe.