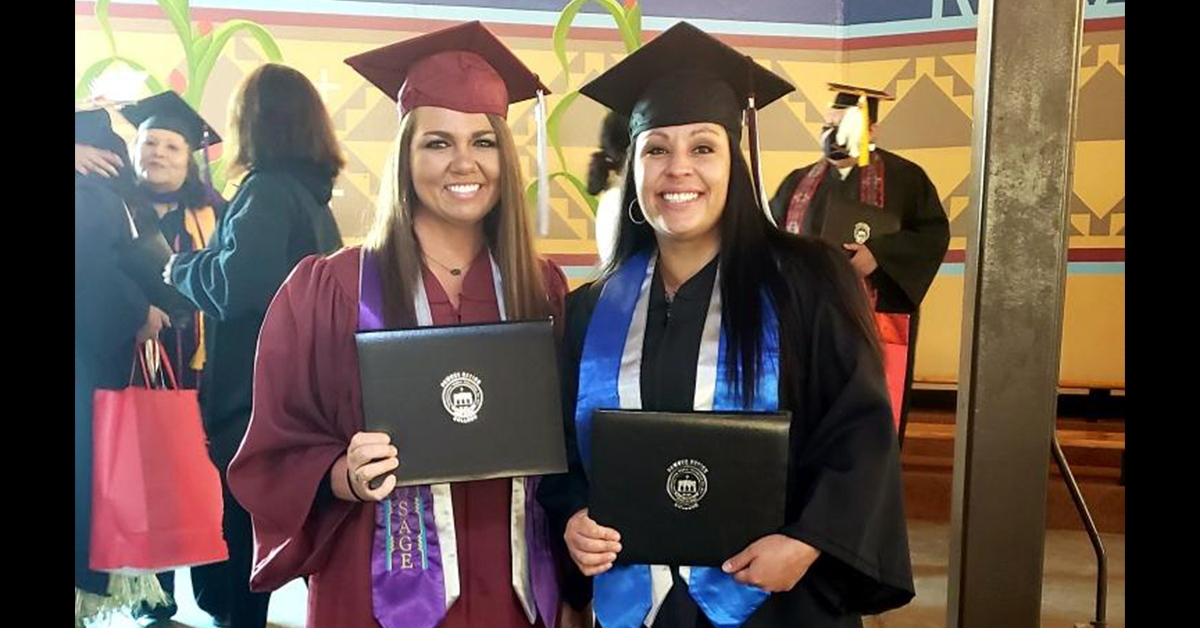 Photo caption: Shaina Smith (left) and Patricia Bigheart, both Osage tribal members and ON employees, received their bachelor’s degrees from Pawnee Nation College. The Osage Nation has a partnership with the PNC. Courtesy Photo

Osage Nation members and ON employees Patricia Bigheart and Shaina Smith were among the 2021 Pawnee Nation College graduates on May 14.

The Osage Nation has held an ongoing partnership with the Pawnee Nation College and Bacone College, according to an Osage Nation press release. Several Osage Nation employees continue their education through this partnership to earn their degrees and better serve the Nation.

The graduation ceremony took place at the Pawnee Nation Roundhouse, according to the release. Michael Burgess (PNC President) gave the welcoming and introductions. Dr. Gene Evans (Board of Trustee, PNC) addressed the graduates and the PNC Board of Trustees and The PNC President presented diplomas to all the graduates. Dr. Clarance Benes (PNC Faculty Chair) and Dr. Nicky Michael (Bacone Faculty member) presented awards to the outstanding students.

For more information about this event, or about starting classes with PNC contact the Osage Nation Education Department at osagenation-nsn.gov or (918) 287-5300.