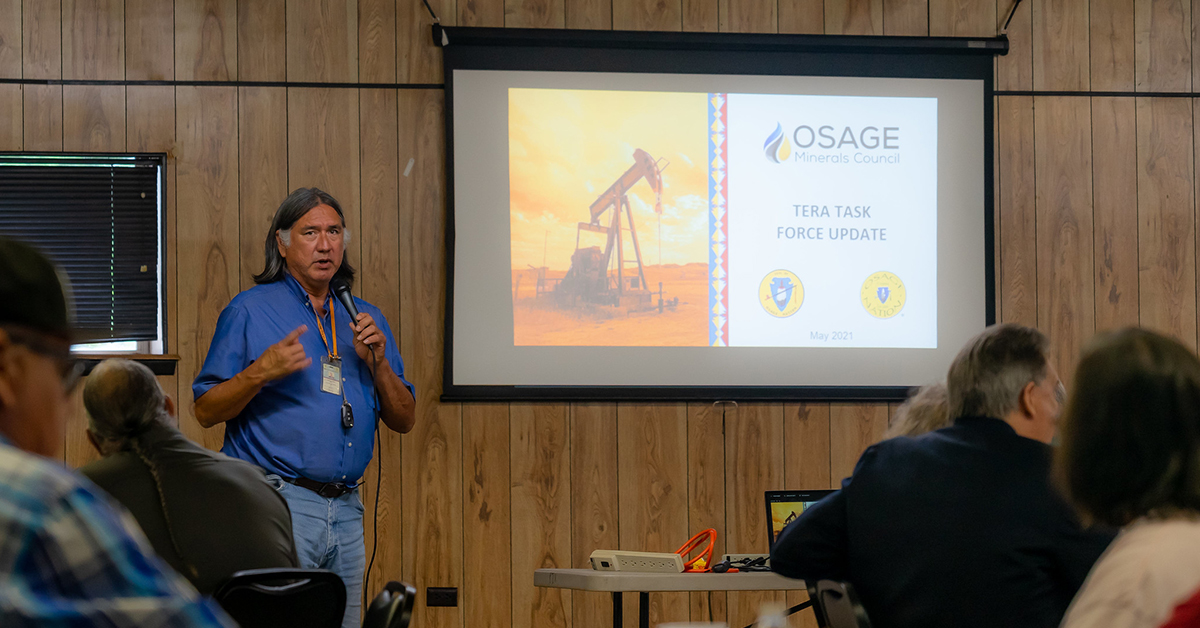 The Osage Minerals Council held three meetings to discuss the TERA task force with shareholders and Osage community members. The meetings held in Grayhorse, Hominy and Pawhuska allowed for the council to explain its plan for a TERA and answer questions from shareholders.

The council listed three strategic plan items for a TERA and the Osage Nation: Increase transparency and communication between the council and shareholders; provide more information and education about probates, headrights, and other such topics; and develop Osage-owned businesses relating to the oil industry.

While there were many positives listed, some negative points come with a TERA. Those cons include a negative perception of the impact of the inherent federal function and the fiduciary relationship the federal government has with the Osage; potential retaliatory action from the Bureau of Indian Affairs and Department of Interior; Gov. Stitt’s relationship with tribes and One-State Committee impact.

Though the meetings allowed for communication between the council and the community, not all council members were on board with having the meetings.

Councilman Paul Revard said in a statement that, “I have observed that the individual Osage Minerals Council members are not in agreement on many of the issues related to a potential TERA and I would have preferred to delay the TERA public meetings until we had more information to share and to be more prepared to discuss details of a TERA with our headright owners.”

All three TERA task force meetings can be found on the Osage Nation’s YouTube page.