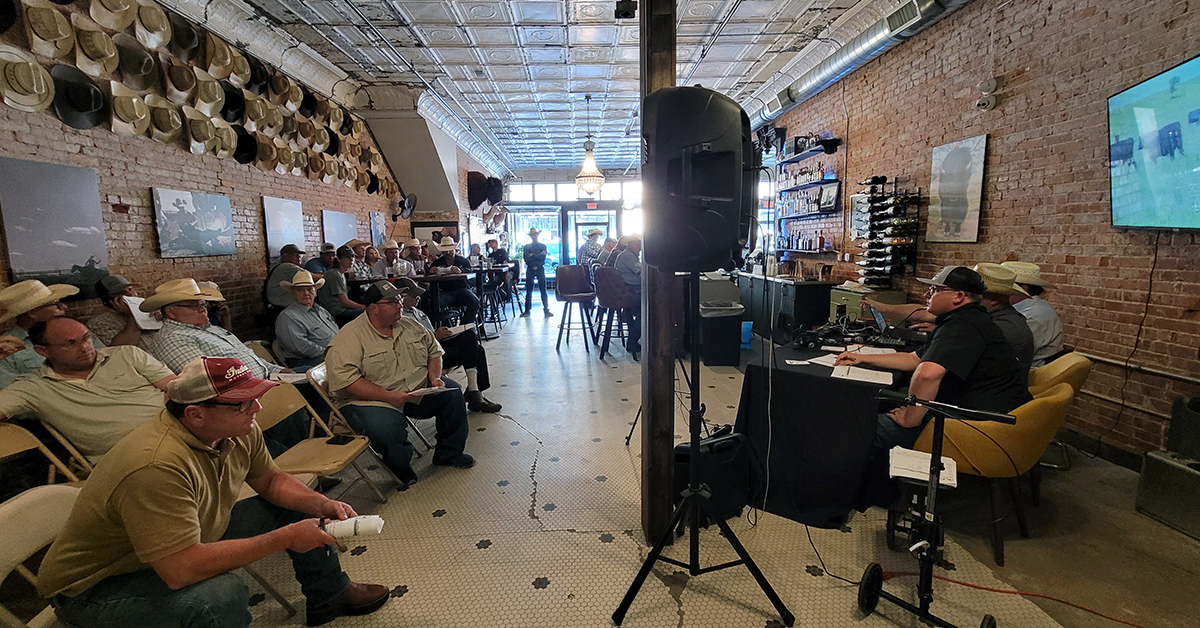 Approximately 20 bidders gathered inside the Pioneer Woman’s Dry Hollow Bar in downtown Pawhuska on July 6. Not to mention, an unknown quantity of online bidders also participated in the special post-holiday sale.

In the auction packet, the Osage Nation Ranch lots were described as a “good set of calves as the state of Oklahoma will have to offer.” South Coffeyville Stockyards (SCSY) representative Tylen Layton said in a phone call after the auction that the bids on the Osage Nation Ranch calves were “really high for unweaned calves” but they were able to bring in a higher-than-average price because “they’re NHTC and really high quality.”

NHTC stands for Non-Hormone Treated Cattle, which are certified through IMI Global. According to the IMI website, many NHTC buyers are looking for beef to export to the European Union. The buyer for the Osage Nation Ranch heifers confirmed in a conversation after the auction closed, that the calves had been purchased by an out-of-state buyer and would be sent to Iowa to be fed but their final destination was uncertain. The buyer for the steers could not be reached but Layton confirmed they were also from out of state.

Osage Ranch, LLC Co-Chair Hank Hainzinger and Board Treasurer Ladd Oldfield both attended the auction and said they were pleased with the results of the bidding.

At the auction, Oldfield said it was the Ranch’s first time to use South Coffeyville Stockyards to sell calves. In representing the ONR, Layton had visited the ranch to capture video of the calves and brought prospective buyers to the ranch. SCSY representatives take a $15 per head commission. Oldfield said the board accounts conservatively for the fall and spring calf sales in the annual budget.

As the auctions closed, Oldfield commented, “This will make our budget look good.”