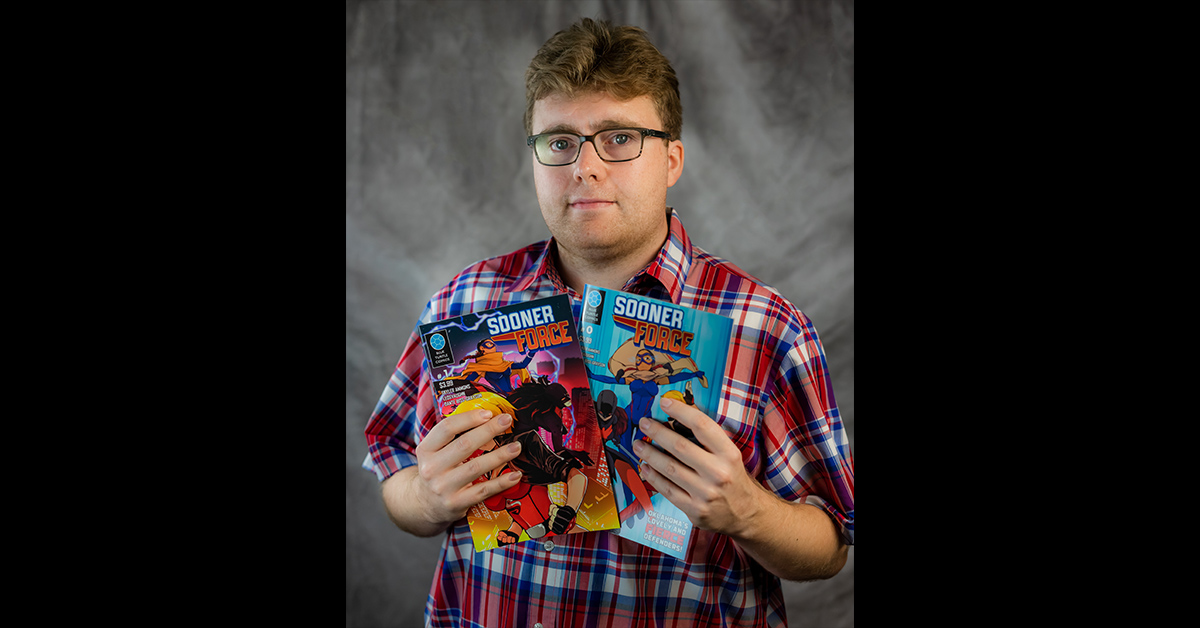 If you thought Osage Nation reached its peak cool factor already, think again. Queue, The Owl: Osage Guardian, a comic book thriller about the Native American vigilante, The Owl and his dispense of justice in 1930s Oklahoma. Osage Writer and Graphic Designer Skyler Ammons meshed his passion for graphic design and Native lineage into this noir-inspired piece of work and looks forward to the many stories there are to tell.

“Oklahoma has untapped potential for stories,” Ammons said. “Not just superheroes but everything. There are so many plots to be made, especially with Osage.” Ammons developed his independent self-publishing brand called Blue Turtle Comics and with The Owl being the third book he has published, he looks forward to creating even more stories and narratives concerning Oklahoma and the Osage people.

Ammons’ fascination with historical fiction and superheroes alike started at an early age from reading his parent’s old comics and led him to wonder what all he could create.

“I wondered what kinds of stories we could tell about this part of the world as far as a dark archetype. All the stories we know have a lot of the same aesthetics and locations like Boston or New York and I didn’t want the typical setting,” Ammons said.

The Owl takes place in Rogers City, Oklahoma in 1935, a dark time for the country and especially for those in The Dust Bowl. Tension was high as many suffered from the trauma of the Great Depression. Violent gangsters and criminals ran rampant and brutal acts of racism reigned without consequence. The Osage people were no strangers to these hard times and were victims of many injustices. The story takes this historical truth and drops in the mysterious vigilante known as, The Owl.

Now that Ammons met his initial goal on Kickstarter, the comics are off to the printer and will be available later this summer locally and for delivery, Ammons is excited to use the money raised toward printing and is using any additional funds to make the next issue bigger and better. Stay up to date on all things The Owl at Blue Turtle Comics on Facebook.