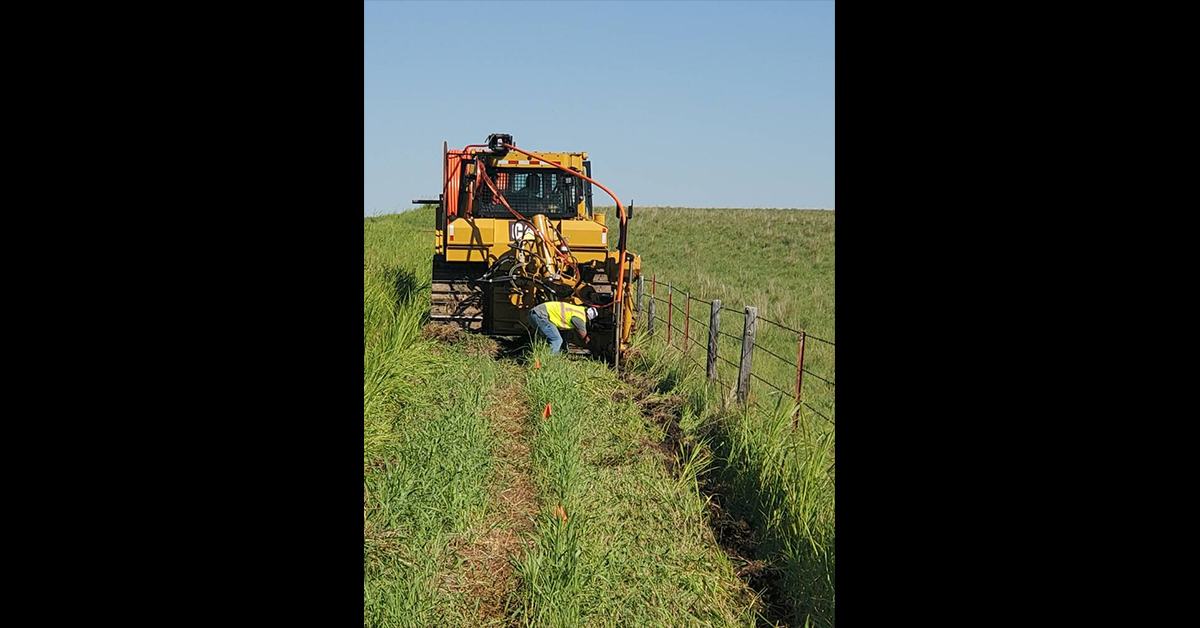 The fiber optic cable installation brings the Grayhorse community one step closer to high-speed internet. Grant funds for the project were awarded in 2017 through a USDA Rural Utilities Service Community Connect grant. The expected timeline for the project was originally 24 months. Right of way access, land acquisitions, and environmental and cultural preservation assessments extended the project by two years. The new deadlines for the broadband projects are November 2021 for Grayhorse and December 2021 for Bowring.

“We’re very pleased that it appears we will meet our deadline after so many delays,'' said Richard Perrier, Osage LLC board member. “The unknown is what it’s going to look like long term.”

As the entity managing the project, Osage LLC is currently exploring the best options for providing internet service to residents. The terms of the grant only require that high-speed internet is made available through a central community center for two years beyond the grant closing.

Tracy Moore, Grayhorse resident and Osage language teacher, said in a phone call that she had to rely on her satellite internet through HughesNet while teaching at home this past year.

“It worked to a point but there was a lot of static and disconnect,” she said. “I expected broadband to be in place last August for teaching from home.”

Some residents see the benefit of broadband internet but have reservations about the new developments.

Moore said she thinks the public internet center will be beneficial to younger students who don’t have phones, iPads, or computers. She also noted that because Grayhorse is so remote, people who come to town for community events often don’t have cellular service. She said the community internet center could be useful for those visitors.

Paula Martinez also lives in Grayhorse and teaches Osage language classes. She indicated in a phone call that the high-speed internet and community center could help expand the reach of the Osage Nation Language Department.

“Some people say they can’t take the language classes because they are online,” Martinez said.

Danny Sadler, Osage LLC Treasurer, said in a phone call that, though they were not on time, they were on budget for the project. Grant funds total nearly $3 million, and the Osage Nation contributed $450,000.

During the ON Congressional 10th Special Session that began on July 24, Congresswoman Brandy Lemon sponsored ONCA 21-67, an act to appropriate $1.75 million to the Osage LLC for the continuation of the Grayhorse and Bowring broadband projects.