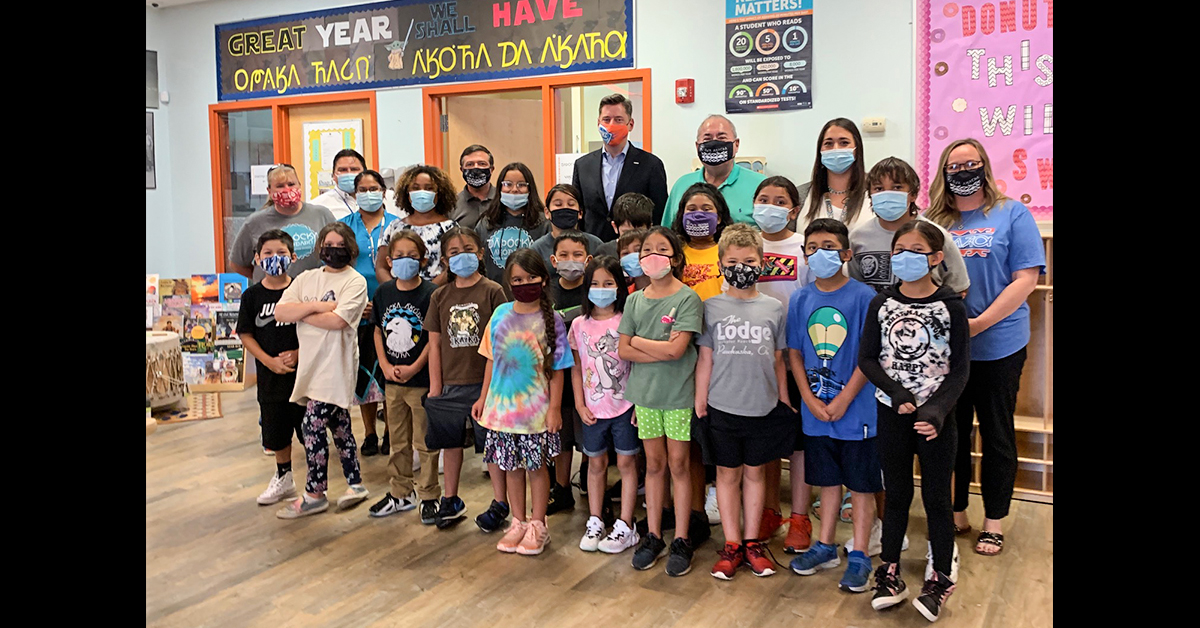 “It was so meaningful to visit Daposka Ahnkodapi, as well as Harvest Land. I am really impressed with the many initiatives that Chief Standing Bear and the Congress have advanced,” Holt said. “Harvest Land is especially notable because I know a lot about trying to spend CARES Act dollars before the original deadline, and I don’t know any government that did a capital project that elaborate and impactful in such a short amount of time. It was also amazing to see what is happening in downtown Pawhuska. There is so much energy there now. It’s very cool.”

Holt is the first Native American to be elected Mayor of Oklahoma City in its 129-year history. Holt, a Republican, also served two terms in the state Senate starting in 2010 until his mayoral election win in 2018. He is up for re-election in 2022.

In February, Holt was elected to the Board of Directors for the National Cities League after winning the league’s election for a two-year term.

Holt earned a Bachelor of Arts in Political Science from George Washington University and a Juris Doctor from Oklahoma City University. He is also the author of the 2012 book, “Big League City: Oklahoma City’s Rise to the NBA.”