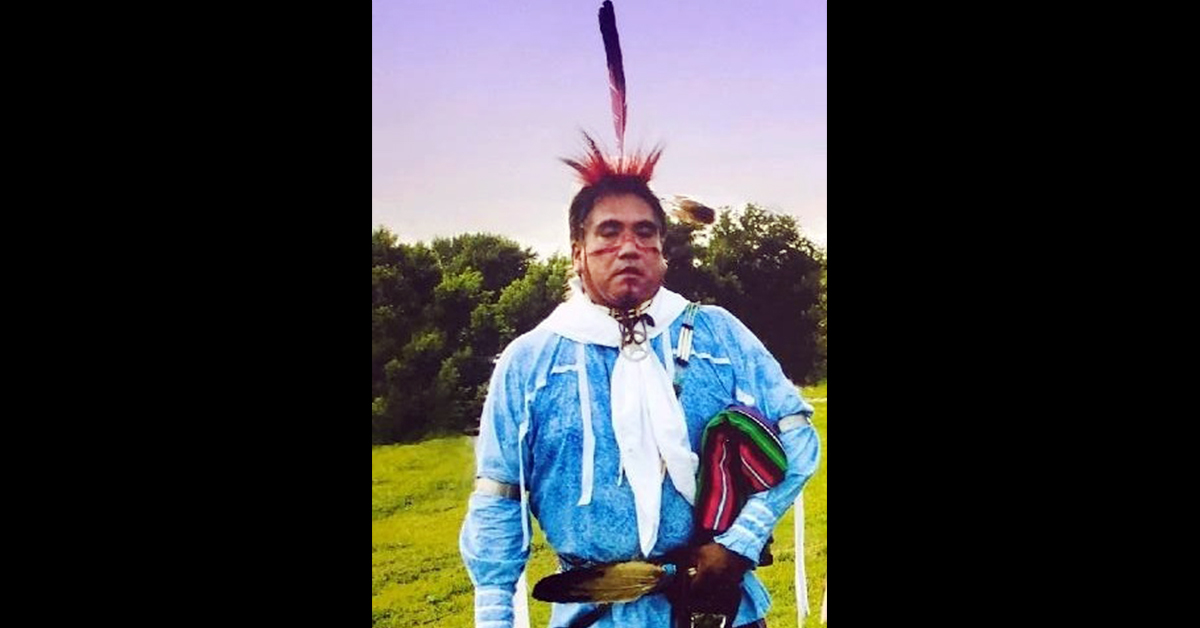 Frank Frederick Redcorn was born on Sept. 5, 1962, in Pawhuska, Okla., to the late James Lacy (Jim) Redcorn and Jo Beryl Grace (Joby) Henry Redcorn. Frank was one of the last to be named into the Tsi-Zho-Wa-Shta-Ge or Gentle Sky clan of the Osages by Wakon Iron. He carried the name of Wa-Tse-E-Ta all his life. During his youth, Frank resided on his Kiowa grandmother's allotment in Washita, Oklahoma and later residing in the Pawhuska Indian Village on the lot formerly occupied by his Osage great-grandparents.

Coming home from college Frank worked in the oil field, became a welder, and before retiring due to medical reasons worked for many years in the Osage Nation’s maintenance group.

Frank loved to dance and served as a member of the Pawhuska War Dance Committee for several Drumkeepers. Frank loved to wear the red outfit made for him by the granddaughters of Louise Gray Redcorn, the distinguished red designated only for the first-born sons of Osages.

In 2005, Frank joined other Osage men and competed in Oklahoma City for a State weightlifting competition. Frank led this Osage group of men and took 1st place. The group was inspired by a recent opening of a fitness center built for Osages.

Frank was also a member of the Osage Indian Baptist Church in Pawhuska, Oklahoma. At the church, Frank was a bus driver, helped sing, and assisted many ministries all conveying the message of the Gospel of Jesus Christ to the Osage and Native communities in and around Pawhuska.

Frank is survived by his siblings Talee Redcorn of Pawhuska; James (Dickens) Redcorn and his wife Robin of Jay, Okla.; sister Marla Redcorn-Miller of Pawhuska; and his younger brother David Eric of the state of Washington. Frank had nieces and nephews – Wilma Redcorn and son Adrian; Tahlee (TJ) Redcorn; Jordan Hampton and her husband Trey; Jamie Wheeler and husband Cole and daughter Bexley; and Lanora and many other extended family nieces and nephews, cousins, and friends.

Traditional Indian services will be held Friday, Sept. 3, at 9 a.m., at the Indian Camp Chapel, Pawhuska, with Johnny Redeagle officiating. Pastor Scott Kohnle, Osage Indian Baptist Church, will follow at 10 a.m. with Christian Church services. Interment will be in the Pawhuska City Cemetery