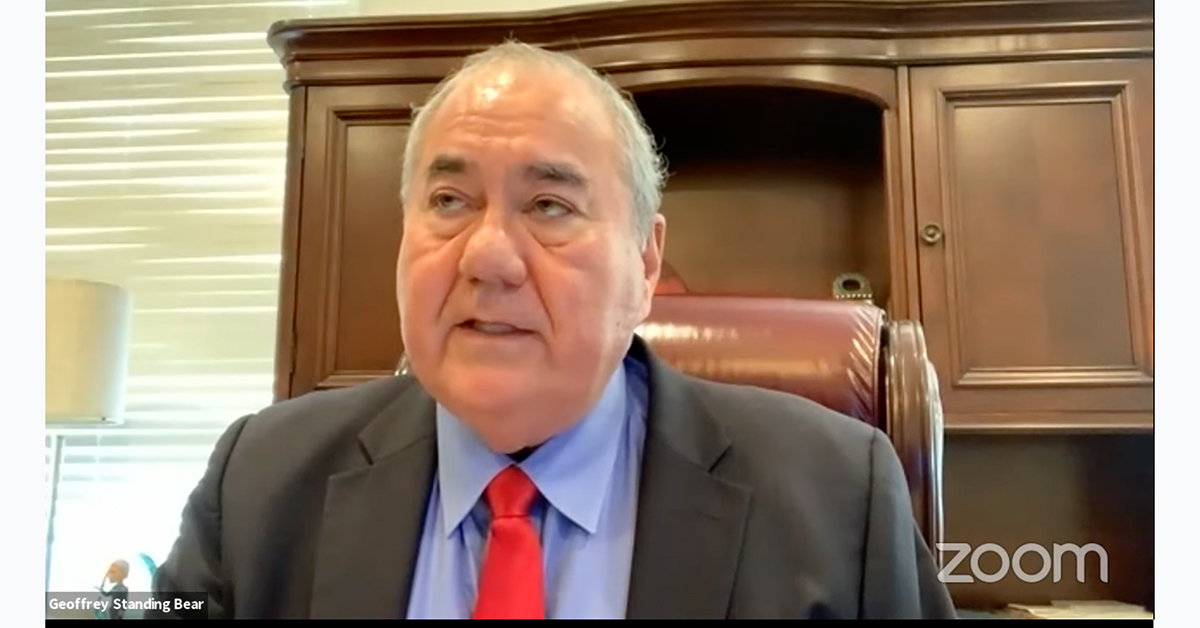 Principal Chief Geoffrey Standing Bear gave his executive address to the Congress today during Day 1 of its Tzi-Zho Session and announced the Osage Nation gaming enterprise has purchased land in Missouri and is currently looking for a second, similar parcel of land to purchase.

“In October, we might have to really bring more of our program people into those areas to do what we want to do anyway. Tell the people of the United States that this is our homeland, this is our legally recognized homeland. There are treaties in place that we did not fully agree with that drove us out of there and we want to claim those properties," Standing Bear said. "That means Dr. Andrea Hunter and her group, Addie Hudgins and her group, Vann Bighorse and his group, the Education Department, Mary (Wildcat) and her group – to get up there and really to say this is more than about gaming. But, why October? Sooner or later, and it’s going to be sooner, we’re going to have to convey the legal title of the property that gaming has already purchased and we’re already looking at another property for gaming to purchase and it will be conveyed to Osage Nation."

Standing Bear said the property acquired in Missouri will require demolition and remediation. He did not specify where the parcels of land are located, only that the Nation has done a lot of work with Jefferson City, Mo., officials. He did not say whether the parcels of land would be used for gaming purposes, but he did say he wanted the land recognized as our reservation area and wants the principles of McGirt to apply to the Nation's jurisdictional holdings in Missouri.

"I think what happened to us in Missouri, was terrible. Terrible. Our trek through Missouri, from there to Kansas, we lost 90 percent of our people. Those of us who survived, we have to stick together. There’s only 23,000 of us so far that we can count. And, you take half of those folks and they have chosen to be outside of Oklahoma and you see who’s left locally and who can work with us here," he said. "You take away the elders, the children, the disabled and you’re at 4,000 people or less. There are high schools in Tulsa that have more than that. We have got to realize that we are a pretty tight group."

He finished his address by asking Congress to prioritize the budgets and bills for the Osage language, culture and land purchases because he believes those three items will be what keeps the Osage Nation together and moving forward.

Speaker of the Congress Angela Pratt said the Congress was not allowed into the last gaming enterprise board meeting and she was not up-to-date on the plans in Missouri but was assured the Congress would receive an update in committee.

"It's been a long time coming and there's been a lot of work for many, many years now. I'm glad the land has been purchased and we're moving forward," Pratt said.

Editor's Note: This is a developing story and this article may be updated accordingly.