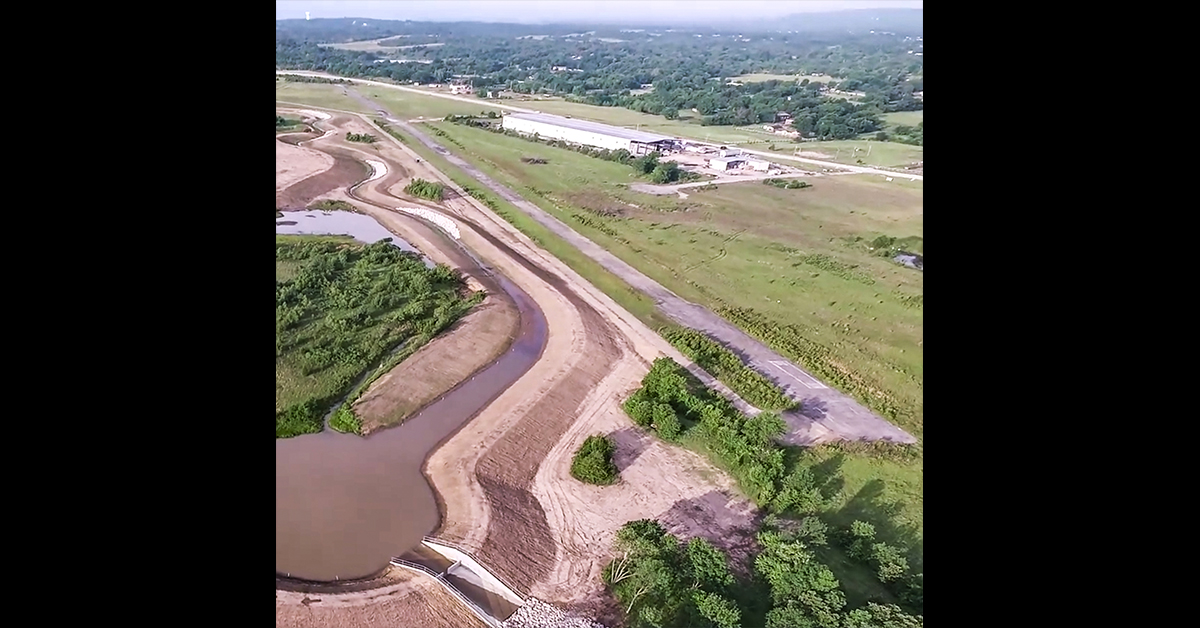 An aerial view of the Nation’s Skyway36 property in Tulsa. Courtesy Photo

The Osage Nation received a $2.1 million grant from the U.S. Department of Commerce’s Economic Development Administration in June.

The funds will be used to improve the existing Skyway36 hangar in an effort to develop an Unmanned Aerial System (UAS) research and development park. The grant is combined with a $400,000 appropriation approved by the Seventh ON Congress during the 2021 Hun-Kah Session.

“EDA is pleased to assist the Osage Nation in developing one of only three commercial drone ports in the country,” said Dennis Alvord, Acting Assistant Secretary of Commerce for Economic Development, according to a U.S. Department of Commerce press release.

The ON Executive Branch and Osage LLC are in the process of negotiating a lease to give Osage LLC operating authority, said Osage LLC board member Richard Perrier.

Skyway36 is located next to Osage Casino Central Services by the Tulsa casino and hotel. The hangar on the property was built in 1940 and needs extensive renovation work, such as HVAC and other needed upgrades. The hangar is 11,000 square feet and includes a building that formerly housed an aeronautics school

“While the Nation invests in infrastructure, they can’t turn it into business,” Perrier said.

Perrier said the Osage Nation has marketed Skyway36 for business and the significant interest indicates it’s time to turn Skyway36 over to Osage LLC so they can be successful in attracting long-term tenants with drones and eVTOL (electric vertical takeoff and landing) business.

Perrier said the goal is to bring lifelong career development opportunities to the Osage Nation.

“We would like to be able to train Osages so we can hire them into these positions that we hope will be coming to Skyway36,” Perrier said. “Most companies we talk to, we ask, ‘what can you offer for training?’ and most companies say they will provide it.”