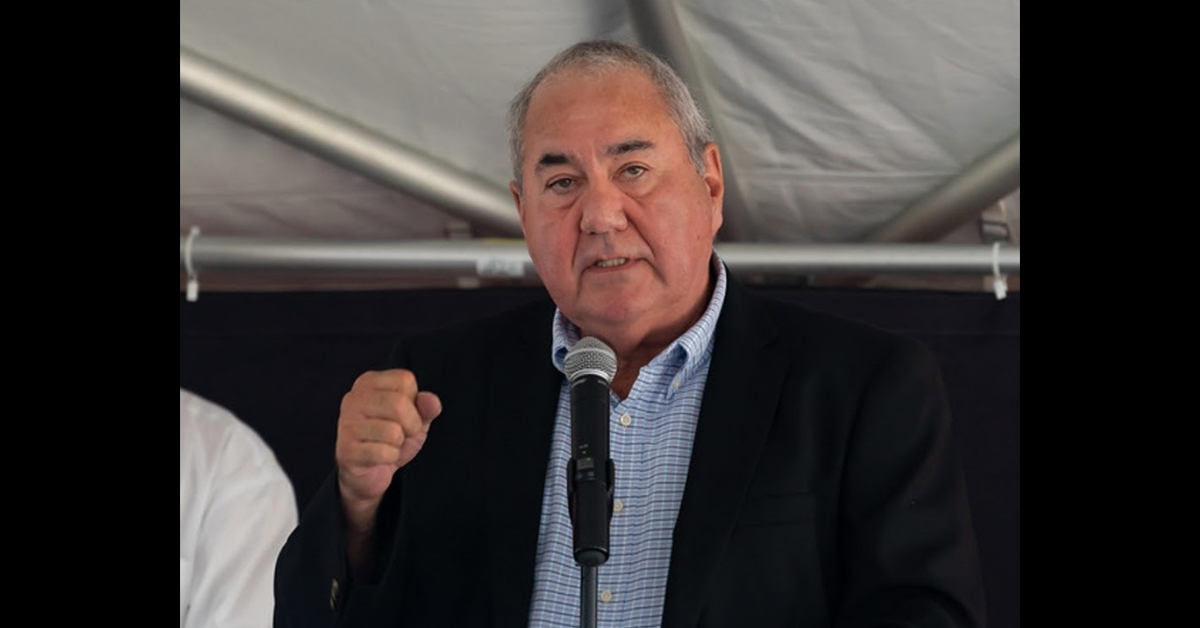 Principal Chief Geoffrey Standing Bear has announced his bid for re-election in the Osage Nation 2022 General Election. He is the first candidate for principal chief to announce his campaign.

“Over the last eight years, Osages have supported my vision of a financially independent Osage Nation,” said Standing Bear in a press release. “I am proud to say that the Nation has made incredible strides towards this shared vision. We are now debt-free and have created self-sustaining programs to further strengthen our sovereignty for generations to come. I’m asking Osages to support my re-election campaign to keep the Osage Nation’s momentum going.”

If re-elected, Standing Bear will serve a third term, more than any other elected principal chief since the reformation of the Osage government in 2006. Standing Bear served as Assistant Principal Chief under the old tribal council form of government from 1990-1994. He was elected to the Osage Nation Congress in 2010 and served one term before being elected as principal chief in 2014.

In the 3-page release, Standing Bear touted his administration’s achievements such as culture and language revitalization; the Osage Nation’s accredited school Daposka Ahnkodapi “Our School”; the new Tulsa Casino and Hotel as well as new casinos in Bartlesville and Pawhuska; the purchase of the 43,000-acre Osage Ranch; the administration of the federal CARES Act funds for food sustainability, such as the new Butcher House in Hominy and the improvements to Harvest Land; his administration’s response to the COVID-19 pandemic; and he plans to “end stifling federal regulations” on oil and gas production.

His long-stated belief of Osages returning to the Osage Nation to live as a tribal people depends on the acquisition of land, affordable housing, a revived Osage language, protecting the Osage culture and building a new broadband internet network, he said in the release.

Standing Bear said he seeks to build up tribal enterprises to overcome difficulties encountered before his election. Ventures in aerospace, military and other federal contracts, and the establishment of the first Osage financial institution are at the forefront of the work of his next term.

Standing Bear is a former practicing tribal law attorney and lives in Pawhuska with his wife Julie. They have four children and eight grandchildren.

Osages interested in running for Principal Chief and Assistant Principal Chief in the 2022 general election must file for candidacy between Dec. 7 and Jan. 10, 2022, according to the Wahzhazhe Elections office. Those candidates, as well as Congressional candidates, will be subject to background checks for any felonies on their records before the candidates are certified by the Election Board to appear on the ballot.