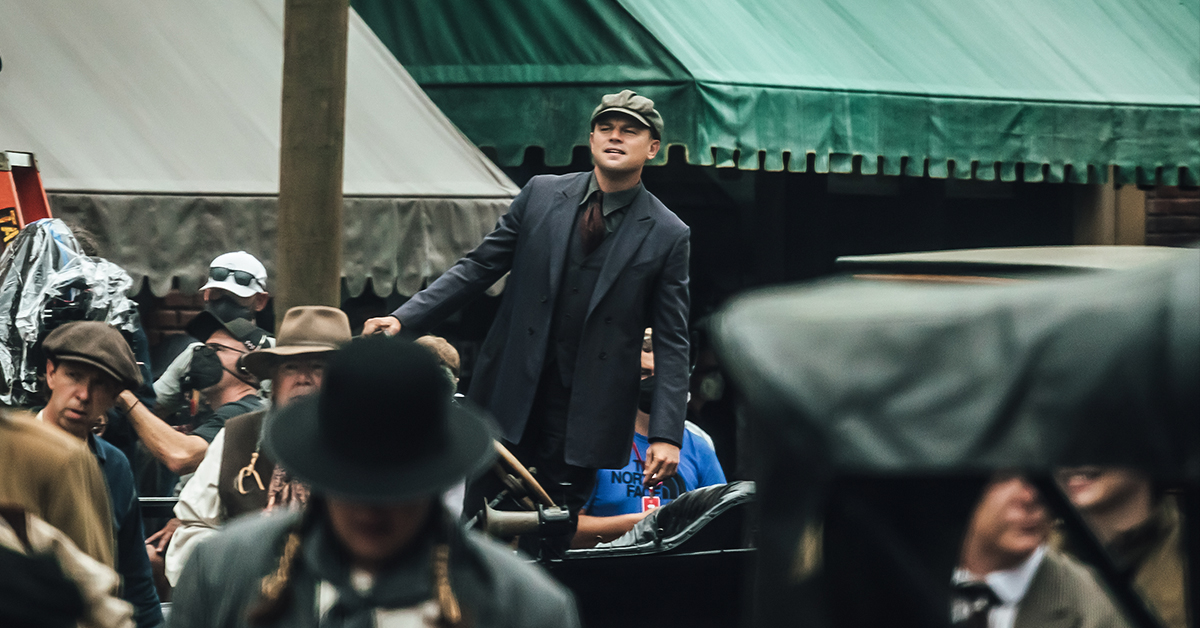 Filming wraps on the set of ‘Killers of the Flower Moon’

Filming has officially wrapped for “Killers of the Flower Moon.”

The presence of background extras in costume, 1920s automobiles and the ever-present film crew wearing N95 face masks are gone. The sightings of the film’s all-star cast will have to wait for the premiere, which is most likely to be in the fall of 2022.

"The producers and the entire cast and crew of Killers of the Flower Moon want to thank the Osage Nation for their great cooperation and participation in the making of the film. It has been a true honor and a privilege to work hand in hand with the community these many months, and we are grateful and happy that everyone has been so welcoming and accommodating," according to a statement from the film’s producers.

An Apple Original Film, “Killers of the Flower Moon” is based on David Grann’s best-selling book of the same name. It’s the story of the Osage Reign of Terror and the FBI investigation into the ring of criminals who systematically murdered Osages for their oil wealth in the 1920s.

The film employed Osages in all aspects of production, as well as Osage actors and background extras. An Osage News article is forthcoming about the Osage crew members who worked on the film and changed their career paths to the film industry.

The community watched in awe as downtown Pawhuska was transformed into 1920s Fairfax. In conversations with crew members, many were honored to work on a Scorsese production, and many were respectful of the story that was being told.

The film’s journey began in 2017 when Imperative Entertainment bought the rights to Grann’s bestselling novel. In 2018, Academy Award-winning director Martin Scorsese signed on to direct and Academy Award-winning actor Leonardo DiCaprio signed on to star. In 2019, Scorsese met with Principal Chief Geoffrey Standing Bear and the Grayhorse community and the announcement was made that Academy Award-winning actor Robert De Niro had joined the cast. Then, in 2020, the COVID-19 pandemic hit, and the world shut down for nearly a year. However, news of the film’s growing cast was shared exclusively with the Osage News and drew the attention of the world.

Film crew began trickling into Bartlesville and Pawhuska in January of 2021 and kept coming. Then, on April 15, filming began with a blessing and a prayer song on the set from the Osage Nation.

Five months later, and just as quickly as filming began, it has gone. Reshoots will most likely take place in New York, according to a set source.

“Working in Pawhuska over the past two years has been a terrific experience! The leadership of the Osage Nation, Osage County and the City of Pawhuska, as well as the merchants on Kihekah Ave. and Main St. were incredibly supportive,” said Mike Fantasia, Supervising Location Manager. “I've worked in many small towns in my career, and never have I enjoyed such a great relationship for so long a period of time as here in Osage County. Everyone we encountered has been supportive, and for that, everyone on the production is thankful."