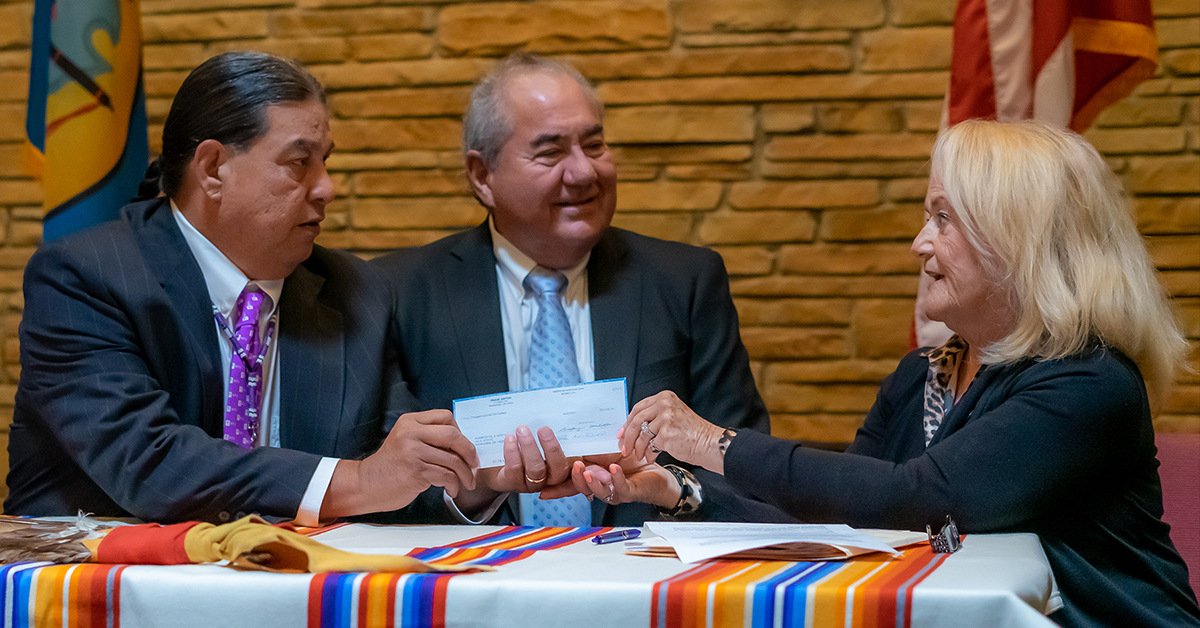 Using available grant funds, the Nation purchased two parcels of land with three existing buildings for $30,000 from Tedisue Witcraft, managing member of Rainbow Oil & Gas LLC. The properties will be used for storage and are located north of Pawhuska.

Principal Chief Geoffrey Standing Bear said in an Osage Nation press release, that he supports the council’s well-plugging efforts. He said, “Even though the land title will be with Osage Nation, the sole beneficiaries are the Osage Minerals Council and the Osage Headright owners.”

The Bureau of Indian Affairs gave the council a list of approximately 1,600 orphan wells on the Osage Reservation when they first began their well-plugging efforts in 2017. However, throughout the process the council has found there are more abandoned wells than originally listed.

Through a multi-year federal funding agreement, the council has continued its efforts. As a result, leftover equipment, including pipe, has been recovered from the remediated well sites and will be stored at the two new locations, said Minerals Council Chairman Everett Waller.

Councilman Paul Revard said the well-plugging process can be different for each well. The process can involve reestablishing a road to the well, rigging up a workover rig over the well, running a wireline to determine the well depth to ensure tools can reach the bottom. All of this is to protect the freshwater zones, and zones capable of producing oil and gas, he said.

“The process usually consists of pumping cement into the perforated producing zones and into any casing leaks identified, then the well-casing is cut-off below plow depth, capped and covered with native soil,” he said.

Revard and Councilwoman Susan Forman described the environmental threats of abandoned wells. Revard said some wells leak oil or saltwater into the ground, which contaminates the soil and can be harmful to wildlife and humans. Forman said if the wells are left as open holes or carelessly closed off then they can pose a threat to human safety, animal life, and the environment, “and need to be sealed or plugged properly.”

“Some are venting natural gas [methane] into the atmosphere, adversely affecting the quality of the air we breathe,” Revard said.

Waller said that Osages are first and foremost environmentalists, and the plugging program is unique to the Osage Nation. “Every abandoned orphan well that is plugged immediately stops the flow of carbon that is being neglectfully released into the world,” he said.

Even though the council is continuing its well-plugging efforts, it has been expressed in the past that the plugging liability does not fall onto the Osage Nation or its minerals council.

“It was ultimately the obligation of the Lessee who has since abandoned these wells,” Revard said. “This occurred under the governance of the Bureau of Indian Affairs, but they do not accept the responsibility for the plugging of the wells.”