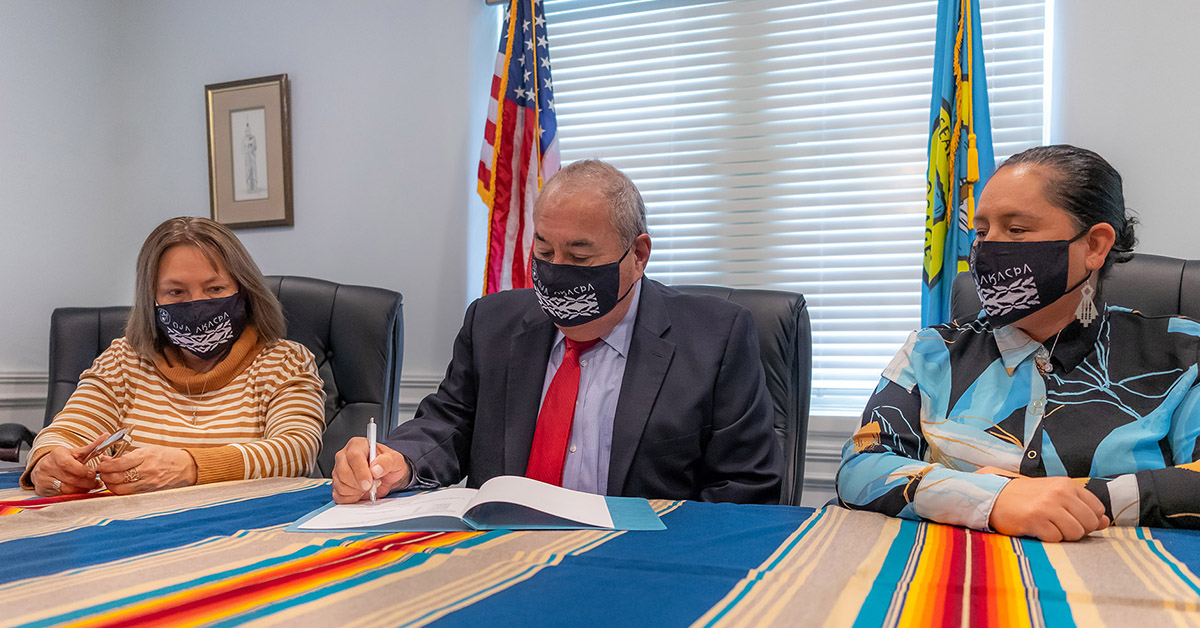 Starting in 2022, the Osage Nation will observe Juneteenth as a holiday after the Seventh ON Congress approved legislation authorizing the additional annual holiday in June.

Revard sponsored the bill after the U.S. Congress approved legislation earlier this year establishing Juneteenth as a federal holiday just ahead of its annual June 19 observance commemorating the end of slavery in the United States.

“On June 17, 2021, President Biden signed into law making Juneteenth an official national holiday, Juneteenth is a holiday celebrated on the 19th of June to commemorate the Emancipation of the enslaved people in the U.S.” Revard said. “The holiday was first celebrated in Texas where on that date in 1865, in the aftermath of the Civil War, slaves were declared free under the terms of the 1862 Emancipation Proclamation. Texas was the first state to make the holiday official in 1980. The only states that have made Juneteenth an official state holiday thus far is Texas, Massachusetts, New York, Virginia, Washington and Oregon. The state of Oklahoma is not recognizing this holiday in 2022. And because previous Congresses have already set forth in law the holidays to be observed, I wanted to add this significant national holiday as well.”

In his White House proclamation for observing Juneteenth as a national holiday, President Biden said: “Juneteenth is a day of profound weight and power. A day in which we remember the moral stain and terrible toll of slavery on our country – what I’ve long called America’s original sin. A long legacy of systemic racism, inequality, and inhumanity. But it is a day that also reminds us of our incredible capacity to heal, hope, and emerge from our darkest moments with purpose and resolve. As I said on the 100th Anniversary of the Tulsa Race Massacre, great nations don’t ignore the most painful chapters of their past. Great nations confront them. We come to terms with them.”

“On Juneteenth, we recommit ourselves to the work of equity, equality, and justice. And we celebrate the centuries of struggle, courage, and hope that have brought us to this time of progress and possibility. That work has been led throughout our history by abolitionists and educators, civil rights advocates and lawyers, courageous activists and trade unionists, public officials, and everyday Americans who have helped make real the ideals of our founding documents for all ... Juneteenth not only commemorates the past. It calls us to action today.”