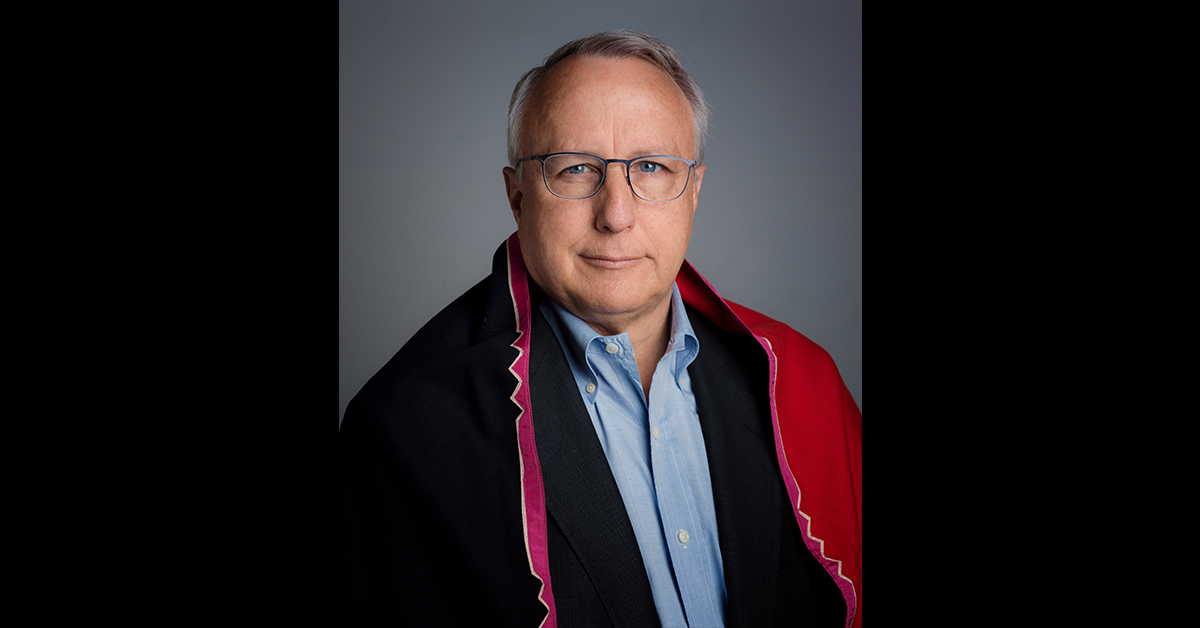 Assistant Principal Chief Raymond Red Corn has announced he will not seek reelection. In fact, he is retiring.

“For the last fifteen years I have served in both the Legislative and Executive branches of Osage government,” he wrote in an Oct. 27 announcement. “It has been a rewarding experience. I’ve told many that in 2006, nothing seemed more interesting than to build a body of law for an emerging democracy. I was more than right. And it was more than interesting.”

Red Corn, 65, appeared on the political scene in 2006 when he was elected to his first four-year term to the Nation’s First Osage Nation Congress. It was during those first four years most of the Nation’s foundational laws were written. Twenty-five of those laws were written by Red Corn. They included the Election Code, the Open Records Act, the Open Meetings Act, the Whistleblower Act, the Administrative Procedures Act, just to name a few.

When asked which legislation he is most proud of he named three. The first is the election code, which he wrote mostly from scratch in 2008 using a framework from the White Mountain Apache. “It took three sessions to get it passed,” he said.

Next was the open records act, and the third, while not legislation, was a turning point in Congressional ethics. It took three tries, but his amendment to the ethics law brought checks and balances. Prior to the amendment, a citizen could bring an ethics complaint against any elected official to the Attorney General, except a member of Congress. Red Corn’s amendment took away Congressional immunity and made it possible for citizens to bring ethics complaints against members of Congress to the AG.

Red Corn was reelected in 2010 to the 2nd Osage Nation Congress, then he ran for Assistant Principal Chief in 2014 and won. He ran for reelection in 2018 and became the longest-serving elected official under the new government. He will officially step down from office in June of next year.

He said over the years he learned much from both his critics and his allies, both in the Congress and the Executive Branch.

“I cut my teeth on ‘the blog’, learned useful principles from Chief Gray, patience from Mark Freeman, Jr., and how to proofread my own work product from the critiques of Faren Revard Anderson, to whom, in hindsight, I owe a debt of gratitude,” he said. “Thanks as well to Chief Standing Bear, who gave me a seat at the table and so many opportunities to influence the future of the Osage Nation. I also wish to thank our Supreme Court justices, Liz Homer, Drew Pierce, and Chief Justice Meredith Drent for their wisdom and jurisprudence. We are lucky beyond words to have such talent and dedication on the bench during these formative years of our government.”

“Over the years I’ve written law, cut ribbons, crowned princesses, and initiated ideas that have become rewarding realities. I’ve also made decisions that, in hindsight, were not nearly as good as they seemed at the time. Humbling experiences occur naturally in politics.”

Principal Chief Geoffrey Standing Bear has served in office with Red Corn for 12 years. First as a Congressman on the 2nd and 3rd ON Congress and then in the Executive Branch from 2014 to present.

“Assistant Chief Red Corn has been someone I could always count on in reading the intentions of the Osage Congress and seeing in the Osage Constitution many answers to government political problems,” Standing Bear said. “His belief in our new government is unshaken and inspirational. I am confident he will continue to be a leader among the Osage people even if he is not holding an elected office.”

Serving as Assistant Chief, Red Corn focused on organizational issues, agriculture, and technology, including the creation of Skyway36, according to his bio on the ON website. He led efforts to acquire and plan development of new properties, prioritize acquisition, and work cooperatively with local governments. Also known for his ability to navigate and negotiate land purchases, it was Red Corn who helped Standing Bear negotiate and acquire the 43,000-acre Osage Nation Ranch from media mogul Ted Turner in 2016.

Red Corn is also culturally active, having been asked to be a member of the Pawhuska District’s dance committee since 2006. He and his wife Louise live just south of Pawhuska. He is a father of four grown sons and a grandfather to seven. Inspired by his sons’ academic achievements, all four have master’s degrees and two have doctorate degrees, he went back to school part-time in 2010 and graduated in 2017 with his Bachelor’s degree in Business Administration with a Management emphasis.

“Serving the Osage Nation has been an honor and a privilege, but as we age time becomes a limited resource for all of us. I will not file for public office in the upcoming election, choosing instead to make time for family and make room for younger leaders to seek this office,” he said. “Thank you again for the honor of serving this Nation and its people.”