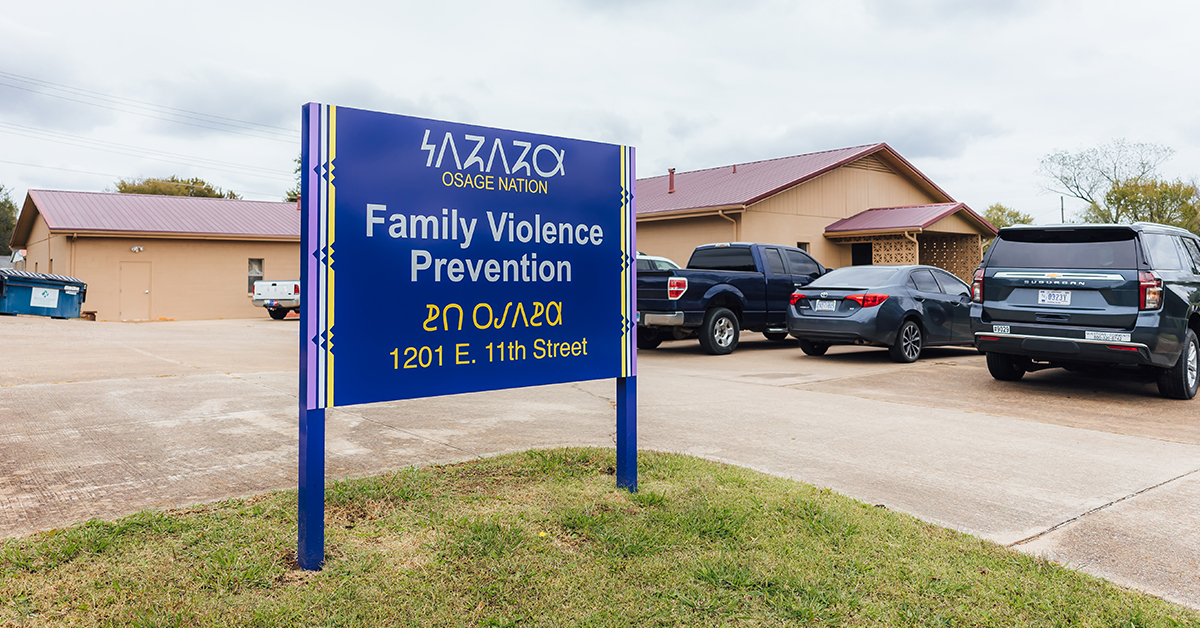 TULSA, Okla. – Advocacy and information could not be more important for domestic violence victims, especially when the cases hit close to home.

On Sept.17, James Turner was arrested and sent to the Tulsa County jail on a $1 million bond for allegedly hiring a hitman to kill his wife for $500. Oklahoma’s News on 6 shared that investigators experienced a long history of what they call increasingly erratic and dangerous behavior from Turner. The alleged hitman Turner hired to take the job, never intended to go through with it. The affidavit said the man took Turner’s money but also recorded their conversations, then handed it all over to law enforcement.

Documents said Turner's wife was leaving him and she had a protective order against him because Turner said things like, "get the kids and go somewhere because what is going to happen next is not going to be good," and "the next time you leave, it will be in a body bag." However, records show it didn't take long before Turner was accused of violating that protective order multiple times. Thanks to the Osage Nation Family Violence Prevention Department, the victim and her children were assisted and protected.

Situations like this and others like it happen far too frequently. In the last six months alone, the Violence Prevention Department served 160 victims of domestic violence where 100 were victims of intimate partner violence, 63 were Native American and 32 disclosed that strangulation was present which is one of the most lethal forms of domestic violence causing unconsciousness within seconds, and death within minutes. ON Prevention and Awareness Advocate Alexis Sutton expressed gratitude that their services are utilized, but that they could be utilized more.

“There is an enormous amount of shame that surrounds the stigma of being a domestic violence victim,” Stutton said. She explained that one of the most important steps for someone suspecting a person in their life is a victim of domestic violence is to avoid judgmental confrontation.

“Let this person know you are an ally so they can disclose when they are ready. When someone does disclose, avoid judgment and blame. Listen to them, believe them, and ask what more you can do to help,” she said. If someone needs help with safety, it’s important to reach out to the 24-hour crisis line at 866-897-4747. From there, the Violence Prevention Department can provide the victim with shelter alongside a multitude of additional services like transportation and legal services.

For those experiencing domestic violence, the number one piece of advice the Violence Prevention Department recommends is to create a safety plan. Knowing what to do before, during and after an incident will aid in keeping the victim and their children safe.

“We can help create a safety plan that is tailored to each victim’s situation and create a plan specifically for children. We are here to assist and provide support with every step of leaving an abuser, especially because navigating law enforcement and the court system can be intimidating,” Stutton said.

Stutton explained that domestic violence is a silent and deadly epidemic that affects people worldwide and that it’s everywhere and often closer than you think. Your friends, family members or co-workers could all be victims of domestic violence and if someone is willing to disclose that they are a victim it is important to support them, believe them and contact the Violence Prevention Department for further resources.

Although James Turner’s story shows the extremity of domestic violence, abuse can show itself in many forms as physical, sexual, emotional, economic, psychological, or in the form of threats, stalking, and cyberstalking.

If you or someone you know might be a victim of domestic violence, contact the Osage Nation Family Violence Prevention Department on their 24-hour crisis line at 866-897-4747 or click here for more information. The department serves anyone on the Osage Reservation or Osage County regardless of ethnicity, any Native victim residing in Oklahoma or Kansas, and any Osage victim regardless of where they may reside.