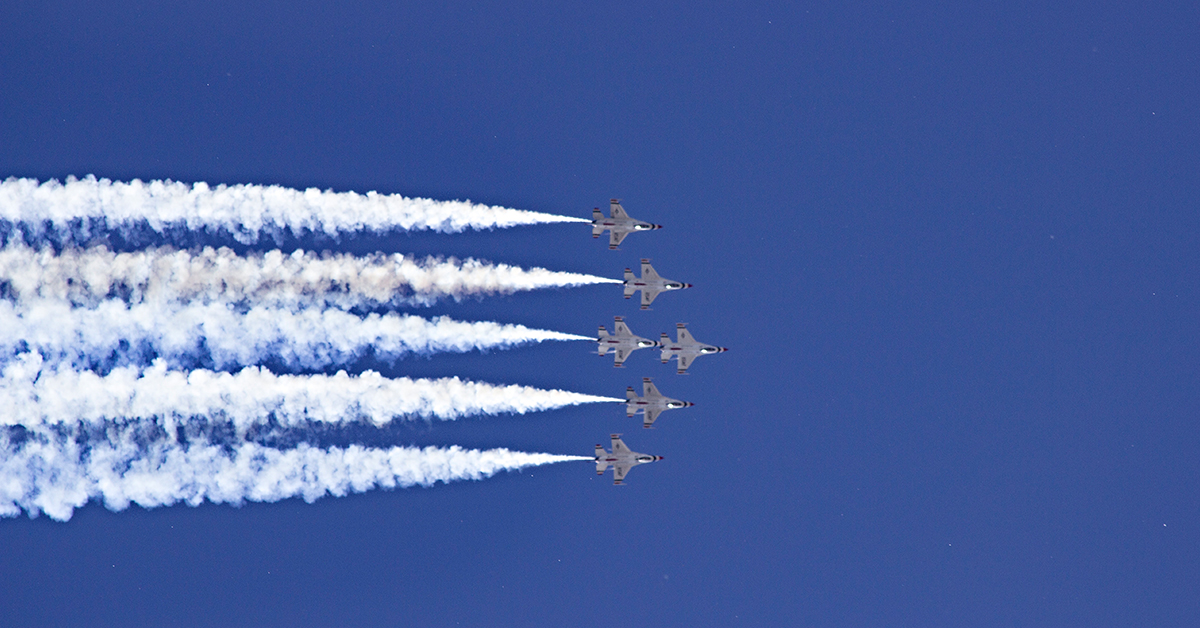 A photo from an air show at the Tinker Air Force Base in 2017. Osage News File Photo

Osage and Native American youth have the opportunity to tour Tinker Air Force Base on Nov. 23 thanks to a collaboration between the Osage Nation and base personnel.

The Nation is sponsoring the day-long field trip to Tinker Air Force Base, which is for area Native American youth in 6-12 grades with Osage preference given priority, according to a news release.

Located minutes east of downtown Oklahoma City, Tinker Air Force Base was named in honor of Maj. Gen. Clarence L. Tinker (Osage). Tinker lost his life while leading a flight of LB-30 "Liberators" on a long-range strike against Japanese forces on Wake Island during the early months of World War II, according to the TAFB website. Today, with more than 26,000 military and civilian employees, Tinker is the largest single-site employer in Oklahoma.

“Tinker Air Force Base offers an incredible variety of cutting-edge career fields,” Principal Chief Geoffrey Standing Bear said in a statement. “This is an exciting opportunity to expose our youth to opportunities available and inspire them to continue working hard for the future.”

Those interested in attending the field trip or finding out more information can call the ON Education Department at (918) 287-5300 or email education@osagenation-nsn.gov. Availability is first-come, first-serve basis with limited spots available.

After the December 1941 Japanese attack on Pearl Harbor, Tinker was appointed Commander of the Air Forces in Hawaii to reorganize the air defenses of the island. According to an August 2013 Air Force News Agency article, Tinker died on June 7, 1942, when his B-42 Liberator disappeared through a formation of clouds over the Pacific Ocean during a mission on Wake Island that he chose to personally lead. Neither the plane nor its crew members were ever found. Tinker received the Distinguished Service Medal posthumously for leading the mission.

On Oct. 14, 1942, the Oklahoma City Air Depot installation was designated as Tinker Field at the direction of Gen. Henry H. “Hap” Arnold, Commanding General of the Army Air Forces.