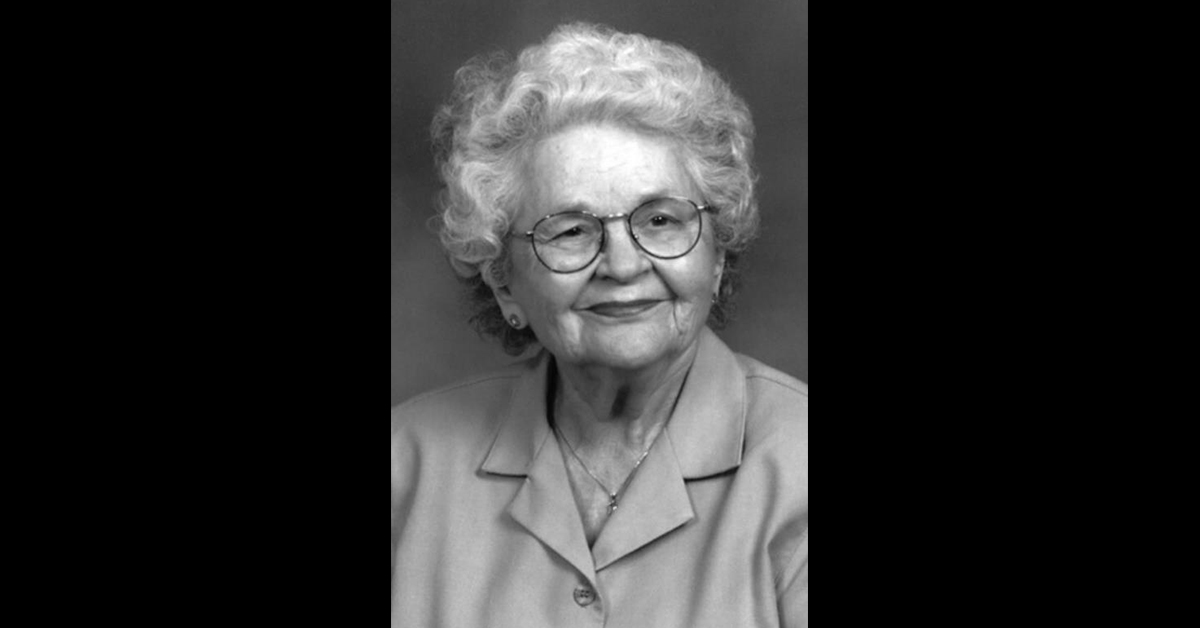 Mary Elizabeth Mosier Bryant, 99, of Perry, Okla., the daughter of Claude and Vena Serena (Privett) Mosier, was born on November 24, 1921, in Albuquerque, New Mexico. She passed away on November 14, 2021, at Stillwater, Okla.

Mary grew up in Arkansas City, Kan., with her three sisters, but when she was eight, the family moved to Maramec, Okla., to live on a 40-acre lake where her dad was the caretaker. She graduated from Maramec High School in 1939 as valedictorian. Her fondest memories were spending time with her three sisters, Claudia, Helen, and Frances. She loved recalling happy childhood days spent in Maramec and traveling on vacations with her beloved sisters.

After high school, she attended Oklahoma A&M (Oklahoma State University) in Stillwater, Okla., and was selected as a Redskin Beauty in 1940 for the yearbook. Her dream was to become a teacher, however, World War II interfered. She met Felix Carroll Bryant at college when they both were working at the Leachman Theater, and they were married in Wichita, Kan., on July 4, 1942. While her husband was away serving in the U.S. Air Force, Mary began work in the tool design and planning department at Beech Aircraft Co. in Wichita in 1943 to help support the war effort. When the war was over, she and her husband moved to Ponca City, Okla., where they joined his father in Bryant Electric Co.

Mary was active in the First Christian Church in Ponca City for over 60 years, Mother’s Club, Homemaker’s Extension, Sigma Gamma Phi, and a member of the Osage Nation. Her father was an original allottee on the Osage tribal roll, and she was very proud of this affiliation.

In 2012, she moved to Perry, Okla., to be near her daughter. She attended the First United Methodist Church and was a member of the Women’s Prayer Quilting group there. She won several ribbons in the Kay and Noble Co. Fair for her quilting and other sewing projects.

Arrangements are under the direction of Trout Funeral Home of Perry, 1408 N 7th St, Perry, OK 73077. Burial will be at the Odd Fellows Cemetery in Ponca City, Okla.

A memorial service will be held on Saturday, December 4, 2021, at 10AM at the First United Methodist Church of Perry, Okla.

Memorial contributions may be made to Hearts For Hearing online at https:// heartsforhearing.org. We invite you to leave a message of condolence, expression of sympathy or perhaps share a memory of Mary at www. troutperry.com.