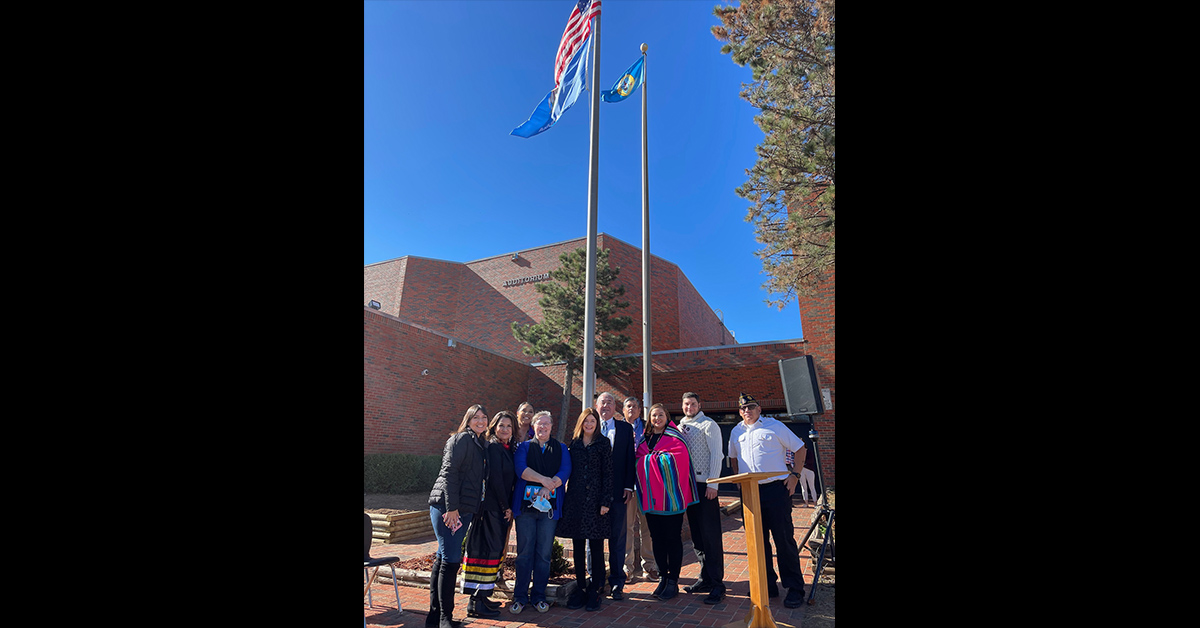 School officials, along with Osage Nation government officials, attended the outdoor midday ceremony with celebratory and observation remarks. In announcing the tribal nation flag acknowledgment ceremony, TPS said the Osage flag will continue to fly throughout the year at the school. The district also hosted similar ceremonies in November for the Cherokee and Muscogee nations at other school sites.

“In Tulsa Public Schools every single day, we believe strongly and make it a part of what we do, to not just acknowledge, not just recognize, but to truly celebrate the diversity we have among our students, our team and all of our families,” Gist said at the event. “The cultures that make up our community and school teams are what makes us special, and they are truly a cornerstone of everything that we do. A real cornerstone of that includes the 52 Native American nations that are reflected in our student body and our amazing Indian Education team led by our coordinator Shari Williams ... They provide critical services and resources to more than 3,000 Native American students (in the district) and they work urgently to ensure that those students have access to academic support and also to enrich their cultural identities, as well as strengthening the connections that they have with their heritage and their history, but also the relationship that they have today with the nations that they are citizens of.”

A student read a land acknowledgment noting Tulsa sits on the boundaries of the Osage, Muscogee and Cherokee nations “and we honor them.”  Afterward, Gist introduced Principal Chief Geoffrey Standing Bear to share some remarks for the occasion.

Standing Bear shared some memories of his family members while growing up while living in Tulsa and visiting the Nation. He also shared a recent poignant moment when he was greeted by Osage children in public who spoke basic sentences to him in the Osage language.

“There’s hope for us, we’ve all got to have hope,” Standing Bear said. “You young people, we have so much hope in you, it’s all of our lives, our parents, our grandparents, our great-grandparents, it’s all coming down to you. Our job is to support you, make a good safe place, make a good home … You respect us, which is good, when raising this flag. I’ve got to say something about these flags, it’s about the people who live under them. That’s what it’s about and for us, our people who follow the drum. That drum is sacred to us, these songs that the men and women who sing with them, they have a lot of words in them. Like my uncle Morris used to say, ‘it’s our version of poetry.’ And they take all that time, they work, they go to school, they take the time to remember, learn, and teach and work together – What a commitment! So, we’re blessed to see (the drum group) do this for this event, it’s symbolic in a lot of ways. Think about us, we’re Osage, every tribe’s got good ways, their own different ways, for us, I was told our people follow that drum. I want to thank you all for showing respect to the Osage people.”