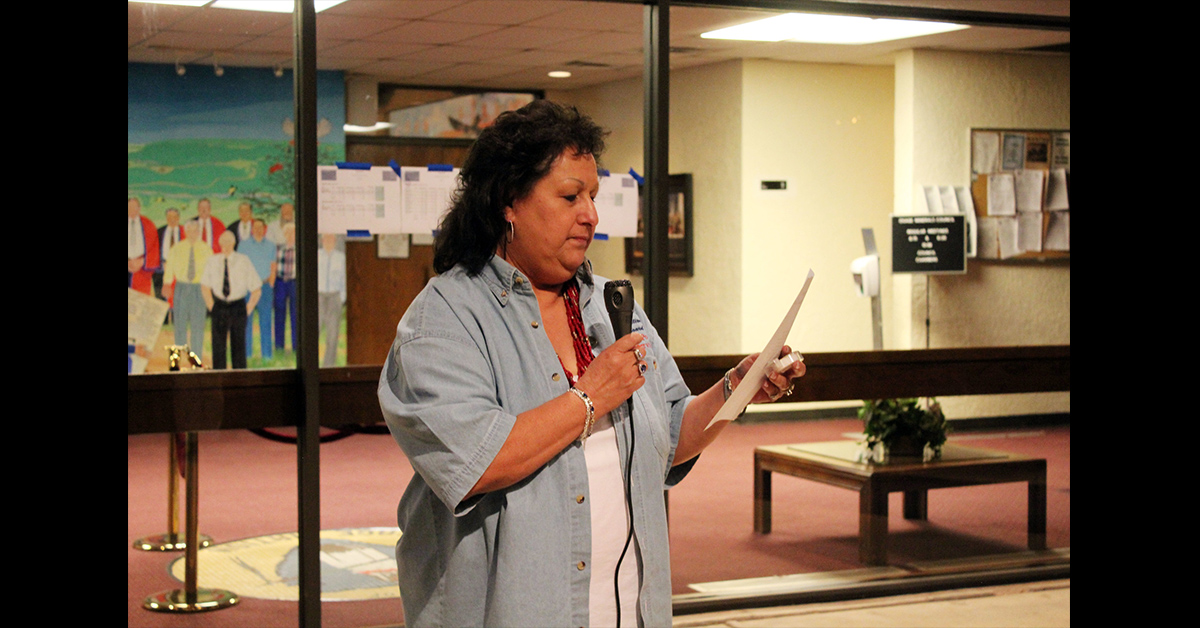 The election of the 5th Osage Mineral Council will be conducted on the first Monday in June as it has been done since 2006. The 2022 OMC election date is June 6, the same day as the Osage Nation General Election, with absentee ballots hitting mailboxes in the month prior to the election.

The minerals council appoints a supervisor who is charged with carrying out the Osage Mineral Council elections. The fourth OMC decided Billie Ponca will be the supervisor for the 2022 election.

Ponca’s duties include printing ballots to show the name and office of the nominated candidates and show the value of the respective ballots, arranging for a polling site, preparing for receiving absentee ballots and prospective voters, arranging voting booths for privacy, respect and carrying out rules for conducting the election and dissolve voter disputes with the election board judge.

The elections board will consist of the supervisor, Ponca, the assistant supervisor, five judges, and five clerks. Two judges shall remain in the room with the supervisor as ballots are counted. One or more judges can act as official counters, while two or more clerks shall record the value of the votes. Other officials’ duties are to assist in conducting the election.

The list of voters will come from the Superintendent of the Bureau of Indian Affairs Osage Agency, Robin Phillips. She must give the supervisor a list of names, last known address of each eligible voter, and headright interest value shown on the last March quarterly annuity roll. The supervisor will use the list to check off names of each voter as ballots are cast and determine the right of any individual to vote if their right is questioned. Any person presenting themselves to vote may be challenged by any qualified voter. Lastly, the list of voters minus the headright interest will be given to each candidate running for the OMC.

No later than March 28, 2022, OMC Chairman Everett Waller will issue an election notice and appoint the election board members. Included in the notice is the date, time and place of the election, qualifications of voters, methods and closing date of nominating candidates, how to locate names on the ballot and names of the election board. The list will be approved by the minerals council then sent to each qualified voter.

Candidates must file their petitions, which have 25 signatures from qualified voters, with the supervisor by April 4, 2022. Applications for absentee ballots shall be made in writing by the voter and sent to the supervisor at least 10 days before the election. Those absentee ballots must be postmarked and in the Pawhuska Post Office prior to 8 a.m. on election day.

Osage News will follow the election of the Fifth Osage Minerals Council as it continues.