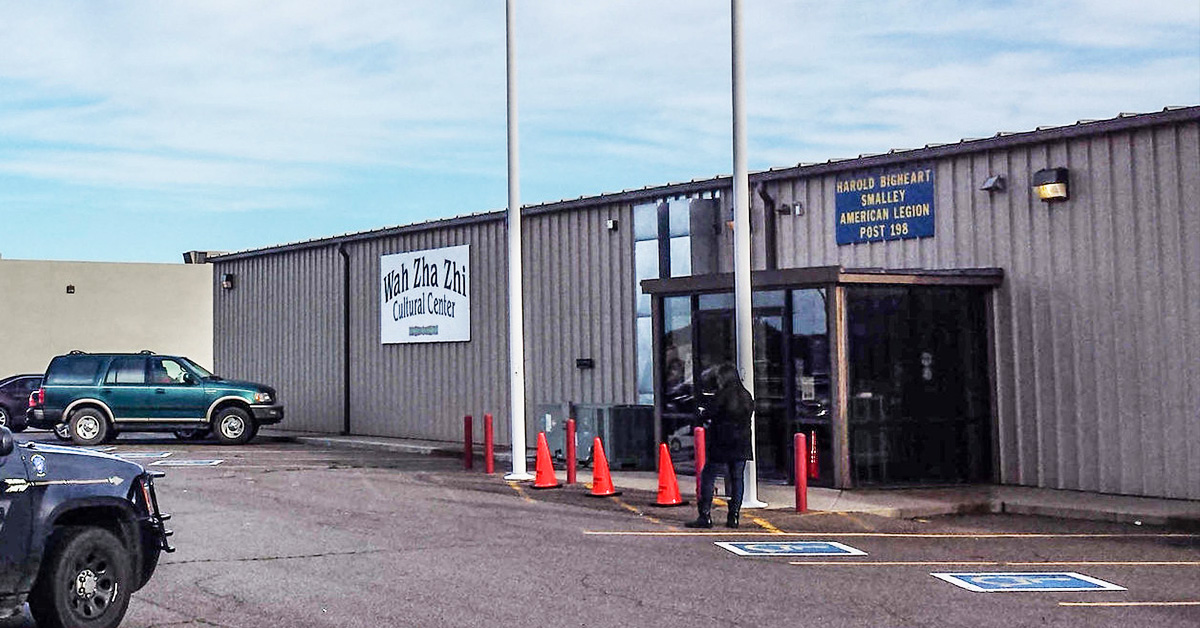 For the 2022 election year, in-person voting will again take place at the Osage Nation Civic Center in Pawhuska due to the ongoing COVID-19 pandemic.

Historically, the Nation’s government elections have taken place “on the hill” at the government campus, except for a few recent years, including the June 2020 general election. In keeping with Centers for Disease Control recommendations, the Civic Center venue’s open space allows for social distancing for voters planning to mark their ballots, according to election officials.

Election Supervisor Alexis Rencountre said the Civic Center “seemed to work out nicely in the last election.” She said masks will be required again in the polling place and those who do not have a mask will be provided one. Other precautions will include available hand sanitizer and pens used for marking ballots will be cleaned throughout the day. The ON Civic Center is located at 1449 W. Main St.

The Wahzhazhe Elections Board and office staff met and discussed the polling place plans on Dec. 17 with the candidacy filing period open for Osages interested in seeking Executive Branch office. Election Board Chair Shannon Lockett also agreed with using the Civic Center again, adding “it seemed to work out nicely in the last election” with the pandemic that reached Oklahoma in March 2020.

The Executive Branch candidate filing period started Dec. 7 and closes Jan. 10 for those running for Principal Chief or Assistant Principal Chief. Filing for Congressional candidates will be Feb. 1- March 7, 2022, according to the Election Office timeline. Also, duly appointed/ confirmed and re-elected judges who serve as ON Supreme Court Justices or as the Trial Court Chief Judge who are eligible for retention votes may file for retention in the same Feb. 1-March 7 filing period, for their respective names to appear on the General Election ballot.

In accordance with the 2006 Osage Constitution, the General Election will take place June 6 – the first Monday in June in every even-numbered year after 2010. A primary election is tentatively scheduled to take place April 4, but “If two or fewer candidates for Principal Chief or Assistant Principal Chief file by the filing deadline, those candidates shall advance to the general election,” according to the election code, meaning no primary election would be held.

For the polling place, Rencountre told the board masks are still required in Nation government buildings and she believed the mandate would remain in place as the election days come.

On Dec. 21, the Oklahoma State Department of Health announced the “Omicron variant of COVID-19 has been identified in Oklahoma. We have known for some time that COVID is not going anywhere. The good news is, as new variants come on the scene, our resources in the state are plentiful. Early research is indicating that the mitigation methods we’ve been using to combat COVID-19 are still the best way to detect and prevent severe illness from the Omicron variant,” said Keith Reed, interim Commissioner of Health. “Getting your COVID-19 shot is the best way to protect yourself and others, even from new variants like this one. Wearing a mask, especially in crowded indoor places, can also help protect you from infection. And if you are experiencing symptoms of COVID-19, tests can tell you if you are currently infected and are available at pharmacies across the state. Tests can also provide the reassurance that your holiday gatherings are safe.”

For more information on the ON elections, filing for candidacy, or to register or update addresses for voting, and to request absentee ballots, contact the Election Office toll-free at (877) 560-5286 or visit its website at www.osagenation-nsn.gov/what-we-do/elections