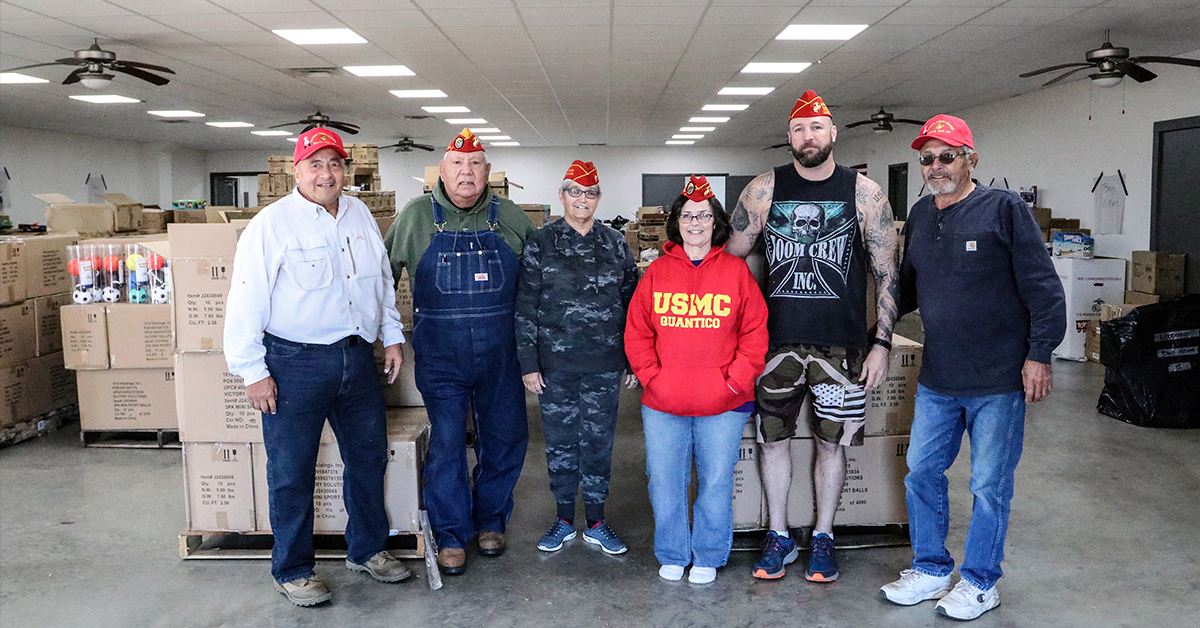 It was a very busy holiday season for the Marine Corps League Osage Detachment #669. This year they received a record number of toys from the Toys for Tots Foundation and were able to give toys to every school within the Osage Reservation for the first time.

Thanks to the efforts of its members and networking with Toys for Tots Foundation President/ CEO, Marine Lt. Gen. (Ret.) James B. Laster, the Osage Detachment will begin working on recruiting more tribal nations within Oklahoma to join Toys for Tots.

In past years, the MCL Osage Detachment has assisted with Toys for Tots efforts at the Broken Arrow-based Marine unit and then obtained toys to distribute within the ON reservation to children in need.

Mashunkashey said they were preparing to receive the toys and setting up signs for the 11 public schools within the ON reservation, and the Nation’s schools when it occurred to him that they might need more help.

“They didn’t say how big of a truck, or if the truck would be full, whether it was a small or a big truck, just that they were sending a truck,” Mashunkashey said with a laugh. “Then a semi-truck pulled in with a 53-foot trailer and 26 pallets inside stacked to the ceiling. We couldn’t even get them in the door.”

They called in reinforcements and the Osage Nation Tribal Works department came as well as a crew from the City of Pawhuska. Together, they managed to get the pallets out of the truck and into a building at the Osage County Fairgrounds.

To help sort toys and make deliveries, MCL Detachment members were there and the American Legion Motorcycle Riders. For four days they delivered toys to every school on the reservation for children in grades Kindergarten through 8th grade, complete with Santa Clause suits.

Mashunkashey said the MCL Osage Detachment is the only Marine Corps detachment in Oklahoma formed by a tribal nation and was chartered in 1988 by WWII veterans. There are over 70 members and each one is Osage, he said.

“Gen. Laster wants us to be the lead program in the state of Oklahoma in getting all the tribes toys,” Mashunkashey said. “So, we’re working with the 1st Sergeant in Broken Arrow to work with every tribe in Oklahoma. Not only that, but he also wants to go nationwide and have us be the lead program. I don’t know how we’re going to do that, but we’ll do our best.”

For more information on the Marine Toys for Tots program, including ways to donate toys or money and to locate local campaigns nationwide, visit its website at www.toysfortots.org