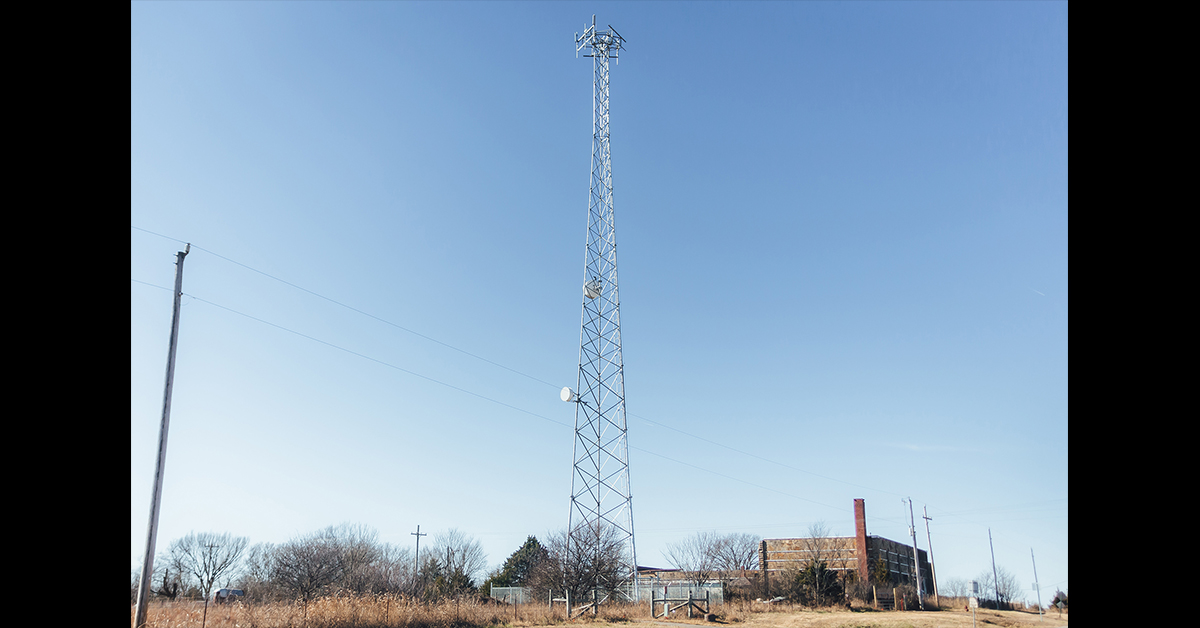 The construction of communications towers and a 30-mile fiber optic link from Fairfax to Grayhorse is near completion. CODY HAMMER/Osage News

WiFi is rolling out in Grayhorse, albeit in phases.

On Dec. 8, Osage Innovative Solutions (OIS), LLC, a subsidiary of Osage LLC, hosted a ribbon cutting and dedication ceremony for the George W. Pease III Technology Center. The modular building, which was installed in August, has six computers and a shared network printer available for community use. The center is staffed by supervisor Jennifer Hensley and part-time support staff Chris Hadlock. It is open from 8 a.m. to 6 p.m., Monday through Friday and 9 a.m. to 5 p.m. on Saturday.

Internet service to individual homes will roll out in two phases: wireless internet first and fiber optic cable second. In a phone call, Jim Trumbly, Director of OIS said the WiFi antennas were being put up and would undergo a period of beta testing.

“WiFi should be available in a matter of weeks after testing,” he said. “Next is running fiber optic cable to individual houses and that’s several months away but that will be a lot faster than wireless.”

Trumbly said they hope the WiFi network will cover a large part of Fairfax, but they won’t know until the antennae are installed.

There will be an application process for the individual internet service and Grayhorse District members can expect to receive information about that process in the coming months. Trumbly indicated that the pricing has not yet been established but most members will qualify for a $75 per month Emergency Broadband Benefit (EBB) program for people living on tribal lands.

“We want to keep it as low as possible as a benefit for the community and obviously want to look at other benefits,” Trumbly said. “We’re trying to structure a model to go beyond Grayhorse.”

Trumbly said OIS will be working with a contractor over the next several years while OIS develops the capacity to operate as the internet service provider.

“Ultimately, we would like to provide high-speed broadband for all of Osage County,” Trumbly said.

In the short term, Grayhorse residents can direct questions about the broadband project to the Tech Center staff or contact Osage LLC. Trumbly said there will be a help desk and hotline set up as the project rolls out.