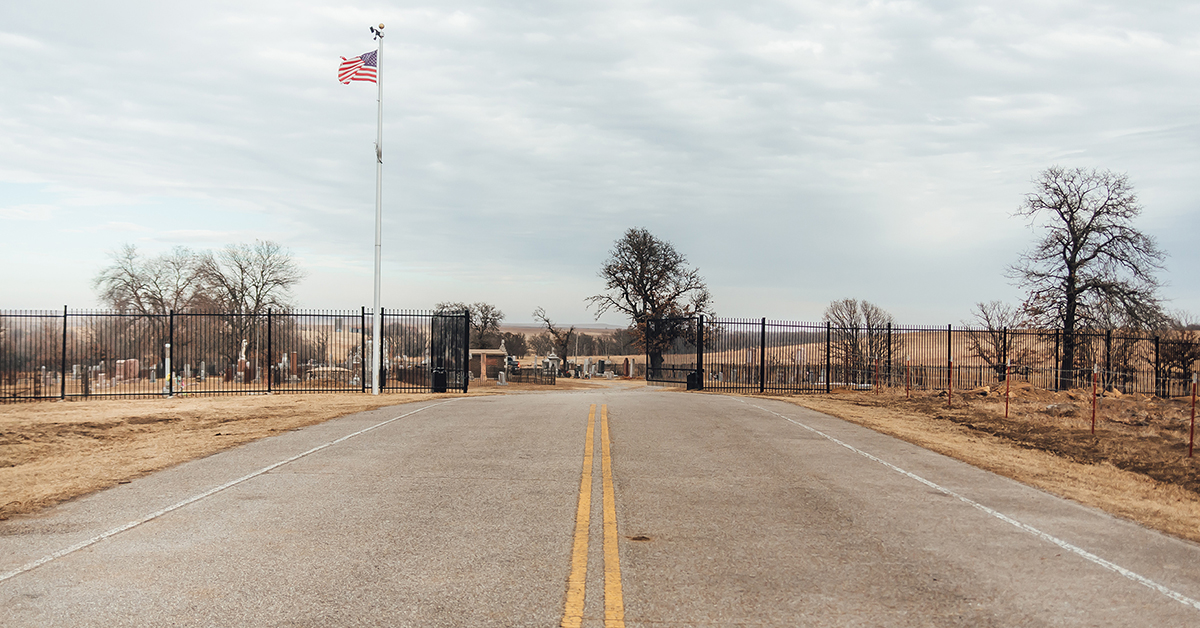 A new fence has been completed for the Grayhorse Cemetery. CODY HAMMER/Osage News

A new fence for the Grayhorse Cemetery is now complete. The cemetery will stay open during the day for those individuals paying their respects to their loved ones interred in the cemetery, but the new gate will be locked at sundown and tourists are not welcome.

Efforts have been ongoing to safeguard the cemetery from tourists and community members who are interested in seeing the graves of Osage Reign of Terror victims.

Chuck Tillman, acting president of the Grayhorse Village Board, said the gate is timed and will open every day at 7 a.m. and lock at sundown.

Legislation sponsored by Tillman’s younger brother, Congressman Joe Tillman, appropriated $250,000 for the project. The ON Foundation also gave a grant of $2,500.

Discussion took place about the project on April 14 during a Congressional Culture Committee meeting. The late George Pease III, who passed away in November of this year after a fight with cancer, was the then-president of the Grayhorse Village Board and oversaw the project. He said at the time, the new gate was a proactive move to protect the cemetery from fans of the upcoming Martin Scorsese-directed film, “Killers of the Flower Moon.”

Pease said the village board previously cleared the area and conducted ground-penetrating radar to identify unmarked graves. This helped to mark the boundaries of the cemetery while expanding it to the north and west. Recent efforts made it more driver-friendly for larger vehicles and trucks maneuvering the narrow roads.

Congresswoman Jodie Revard said the cemetery is already the interest of many tourists. She took an Osage County tour of the area and on the tour, someone wanted to travel to Fairfax to “see where the house blew up and if there were any bone shards.”

“I know this is a thing, and people are weird and are showing interest … and curiosity about this movie and it’s going to be out of our control,” Revard said. “What we can control is who accesses the cemetery.”

The cemetery sits on 3.02 acres of Osage Nation Reservation land, donated around the time of 1906 by Wilson Kirk, an Osage original allottee from the Grayhorse District.

The Grayhorse Cemetery is a private cemetery, and the Osage Nation Police Department regularly patrols. If you or anyone you know sees irregular activity at the cemetery or in the Grayhorse Indian Village, please call the ONPD at (918) 287-5510.