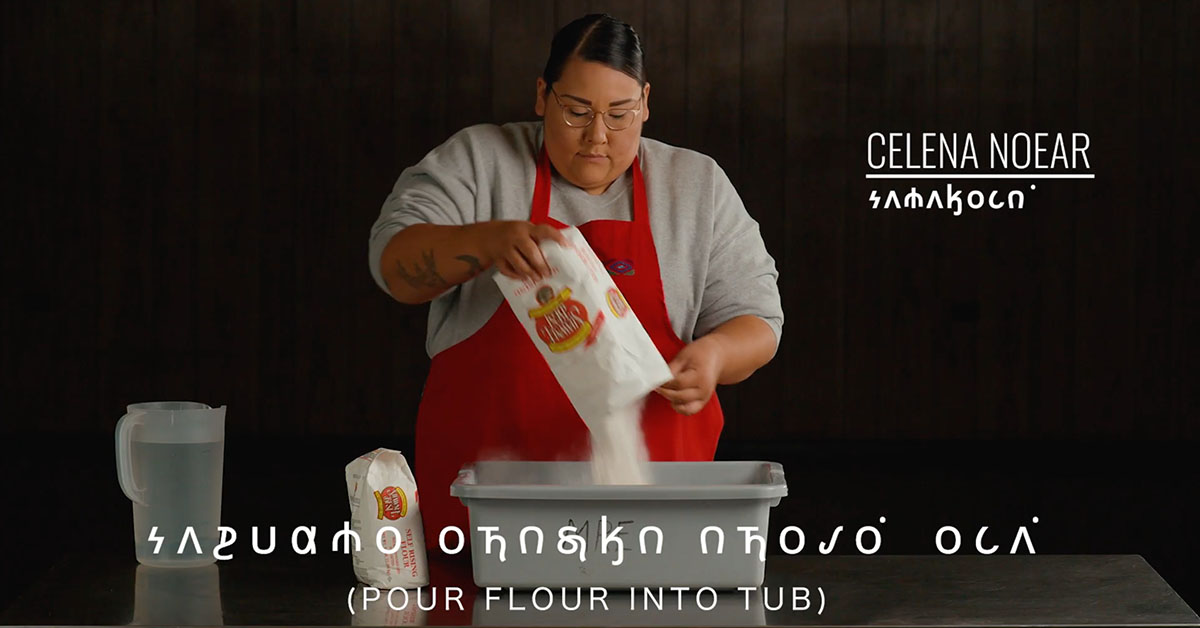 I have mixed feelings about frybread. I eat it, of course. It’s part of being together as Indians, as Osages, beloved cooks mixing flour in industrial-sized bowls, laughing. But frybread comes from the time they were trying to kill us. The Euro-Americans drove us away from our land, separated us from our lifeways. We were left with inadequate rations of flour, lard, and beef that arrived sporadically.

But, like a lot of things about being Osage or Indian in America, frybread is complicated. The misery of the years we were shoved off our lands in Kansas, separated from our food sources and forced to depend on the government for rations of inadequate quality has been overcome, transformed. The making and sharing of frybread that started when Osages were hungry has been reworked, woven into our communities. It’s part of our culture now, remade with our prayers and spirit.

I know who makes the best frybread in Portland. I’ve had it at Warm Springs and with the Grand Ronde, but I’ve not made it myself. I started thinking about making it after I watched Osage Nation language teacher and Osage Cook Celena Noear make frybread in the Osage Nation’s Cultural Connection Series. The video, beautifully made by Ryan RedCorn, is a collaboration between the Osage Nation’s Language Department and Cultural Center. Seeing Celena work is like being transported to the Inlonshka, to various community events, funeral meals and camping trips. The series includes grape dumplings, peaches, and meat gravy among other topics.

I watched the video, and I was reminded how the Osage cooks always make the meals come together perfectly and always make it look easy. I watched Celena prepare a batch of frybread using ten pounds of self-rising flour and three gallons of oil in a cast iron metal bread fryer, narrating the instructions in Osage, and then I started talking to friends and looking for a recipe.

Sylvester and Alice Tinker’s 1955 cookbook, Authenticated American Indian Recipes, is arty—the right side is cut in the distinctive profile of a Lakota-type chief. It starts with frybread but calls it a word no longer used to describe Indian women. The recipe advises using “flour enough to make about like biscuit dough,” which wasn’t enough detail for me, so I started calling Osage friends and family, which was more fun than diving into the Hominy Friends cookbook or searching online.

Oregon Osage Caroll Loomis shared her Aunt Francis’ recipe, and it came like family recipes do, on a piece of notepaper from a local business. “Anyone can make frybread,” Caroll encouraged.

A photo of a pan on the stove ready to make frybread for Christmas that Lenzy Krehbiel-Burton, my Cherokee friend and former Osage News colleague, shared on social media put me at ease.

Saturday, my husband and I got out the ingredients. He’s the baker between the two of us. Our small grocery doesn’t carry self-rising flour, so we adapted. We talked toppings and amendments—he’s Norwegian and wanted to add cardamom. Caroll makes maple frosting for her husband sometimes. She said they’d had theirs with pear and plum freezer jam this time.

Our frybread was good. Not bad at all. We ate it with strawberry jam and with cinnamon and sugar, relishing the bites. I couldn’t help thinking how unhealthy white flour and fat is, how beautiful the Native food sovereignty movement is, and how proud I am of the Osage Nation’s Harvest Land Farm.

In 2021, I participated in a Diabetes Prevention Program through the Cowlitz Tribe nearby. I lost some weight and built some good habits. I have never heard the coordinator say any food was off-limits, not my daily lavender lattes nor my chocolate sorbet. I think she’d say the same of frybread: not a lot, not all the time.

We want all our people here, living healthy.

I got the best advice from Lenzy, who said you need to give “the dough enough time to rise and breathe before throwing it into the hot oil.”