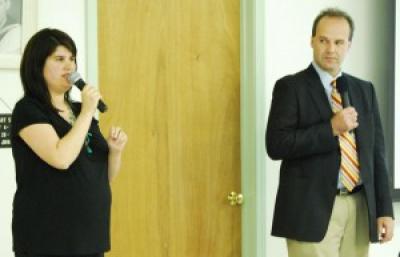 For the first time non-Osage shareholders and entities have been publicly named.

Plaintiffs in the seven-year-old lawsuit Fletcher v. USA, which seeks an accounting and restoration of Osage trust shares from non-Osage shareholders, recently won a judgment in the 10th Circuit Court that allows the plaintiffs to name all non-Osage shareholders as defendants in the case. Attorneys filed the complaint in Federal District Court in Tulsa on June 12, naming 1,747 non-Osage individuals, churches, colleges, institutions and organizations whom they allege own Osage trust shares illegally.

“We had a great victory at the 10th Circuit [Court] level,” said Amanda Proctor, one of the attorneys for the Fletcher case and an Osage tribal member, at a June 11 trust update meeting at the Wahzhazhi Cultural Center. “This was one of many victories our clients have had.”

The plaintiffs in the case – Bill Fletcher, Charles Pratt, Cora Jean Jech, Juanita West and Betty Woody – do not seek money damages in the lawsuit but “instead seek an accounting and the restoration of any and all trust assets the Defendants wrongfully depleted by improperly distributing the trust property generated from the Osage Mineral Estate” during the case, according to the complaint.

Attorneys for the case – Proctor, of Sneed Lang, P.C., and Jason Aamodt of Aamodt Lawfirm – stated there could be names on the list of who that have a legal right to the shares, such as legally adopted children or shareholders with life estates.

The BIA was “unable to provide any necessary explanatory data concerning some categories of recipients . . . such as the identity of legally adopted children,” according to the complaint.

Proctor asked the crowd of more than 100 people at the meeting to review the list carefully and to call her if they saw a name that should not be on the list.

Those who appear on the list that have legal right to their Osage trust share, according to the complaint, are “welcome to provide the Plaintiffs with data demonstrating their privilege to share in the distribution of [royalty] payments.” The plaintiffs also will be working with BIA officials to ensure that each person who makes a legal claim to their share will be verified and will ask the court to name them as plaintiffs and not defendants.